A bunch of new reviews have been popping up at SFFWorld over the past week. Mark churned out three, while Dan cranked out one.

Mark had a chance to look at a very under-appreciated practitioner of classic Sword & Sorcery, Harold Lamb. Mark reviewed Swords from the West: 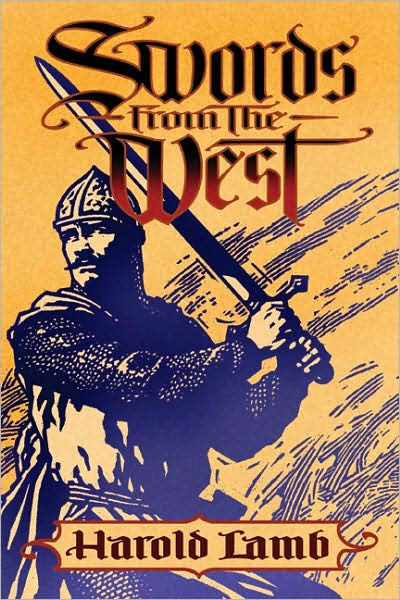 Harold wrote at a time when the pulp magazines were aplenty. His tales of heroes and enemies, of valour and derring-do are of that time (and the tales here date from 1921 to 1953.) Though he was known at the time for his screenplay writing and his historical biographies, like Tolkien before him, he wrote other things as a hobby. These adventure tales were written for fun as well as publication.

But, what fun! There are seventeen tales of the Crusades and the Indian Raj here, most of them not seen since their first publication in Adventure magazine. We meet Nial O’Gordon, young crusader on a life-changing journey to Constantinople, and Sir Robert of Antioch fighting Mongol masses. As you might expect in tales of the Crusades, we meet men who epitomise the conflict, such as Hugh of Dol, a Christian minstrel, and his opponents, the Turks. King Richard the Lionheart also appears on his quest. We also meet Michael Bearn, fighting for vengeance after being betrayed by an Arabian sultan. In the India of the nineteenth century we have Captain John Malcolm and Rawul Singh defending the British Empire against the Afghan Ali Khan and his co-conspirator Gom Gion.

Some times, when presented with a political saga of epic proportions, I can get confused about who it is we are supposed to root for. In The Quiet War there is a big cast of characters but, as you would expect, some are merely props to move the action forward. What I soon discovered, the tale belongs to four major players.
.
.
.
A lesser character but one with the important role of villain is Loc Ifrahim who begins the tale as minor diplomat attached to the embassy on Callisto. His family ties to the dominant Brazilian family cause him to be around at crucial points of the story. Loc’s major character flaw is ambition, an ambition that everyone recognizes. His enemies tend to sneer at his efforts; his allies tolerate them. You just know he will come to a bad end.

Mark also took a look at Johannes Cabal the Necromancer: 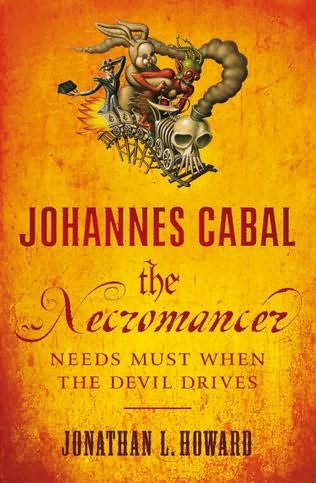 The tale is an old tale done well: that of the Faustian deal. Johannes Cabal, Necromancer wants his soul back, and is prepared to do a deal with Satan to do so. He’s lucky in that he catches Satan in what seems to be a forgiving mood. Result: Johannes is given a year to collect one thousand souls for Satan with their signatures on the contracts.
.
.
.
The books supporting cast also enhance the reader’s impression of events. Johannes’s relationship with his brother is typically familial, being both bickering and yet touching. On a broader palette we meet enemies from Johannes’ past, and are amused by his relationships (or perhaps non-relationships!) with his colleagues and compatriots.


The last review Mark posted was a retrospective/coffee table book on vampires by Charlotte Montague, Vampires - From Dracula to Twilight:

The structure of the book is pretty straightforward, beginning with the background history of the legend and bringing it up to the present. The book is divided into five chapters, with subsections. Chapter One deals with the vampire myth and how the original idea has been recorded in history. Chapter Two shows how the legend has evolved from peasant to nobleman, looking at elements as diverse as vampire babies and vampire immortality. Chapter Three looks at variants of the vampire myth, from female (succubae) and lesbian vampires to the chupacabra and the psychology and anthropology of vampires. Chapter Four looks at historical examples of people connected to the vampire legend, from Vlad the Impaler and Elizabeth Bathory (‘Countess Dracula’) and Fritz Haarmann. The final chapter looks at vampires through literature, pop and film, from Varney the Vampire to Bram Stoker’s Dracula, True Blood and, of course, Stephenie Mayer. Twilight has a whole subsection of its own, which tells the reader something perhaps of the book’s target audience.