The Conqueror’s Shadow by Ari Marmell Review at SFFWorld

This week’s book review is The Conqueror’s Shadow by Ari Marmell. Marmell cut his teeth on some tie-in / gaming novels and this is his first non-shared world/original fantasy novel. He’s got another one coming out from Pyr in the near future, but this one from Bantam Spectra is promising: 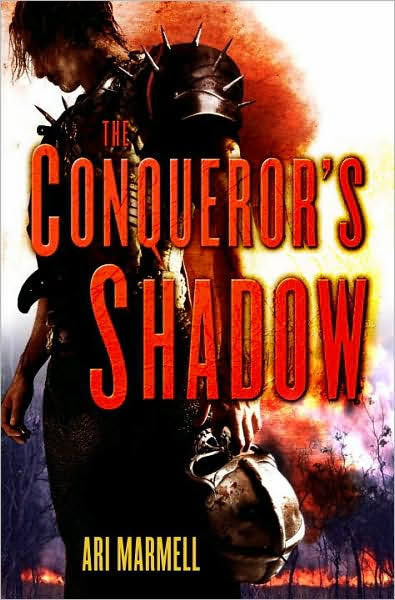 Part of what Marmell seems to be doing in The Conqueror’s Shadow with Rebaine is ask the following question: How possible is it to recapture old glories? Can a once looming and dreadful figure still be the intimidating and powerful Terror of the East? Thematically and superficially, this isn’t too dissimilar to the manner in which Druss the Legend is called back to action in David Gemmell’s landmark novel Legend. The storyline also felt similar to the films Gladiator and Braveheart in that great warriors are called to duty in a somewhat reluctant manner.
.
.
.
The magic is interestingly handled, in that demons inhabit gems and weapons that bend to the will of the wielder can become either sword or axe, depending upon in whose hands the weapon rests. On the other hand, the magic elements seem almost like plot coupons to be used and discarded. I also thought the antagonist, Audriss and to a greater extent, Jaisson (Tyannon’s younger brother) lacked a certain depth despite the intricate weaving of plotting power they both wove.