We’ve got three new reviews up at SFFWorld, two from me and one from Mark. I’ll start with mine, this time which is both a debut novel and the launch of a new series by Kevin Hearne. The series is titles The Iron Druid Chronicles . The first book is titled Hounded and here’s what I thought of it: 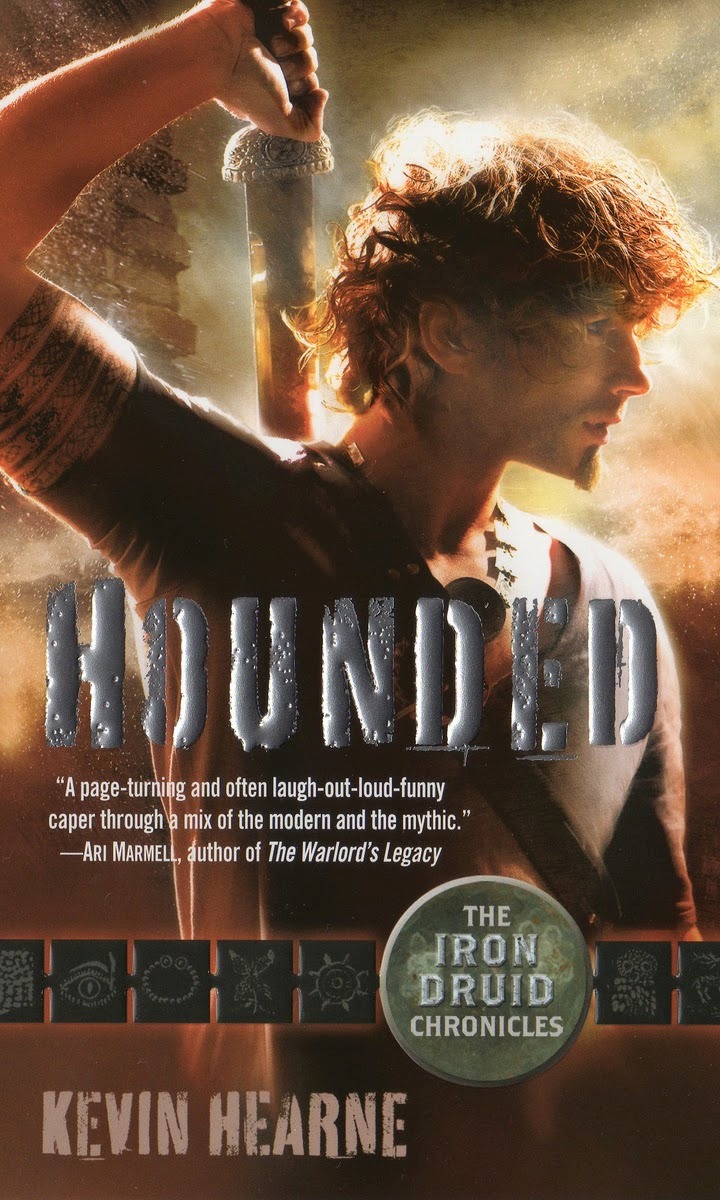 Atticus is a 2,000-plus year old Druid who lives with his Irish Wolfhond Oberon in Tempe, Arizona; runs a shop that specializes in herbal remedies and arcane books; communes with Celtic and native American tribal gods, witches and all sort of supernatural characters. When his arch enemy cranks up the hunt for Atticus, the Druid decides to stop running and confront the Celtic God Aenghus Óg. Aenghus has a somewhat fair reason to have hounded Atticus (whose true name is Siodhachan O’Suileabhain), appropriated Aenghus’s magical sword Fragrach during a battle. So, Aenghus sends his minions after Atticus and the minions get more powerful as the novel progresses until there’s an all-out spectacular battle of magic, gods, and Tuatha Dé Danann to cap off this fine novel.

Although Anno Dracula is Kim writing fiction, it has many of the trademarks of Kim’s other work. It is well researched, immersive, fast paced, and knowledgeable, and it drops sly and subtle genre references into the plot in almost every paragraph, and is very, very clever.

The plot is thus: In 1888 the widowed Queen Victoria remarries, to Vlad Tepes, Prince of Wallachia. Tepes is better known to some as the renamed Count Dracula and as Prince Consort is one of the prime movers in a new repressive police state determined to maintain order between the vampires and the humans (‘Warm Bloods’).

When Whitechapel in London becomes the place of a series of horrific murders, each side is suspected by the other. Vampire Geneviève Dieudonné (from Kim’s own Warhammer series) and Charles Beauregard (of the Diogenes Club (itself a reference to a fictional club created by Sir Arthur Conan Doyle) are involved as they are given the job of the mystery of the Ripper murders.

Lastly, Mark caught up with a book I reviewed last year Conqueror’s Shadow by Ari Marmell

What Ari tries to do here is something interesting, to tell the tale of a Conqueror – Corvis Rebaine, Terror of the East – but by what happens twenty years later, when the Conqueror has conquered and gone away to hide in seclusion with his wife and family.

Of course, his opponents are not going to let him get away with being hidden and his home and family are discovered, with the consequence that he has to don the old armour of ‘the Terror’ and then go off to collect his former allies, the demon Khanda (held captive in a magic token), the ogre Davro and the wood-witch Seilloah, in order to take on his nemesis, Audriss.

So, we have witches, ogres and magic. Not to mention nasty goblins. Nothing particularly new there, either. The plot is really a rewritten The Magnificent Seven re-imagined as Fantasy. The main plot idea - that of the ‘old warrior returning’ is not really new, and goes back to Gemmell’s Druss for example.