Only two books this week after two very big weeks of arrivals.

Halo: Glasslands by Karen Traviss (Tor, Trade Paperback 10/25/2011) – Traviss has been focusing her writing on some of the most popular genre franchises over the past handful of years - Star Wars, Gears of War and now Halo. I’ve only read, but greatly enjoyed, her first three Wess’Har novels, but I think this could be an interesting book.

The Human-Covenant War may be over, but the age of good feelings has not begun. In fact, with the unity that war brings now gone, old divisions once again become visible. Even more ominous are rumblings of a new uprising in the heart of the former Covenant Empire. With dangers on all sides, the UNSC must somehow reassert its presence in hostile territories. A reliable author in a potent trilogy starter set in the post-HALO 3 world. 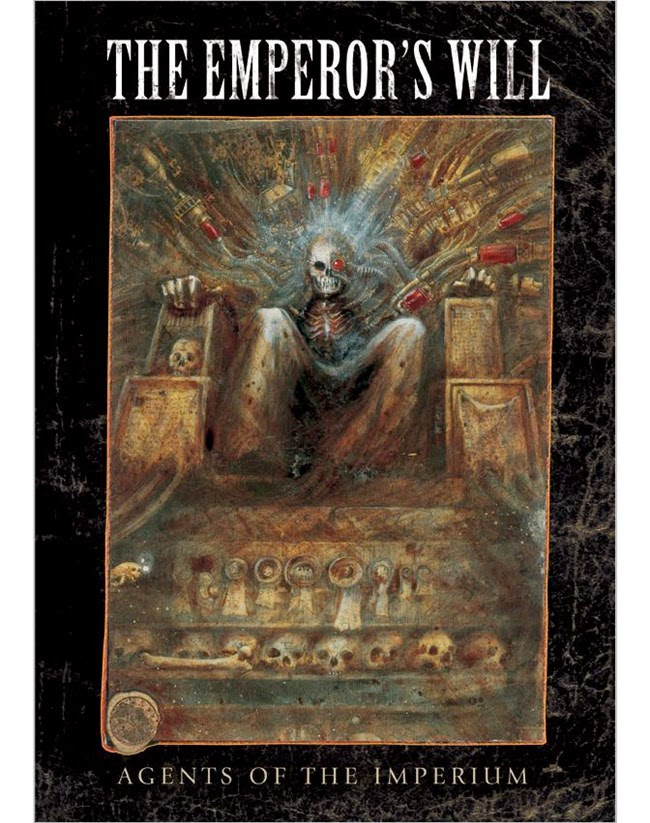 The Emperor’s Will by John Blanche (Black Library Hardcover 11/08/2011) – This is an oversized art book featuring covers and other assorted illustrations from Black Library’s Warhammer 40K line. More B&W illustrations than color, it seems.

Inquisitors, assassins, astropaths, navigators – these and many other agents of the Imperium are celebrated in this glorious full-colour art book.

Packed with previously unseen illustrations from John Blanche and David Gallagher as well as a host of classic images, The Emperor’s Will provides an unparalleled glimpse into the inner workings of the Imperium of man.