Another Tuesday brings links to three SFFWorld reviews to today’s blog post – one from Mark, one from Kathryn (aka Loerwyn aka Cheerwell in the forums) and one from me.

I’ll start with mine, for the rather unscientific and random reason that my review is of a debut novel. T.C. McCarthy’s Germline is not only a debut, but the first book in The Subterrene War Trilogy. I was very impressed with his ability to convey war, bleakness and his overall narrative power. Here’s the standard snippet/cover/linkage:: 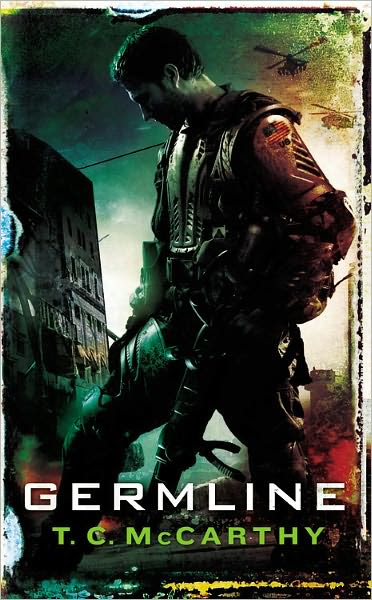 Did I mention this is a bleak novel? Raw might also be appropriate, disjointed as well. McCarthy is after all telling a story of war and nothing is spared – the death, the blood, the sickness, even the pure discomfort of having what is essentially power armor which includes a system to get rid of personal waste – there’s the rawness, and that is merely one fraction of it. Some people may consider disjointed a negative comment, but here, the disjointed feeling of the narrative is, I gather, completely intentional on McCarthy’s part. Again, this is a novel depicting war on the front lines from a protagonist with serious addiction issues and mental instability. There’s almost a dream, rather nightmare, sense as Oscar bounces from platoon to platoon over the course of the novel thanks to the many battles and near battles in which his squads get involved.

McCarthy is juggling a number of themes in Germline, and what shows his skill to an even greater degree is how these themes integrate into a sum of a novel that is greater than their parts. It should be noted that McCarthy has a governmental background so a good deal of the elements in the plot feel genuine.

Kathryn/Loerwyn takes a look at a new book (also the first of a series and the author’s first aimed at a young adult audience) from a writer both she and I have been coming to read a lot more of recently, David Weber. The book is A Beautiful Friendship and is the first of the Stephanie Harrington series spun out of the Honorverse. I liked the story as a short story when I read it the big Weber anthology and hope to get to the novel soon: 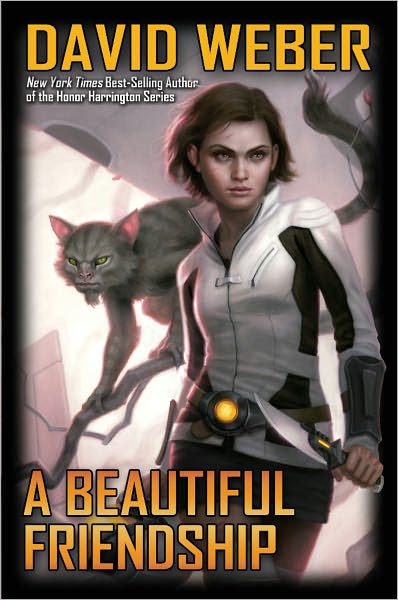 As a read, it's enjoyable. There are moments where I found myself laughing at something a character (usually Stephanie) said, and moments where I was concerned that something terrible would happen to one of the characters. Stephanie and Climbs Quickly are good protagonists and drive the book well, and they interact with other characters in a fairly natural and organic manner. The main plot itself is also interesting and is arguably relevant to what is happening with our own planet and the harm we may be causing to the creatures with which we share the world.
…
Despite the fun I had with this book, I feel as if it's confused as to what it wants to be. On the one hand, the prose is written in a fitting style and it's centred around a twelve-to-fourteen year old girl. On the other, Weber spends considerable time explaining things to readers, such as scientific principles and legal rights, which seem unnecessarily over-complex for a young-adult novel. At one point there was a discussion relating to planetary land rights, the details of which seemed largely unnecessary to the plot whereas a more simplistic explanation would have sufficed. Weber also leaves a lot of the terminology unexplained, although a glossary at the back attempts to explain details such as the dates, but I felt it did so poorly and left me with no greater understanding.

Mark’s catching up with one of the dozen or so, and most recent, of Harry Turtledove’s alternate history sagas, Hitler’s War: The War That Came Early 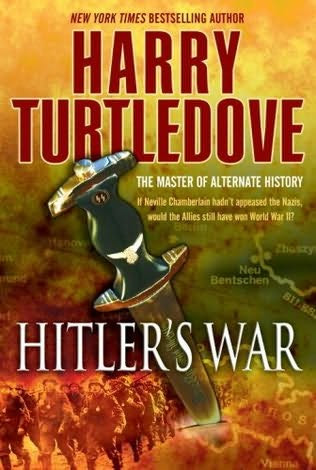 Hitler’s War, the first in an ongoing series, is one whereby the origins of World War Two are altered. In this scenario, there are two major changes. The first is that José Sanjurjo, a general in exile in Portugal returns to lead Spain’s Nationalist fascists in 1936 (during their Civil War) surviving a plane crash. The second is when, during the Munich Conference in 1938, Konrad Henlein, a political leader of Sudetenland Germans is assassinated by a Czech.
…
Against these global backdrops, Harry tells the tale through a broad range of people, from a variety of different backgrounds. The range is broad, the characterisation shallow, though there’s a nice variety of viewpoints from characters as diverse as Czech soldier Vaclav Jezek, Russian bomber pilot Sergei Yaroslavsky, German Panzer Sergeant Ludwig Rothe, stranded American civilian Peggy Druce, Japanese soldier in Mongolia Hideki Fujita, and American mercenary soldier in China Corporal Pete McGill. The list is lengthy! Some survive all manner of awful events, whilst others don’t make it. Part of the fun of these broad sweeps is working out who lives and who doesn’t, as well as realising the difficulties and hardships the author puts the characters through.

Well, that sounds unfair, so I'll explain. I think - as a guy - David is great. From the little I've spoken to him on Twitter, he seems a pretty sensible chap with some sharp wit (We did Treecat puns once or twice), and he's been nothing but a pleasure.

But as an author? I'm... torn. On the one hand I've got to credit him for putting strong female characters out there, but to me his books are impenetrable on some level. I got the science in ABF, but in OBS it put me off so much I had to restart the book months later just to finish it. I tried the next book, got halfway and stopped.

My research into ABF, as encouraged by Mark, lead me into some spoilers for much later Honorverse novels and I would be lying if I said I didn't go "... What?" at some of the events that happen. Obviously I won't spoil them, but it did put a nail in the coffin for me.

Still got Safehold to try, though, but I think I can safely say that won't happen until next year at the earliest.

I think Elizabeth Moon is currently my top SF writer, but I'm not well-read in SF.

Changed it a bit to "read a lot more of recently" - fair enough?

I've been avoiding Mark's reviews and Liviu's reviews of the later books in the series. Still haven't made my way to Moon's SF, but if it is as good as her fantasy, I'll be thrilled.

Oh, I can certainly meet you there :p I didn't mean to be picky, sorry about that.

See, the thing with me is you know my problems with Paks, but I haven't had that with Vatta. Two more books in that series to go, then I'll move onto Serrano.

Fatherland by Robert Harris surely sets the standard for a alternative view on what might have been different if historical pathways took a different turn.