Two more reviews this week, plus a few new interviews at SFFWorld.

Philip Palmer is an author I’ve been wanting to try for some time, and with Hell Ship, which was a real page-turner, I did just that: 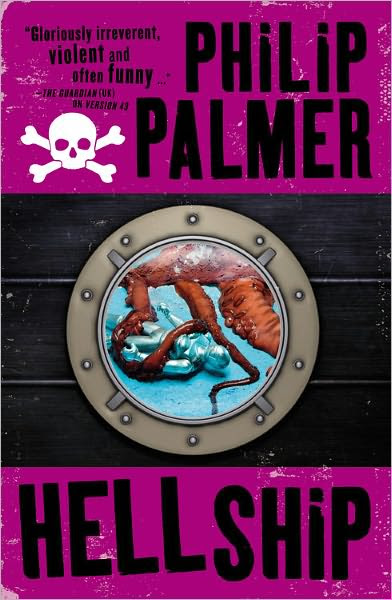 In a lot of ways, this novel can be seen as a chase/quest adventure. Sharrock is placed at the center of much of the story as he continually attempts to bring down the, Ka’un, the monstrous aliens who have been ravaging the galaxies and subjugating the lone survivors of each speacies. He battles other alien inhabitants of the Hell Ship, his ideologies continually clash with that of Sai-ias, and through it all, his uncompromising drive for revenge is a powerful thing that cannot be ignored. The ideologies of Sai-ias (acceptance of bad situation and trying to make the best of it) vs Sharrock (fighting against your oppressors) fuels much of the novel and proves a pleasingly introspective element compared against the intimate violence in which Sharrock participates and the external violence between the Hell Ship and the former pirate now half-AI Jak.


In sum, these elements add up to a solid gestalt story premise. Palmer supports that mish-mash premise with the characters possessing their eminently engaging and convincing voices. From their own points of view, Sharrock, Sai-ias, and Jak are completely believable and sympathetic in their plights. When Sharrock is telling the readers of his frustrations regarding Sai-ias, and vice versa, their urgings and convictions made me share those same frustrations. Palmer did a great job of putting me in the characters heads. I found myself questioning what I would do in their respective situations.

A while back, Mark took a look at a collection of Robert E. Howard’s Conan stories published to coincide with the recent film. Now, he takes a look at, Conan the Destoryer a more authoritative edition from Gollancz, which is the first in series of Conan volumes:: 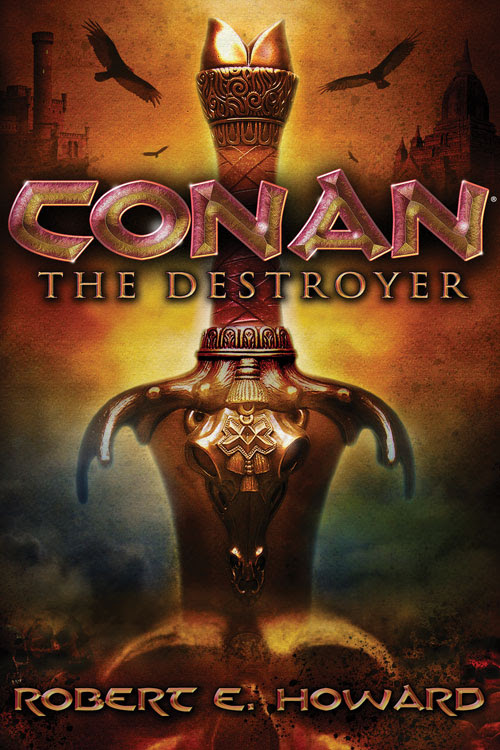 Do we need another collection? Again, the production of small bites of the canon may entice those intimidated by the two-volume Fantasy Masterworks series or the (lovely) del Rey or Gollancz Black Library editions. However, as five of the stories in this new collection are also in Conan the Barbarian, some readers may be annoyed at the overlap. Whereas Conan the Barbarian is a taster, the three-volume set is perhaps more for those who have tried some and want the fuller picture.
…
But what stories! We have tales of the young mercenary Conan (“Elephant”), of Conan fighting alongside women (“Moonlight” and “Vale of Lost Women”) against pirates and giant apes (“Moonlight”), Conan fighting sorcerers and evil wizards (“Colossus”) and corrupt priests and aristocrats (“Rogues”). At their best, they are dark, breathless, baroque and imaginative tales and have an energy that is still quite hard to beat, even if the issues of racism and the old-fashioned roles of women herein can sit a little uncomfortably with contemporary tastes..

Nila (aka tmso in the SFFWorld forums) interviewed Tristis Ward, author of Bones of the Magus