Two more reviews were posted to SFFWorld this past week, one from me and one from Mark.

David Weber’s Safehold saga continues to impress and entertain me. I realize it isn’t perfect (those damned phonetically spelled names and infodumps), but the conceit/premise of the story is intriguing and the way Weber handles some of the characters keeps me wanting to find out what happens next, so for me the good to great really overwhelms the niggles. So, without further adieu, here’s my review of the fifth (and most recent as of November 2011) installment in the saga, How Firm a Foundation: 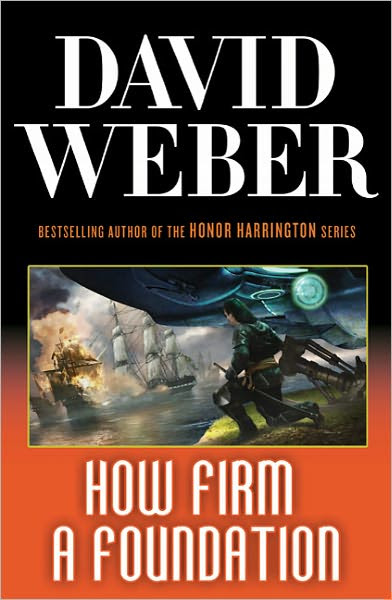 One of the undercurrents throughout the series has been the cautious development of technology due in large part because the Gbaba, the enemies who nearly exterminated humanity, are able to detect when any civilization reaches a certain technological level. While this point has informed the background and the “why” of humanity’s current situation, it has just been that – a background item. Well, here in How Firm a Foundation, Merlin discovers something in a distant part of the world that could be seen as a dampener to the evolving technology of the Charisan empire and the future fate of the ‘archangels’ who set the current society on its rather stagnant state of development. What this did, in my mind, was put something of an endgame to the situation. A warning was made that something would happen in approximately 1,000 years which gives Weber a bottom line to meet, a head at where the conflict will arrive. This is a welcome development to a long-running series.

In the end, I’d sum up How Firm a Foundation, and Safehold in general a few ways. There are stories where you realize they aren’t perfect and you can enjoy the story/novel despite those flaws because the brilliant outshines the dull in a large percentage. Maybe it’s a dense narrative that takes some wading through to get to the golden parts. This book and this series might be described in that way. Weber’s detailed narrative is sometimes overly descriptive and perhaps a bit repetitive. However, the good parts – and they occur enough in the narrative – are superb. The character interactions, the revelation of a previously conceived belief as a complete falsehood, seeing Clynthan rage and start to lose his composure, the emotions that are evident between Merlin and Caleyb and so forth, really help to overshadow some of the denser plot elements.

We’ve also been interviewing quite a few authors lately at SFFWorld, some which slipped through the cracks of my radar in recent weeks.

Carol Berg, who has been relatively popular in our forums as of late, was interviewed recently. Carol's the author of The Rai-Kirah trilogy (Transformation, Revelation, and Restoration), The Bridge of D'Arnath (Son of Avonar, Guardians of the Keep, The Soul Weaver, and Daughter of Ancients), as well as the current Novels of the Collegia Magica (The Spirit Lens, The Soul Mirror, and The Daemon Prism).

Here’s an excerpt of the interview:

4. Most of your protagonists, save for Anne in The Soul Mirror, are male. Are you more comfortable writing male characters than female ones? Did you have to tackle The Soul Mirror differently since the novel dealt with a heroine instead of a hero?

I do enjoy writing male protagonists. Maybe because I have spent a lot of years observing males. Maybe because I love a challenge! I never set out consciously to choose my protagonists. They sort of come to me in the initial inspiration for the story. Certainly I have to approach a female narrator/protagonist differently, in the same way I have to approach the warriors Seyonne and Aleksander differently from the librarian Portier. I like writing strong women who participate in and drive the action of the story, yet I'm not a advocate of chicks in chainmail. And indeed, Anne wasn't my first; there is also Seri, the heart and soul of the four Bridge of D'Arnath books. Another strong, extraordinary woman, though among all the principals of those books, she alone has no power for sorcery.

We also posted an interview with Teresa Edgerton (who also writes under the name Madeline Howard). Some of her books include: The Green Lion Trilogy, The second Celydonn trilogy, The Goblin Moon Duology, and under the Madeline Howard pen name The Rune of Unmaking (The Hidden Stars, and A Dark Sacrifice). 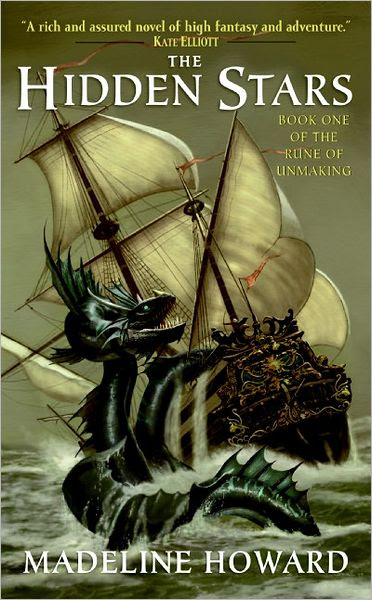 Here’s an excerpt of the interview:

SFFWorld: Yes, you use symbolism a lot in both books, and now that I think of the style of writing you are trying to re-create, I can see all the pieces of the puzzle clicking - nice! How much research did you do for these books? Do you invest the same amount of research for all your books?

Edgerton: Well, it depends. With some books I already know the setting pretty well. When I was writing the Green Lion books and the later trilogy, I had already researched alchemy pretty extensively. I was familiar with the medieval period, and only had to read up on a few subjects. With Goblin Moon and it’s sequel, I wanted to do more research, but it was more difficult finding books on that particular period ... or at least, I didn’t know how to find them.

By the time I was writing The Queen’s Necklace (TQN) I did know how to find them, and where my research notes for Goblin Moon filled up three or four steno-pads, I filled up binder after binder with research for TQN, and was going to libraries thirty miles away to find the books that I wanted. Only a small fraction of that research made it into the book, of course. But it will be there when I want it.

For the Rune of Unmaking books, where my characters spend a lot of their time traveling, then I had to read about weather and geography, and what plants could be expected in the high mountains, and what life might be found in the deep places of the ocean, and things like that. Again, a lot of it never makes it into the books. For the latest book in the series, I’ve had to research mines and deserts.