Another week with only a couple of arrivals, here they go: 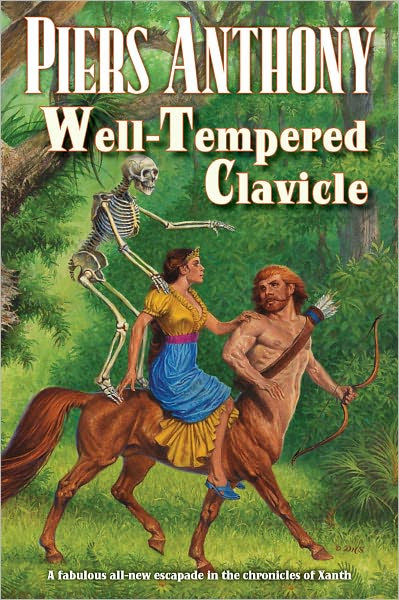 Well-Tempered Clavicle (Xanth #35) by Piers Anthony (Tor, Hardcover 11/22/2011) – What can I say about a book series, heavy on puns, that is one book away from three dozen in the sequence? Not much, at this point with Anthony’s Xanth novels you are either reading them or ignoring them. Lots of folks must be buying them if this is the 35th.


Picka Bones and his sister Joy’nt are off in search of adventure with three creatures newly arrived from Mundania--and not the sort of creatures you might expect! Join them in a madcap quest, in this 35th tale of the land of Xanth.

“Here we go 'Adventuring' in Xanth once more, meeting a horde of the familiar characters while running the gauntlet of a multitide of sins. …Xanth remains a land of happy endings, however, and readers can expect the usual amount of enjoyment from this thirty-fourth Xanth tale.” --Booklist on Knot Gneiss 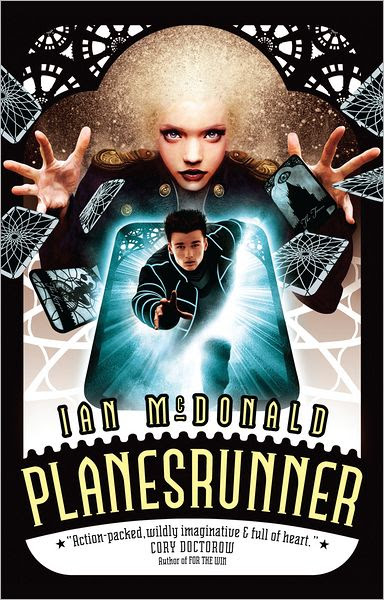 Planesrunner by Ian McDonald (Pyr , Hardcover 12/20/2011) – Ever since Pyr started, McDonald’s been one the writers Lou Anders has consistently pushed as one of their best. I loved River of Gods, his books with Pyr have been nominated for the Locus, Nebula, and Hugo (Brasyl) while The Dervish House was nominated for the Hugo and Arthur C. Clarke Award and won both the John W. Campbell Memorial Award and the BSFA. This is his first YA novel and looks like a lot of fun inside that terrific John Picacio cover.

Multiple-award-winning author making his YA debut

When Everett Singh's scientist father is kidnapped from the streets of London, he leaves young Everett a mysterious app on his computer. Suddenly, this teenager has become the owner of the most valuable object in the multiverse-the Infundibulum-the map of all the parallel earths, and there are dark forces in the Ten Known Worlds who will stop at nothing to get it. They've got power, authority, and the might of ten planets-some of them more technologically advanced than our Earth-at their fingertips. He's got wits, intelligence, and a knack for Indian cooking.

To keep the Infundibulum safe, Everett must trick his way through the Heisenberg Gate his dad helped build and go on the run in a parallel Earth. But to rescue his Dad from Charlotte Villiers and the sinister Order, this Planesrunner's going to need friends. Friends like Captain Anastasia Sixsmyth, her adopted daughter Sen, and the crew of the airship Everness.

Can they rescue Everett's father and get the Infundibulum to safety? The game is afoot!