We’ve got a few new reviews up at SFFWorld, three of which I’ll mention in today’s blog post.

I’ll start with my review…which is the second book in a trilogy that has fast become an addictive read that is ranking among my recent favorites. Deadline, is the second novel in Mira Grant’s Newsflesh trilogy: 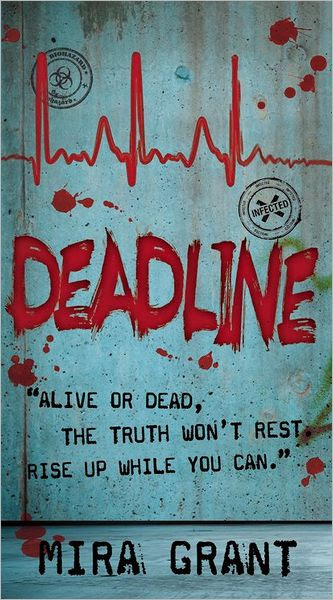 It isn’t long before the conspiracy hinted at in the first volume comes to the forefront as a supposedly dead scientist, Kelly Connolly, from the CDC comes a knocking asking for Shaun’s help in unraveling the conspiracy that has killed many of the people Shaun loved and is controlling the world. In a world where the zombies are the result of the Kellis-Amberle virus, itself a combination of two virus cures – essentially a disease – the Centers for Disease Control (CDC) is the most powerful organization in the world. With that in mind, Shaun and his team, including Rebecca “Becks” Atherton, Maggie Garcia, Alaric Kwong, Dave, and Mahir are logically a bit skeptical about Kelly’s claims. She was after all part of the organization, and her death was faked with the help of some of her colleagues.
…
This is most assuredly not a typical Middle Book and to sum it up, partly because of the superb pace, partly because revealing the deepening plot would cushion the impact of the novel’s power. What I found to be very impressive on Grant’s part was how, despite both novels in the Newsflesh Trilogy utilizing the first person narrative, she was able to really set Shaun’s voice apart from George’s. In that respect, Grant’s ability at giving readers engaging, believable and unique characters is superb.

Stephen King needs no introduction. His most recent stuff has been hit or miss for many, but Mark had a good look at 11/22/63 his latest novel involving time travel and the JFK assassination:

In a slight change to most of his other fiction, this time around, 11.22.63 attempts the difficult task of merging real life events as an important element of King’s fictional world. It involves a topic of global significance but one, like the Vietnam War, that still cuts the American psyche most keenly. The assassination of a President is always shocking, but this one especially so when it happened so clearly in the full glare of the media. It also happened in the President’s own country, not whilst visiting somewhere else, at a time filled with optimism.

The story, in its bare outline, is pretty self-explanatory. Told in the first person, it is the story of Jake Epping is a High School teacher in Lisbon Falls, Maine (where else?), who is asked to meet a friend, the local greasy-spoon owner Al Templeton, who wants a favour. Jake goes to the cafe to find that, overnight, Al has aged. What we find out is that this is an older Al, who tells Jake that he’s just spent years in the past, though only two minutes (‘it’s always two minutes’) have gone now. In his larder Al has a portal that links to Lisbon Falls 1958. Jake now has the chance to go back and change history: to stop President Kennedy being shot in 1963. Jake goes back to small-town America of the 1950’s, first as a trial then for real, revelling in the relative simplicity of life there – the look, the sounds, the peacefulness, the politeness – and falls in love with colleague Sadie Dunhill, whilst all the time preparing to alter history.

Last, but not least, Kathryn (aka Loerwyn) dove into Sandy Mitchell’s first omnibus Ciaphas Cain: Hero of the Imperium, and had some good things to say: 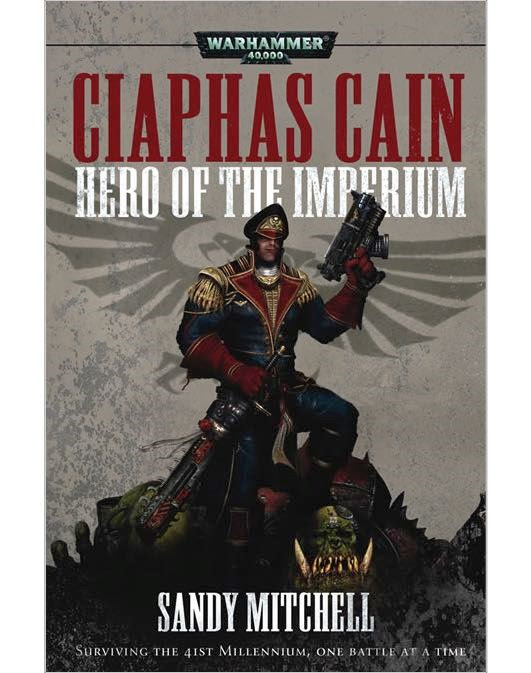 In this collection, Cain meets a variety of the Emperor's enemies – The Tau, the Chaos, the Tyranids, the Orks and the Necrons – but he also becomes involved with the most dreaded and destructive of all things, politics. With support from his malodorous aide Jurgen, the Inquisition, a Lord General of the Imperial Guard as well as the Valhallan 597th to which he attached himself, Ciaphas manages to escape a premature death countless times. Despite his self-depreciative attitude, he proves to be more than capable as a Commissar, inspiring those around him and ensuring victory in the name of the Emperor.

Mitchell is quite clear in his writing style, and it fits the book perfectly. I rarely found myself puzzled over the events or the dialogue. The combat scenes, of which there are many, were largely clear and seemed believable in both their length and their brutality, but the descriptions of the violence never went beyond what was necessary. The same applies to the descriptions of characters, in that we weren't told everything about them, just some basics. This meant confusing the different characters' identities wasn't particularly an issue, especially as the core cast was largely the same through the three novels. I can't say I found it perfect, however. Due to the novels being interconnected yet standalone, there's a lot of repetition of basic facts. We are frequently reminded in each novel that Jurgen has a distinctive smell, for example, sometimes to the point of it being reiterated a number of times per archive.