Mark kept busy during the holidays, posting several reviews while I continued my weekly pace of a review per week.

Mark continues to produce reviews in the same way people breathe – rapidly and without missing a beat. A novel that turned out to be a favorite of his upon completion is the latest: The Astounding, the Amazing and the Unknown by Paul Malmont: 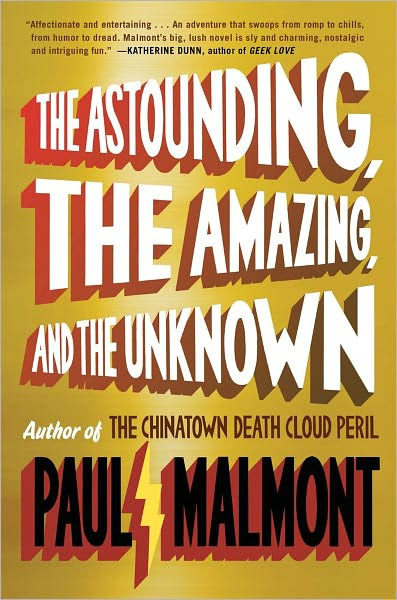 Here’s a great example of a book that mixes real events with fiction, and real people with some fictional.

The real events involve the war work of some of our legendary science fiction writers: Isaac Asimov, Robert Heinlein, L. Sprague de Camp, L. Ron Hubbard. It is well documented in books, such as William H. Patterson’s recent biography of Robert A. Heinlein, that these writers worked together under Heinlein at the Philadelphia Naval Shipyards.

Here things are taken a step further, in that Malmont supposes that in 1943 this gang of intensely serious, studious and gifted authors are actually involved in a covert war mission. The so-called Kamikaze Group, led by Bob, are given the task of turning the science-fictional flights of imagination into something real. Ron and Isaac are employed to create an invisibility paint but really want to make scientist Nikola Tesla’s Wardenclyffe Tower work as a Wunderwaffe, a ‘wonder weapon’. The rumour is that Tesla has made this work, but shut it down following its initial tests. Tesla is now dead, believed by some such as Gernsback as murdered, so its purpose is unclear. Is it an energy beam with unlimited power, a weapon of mass destruction or a means of providing free energy to those who want it? And does it work?


Lots of debuts were published this year, but perhaps the most interesting and ranging group of debut novels were published by Nightshade Books. I haven’t had chance to read all of them, but Rob Ziegler’s Seed, is quite impressive: 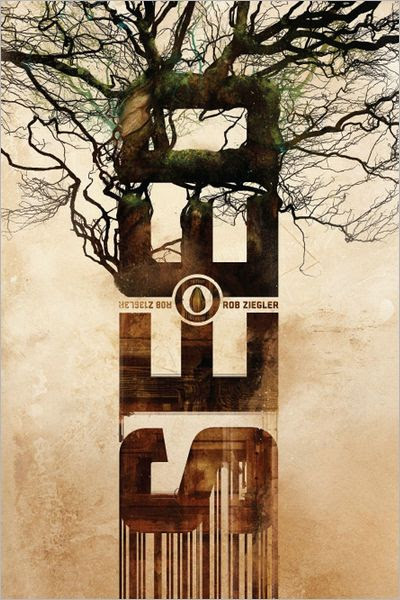 The Earth Mother waking and a bleak, dystopic future aren’t new trappings of the genre, but Ziegler’s voice gives these elements a freshness. To this, he’s added a traveling band of nomadic Hispanic youths in the dustbowl-like plains focusing on Brood and his younger brother Pollo who is abducted early in the novel. The chaos continues when a designer once beholden to Satori goes her own way and the government, in the form of agent Sienna Doss, is charged with bringing her back in the hopes of the government regaining control of Satori, and therefore, the United States itself. Along the way, Ziegler brings these separate plot threads together, interweaving them with a skill that belies the fact that Seed is his first published novel.
…
The book itself is really a work of art, the cover by Cody Tilson is eye-catching and encapsulates the feel and theme of the book very well. To be balanced, though, at times I felt the narrative to be a little uneven. I know, that seems to be a criticism I use often, but some parts of the novel did not move along as swiftly as the others. Despite that, Seed is an impressive debut and one that hopefully, signals more wonderful things to come from Rob Ziegler’s imaginative voice.

Continuing on his readthrough of classics, Mark had a look at two recently r-issues from the Golden Age of SF. The first of which is the story that gave us the term ‘robot,’ Karel Čapek’s RUR and War with the Newts

To be honest, RUR’s reputation beyond that of creating and using the word ‘robot’ is fairly unimpressive. What is interesting though is the fact that the robots in the play are not metal nor manufactured, as you would perhaps expect these days (and the cover rather misleadingly portrays), but are rather what we would these days call bio-engineered: that is, they are biological, created by biotechnology and, unlike R2-D2 or C-3PO, can be seen as human in appearance, even mistaken for human.

Though the book is titled War with the Newts, most of it deals with how the Newts were first met, how they became servile to humans and what led to the war, which actually only take up the last thirty-five pages or so. However when it does happen the war is both sad and weirdly affecting in that such catastrophic events are recounted in such a matter-of-fact manner. The last two sentences of the novel describes what must have been a common feeling at the time of writing: “And then?” “...Then I don’t know what comes next.” (page 349.)

The other Golden Age classic is the story on which the various iterations of the film The Thing is based, Who Goes There by legendary SF editor John Campbell First published in Astounding in August 1938 (yes, that long ago!) it is a tale of identity and survival in the Antarctic. Scientists and the military discover the body of an alien stranded there. At first assumed to be dead and buried in the ice for millions of years, the alien revives and, in its place of icy isolation, kills its enemy, taking the form of the dead human. The men on the base must kill it before it escapes to repopulate amongst the urban metropolises of Earth, but first they have to determine which one of them is the alien.
…

Campbell was only 28 when Who Goes There? was published and it both impresses and reflects this. It is still rather pulpy in style and content, though more thoughtful than the ‘one-bound-and-he-was-free’ style of SF dominant at the time. Characters gasp rather than speak, bound when they could walk, and so on.

I've heard good things about Seed, but this is the first I've come across The Astounding, the Amazing and the Unknown - sounds like a really interesting read!