A few last books before Christmas 2011 to share with you, my faithful readers, this fine day. Christmas being Sunday in 2011 is why this post goes up on Monday rather than the usual Sunday. 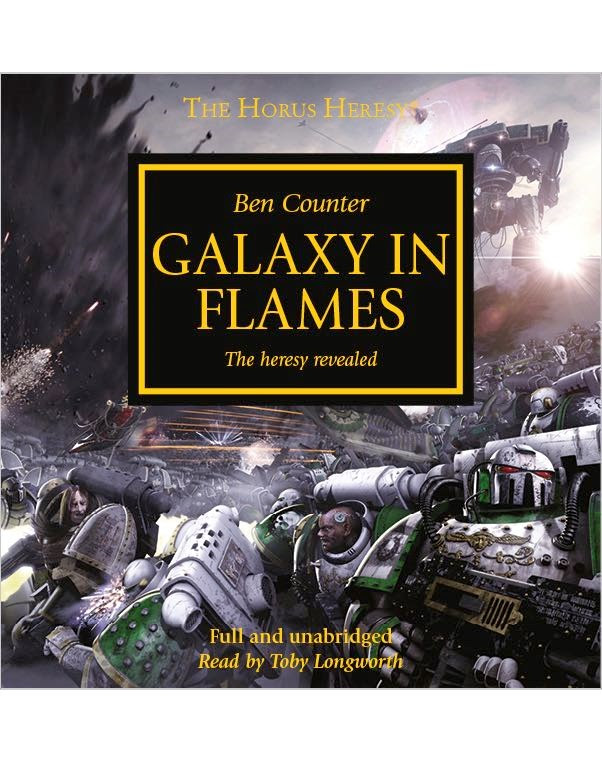 Galaxy in Flames(Audio) (Horus Heresy) by Ben Counter and read by Martyn Ellis (Black Library, Abridged CD 7/4/2011) –These audio versions are a lot of fun, as my reviews for Horus Rising and False Gods might suggest. So yeah, I’ll be listening to this one.

Having recovered from his grievous injuries, Warmaster Horus leads the triumphant Imperial forces against the rebel world of Isstvan III. Though the rebels are swiftly crushed, Horus’s treachery is finally revealed when the planet is razed by virus bombs and Space Marines turn on their battle-brothers in the most bitter struggle imaginable. Ben Counter brings the opening trilogy of this bestselling series to explosive life as the Horus Heresy begins!

Shadows in Flight by Orson Scott Card (Tor Hardcvover 01/17/2012)– Who hasn’t read Card’s landmark Ender novels? I went through a phase over a couple of years where I was devouring most of Card’s back catalogue zipping through the Enderverse. I made it through a few of the Bean sequels before stopping. I liked Ender’s Game and Speaker for the Dead very much and they still stand pretty high in my mind. Of course many people will say Card is milking the Ender franchise for everything he can. This is the second book following Shadow of the Giant.


Ender’s Shadow explores the stars in this all-new novel...

At the end of Shadow of the Giant, Bean flees to the stars with three of his children--the three who share the engineered genes that gave him both hyper-intelligence and a short, cruel physical life. The time dilation granted by the speed of their travel gives Earth’s scientists generations to seek a cure, to no avail. In time, they are forgotten--a fading ansible signal speaking of events lost to Earth’s history. But the Delphikis are about to make a discovery that will let them save themselves, and perhaps all of humanity in days to come.

For there in space before them lies a derelict Formic colony ship. Aboard it, they will find both death and wonders--the life support that is failing on their own ship, room to grow, and labs in which to explore their own genetic anomaly and the mysterious disease that killed the ship’s colony. 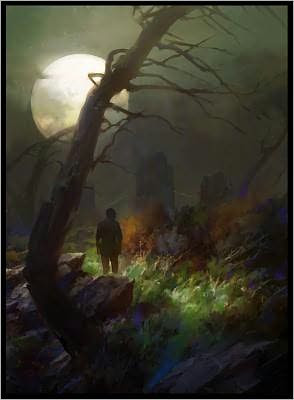 It's November of 1977: The punk rock movement is a year old and the brutal thirty-year war referred to as "The Troubles" is escalating. According to Irish tradition, the month of November is a time for remembrance of the dead. Liam Kelly, in particular, wishes it were otherwise. Born a Catholic in Londonderry/Derry, Northern Ireland, Liam, a former wheelman for the Provisional IRA, is only half mortal. His father is Bran, a puca - a shape-shifting, ghostlike creature - and a member of the ancient Fianna. Liam must dodge both the Royal Ulster Constabulary, who want him for the car bombing that killed Constable Haddock, and the Provisional IRA, who want him for the deaths of Éamon Walsh and several others found ripped apart in a burned down farmhouse in Armagh. Fortunately for Liam, both the Ulster Constabulary and the Provisional IRA think he's dead. On the other hand, the Militis Dei - a group of Roman Catholic priest-assassins, whose sole purpose is to dispose of fallen angels and demons found living on this earth - is very aware that Liam is alive, and very aware of his preternatural parentage. With the help of his unlikely ally Father Murray - a Militis Dei operative who has known Liam since childhood - he must convince the Church that he and his fey brethren aren't demonic in origin, and aren't allied with The Fallen.

Jane Carver of Waar by Nathan Long (Night Shade Books Trade Paperback 03/17/2012) – Long’s been plying his writerly trade for quite a while now, having written numerous novels in the Warhammer milieu as well as some writing for TV. This book looks like a lot of fun and a psin on the John Carter of Mars story.

Jane's having a bad day. On the run from the cops after accidentally killing a pervert outside her favorite biker bar, she first had to ditch her beloved Harley in a swimming pool, and then the weird, glowing gadget she found in the cave in which she decided to hide appears to have transported her to another planet... a planet with a Tidy Bowl-blue sky, a fat orange sun, and bizarre blue shrubbery. A planet where Jane encounters a gang of nearly naked purple men in gold cloaks beating the crap out of a bunch of other nearly naked purple men in red cloaks. A planet rife with slavery, feudalism, monsters, pirates, and priests. What's a biker girl to do in a strange, savage land? Kick a little ass, of course!

From Nathan Long, author of the Warhammer novels Orcslayer, Tainted Blood, and Bloodborn, comes Jane Carver of Waar, a pulpy adventure with a very contemporary heroine.

The time is 1882. With the Gunfight at the O. K. Corral and the battle with the thing that used to be Johnny Ringo behind him (see The Buntline Special), the consumptive Doc Holliday makes his way to Deadwood, Colorado, with Kate Elder, where he plans to spend the rest of his brief life, finally moving into the luxurious facility that specializes in his disease.

But one night he gets a little too drunk—hardly a novelty for him—and loses everything he has at the gaming table. He realizes that he needs to replenish his bankroll, and quickly, so that he can live out his days in comfort under medical care. He considers his options and hits upon the one most likely to produce income in a hurry: he’ll use his skill as a shootist and turn bounty hunter.

The biggest reward is for the death of the young, twenty-year-old desperado known as Billy the Kid. It’s clear from the odds the Kid has faced and beaten, his miraculous escape from prison, and his friendship with the Indian tribes of New Mexico that he is protected by some powerful magic. Doc enlists the aid of both magic (Geronimo) and science (Thomas Edison), and goes out after his quarry. He will hunt the Kid down, and either kill him and claim the reward or die in the process and at least end his own suffering.

But as he is soon to find out, nothing is as easy as it looks.

Well, I might have guessed. ;) Regardless of what he's become, or his opinions that may not be alltogether tasteful, those first couple of Ender novels are genre landmarks. I've long ceased reading him myself.