After a fairly large batch of arrivals last week, it was nice to have a bit of a respite this week, though that doesn’t necessarily infer the quality of what I received this past week is any lesser.

King of Thorns (Book Two of The Broken Empire) by Mark Lawrence (Hardcover 08/07/2012 Ace) – I was extremely impressed with the first in this series, Prince of Thorns which I also thought was the best debut published in 2011, so yeah, I’m looking forward to reading this one.

In Book One of the Broken Empire, Mark Lawrence brought to life the “morbidly gripping”* (Publishers Weekly) story of a boy in search of power and vengeance. Now, in King of Thorns, that boy’s journey into manhood takes him to the dark depths waiting within his soul…

The boy who would be King has gained the throne...

Prince Honorious Jorg Ancrath vowed when he was nine to avenge his slaughtered mother and brother—and punish his father for not doing so. When he was fifteen, he began to fulfill that vow. Now he is eighteen—and he must hold on by strength of arms to what he took by torture and treachery.

King Jorg is a man haunted: by the ghost of a young boy, by a mysterious copper box, by his desire for the woman who rides with his enemy. Plagued by nightmares of the atrocities he committed, and of the atrocities committed against him when he was a child, he is filled with rage. And even as his need for revenge continues to consume him, twenty thousand men march toward the gates of his castle. His enemy is far stronger than him. Jorg knows that he cannot win a fair fight.

But he has found, in a chamber hidden beneath the castle, ancient and long-lost artifacts. Some might call them magic. Jorg is not certain—all he knows is that the secrets they hold can be put to terrible use in the coming battle... 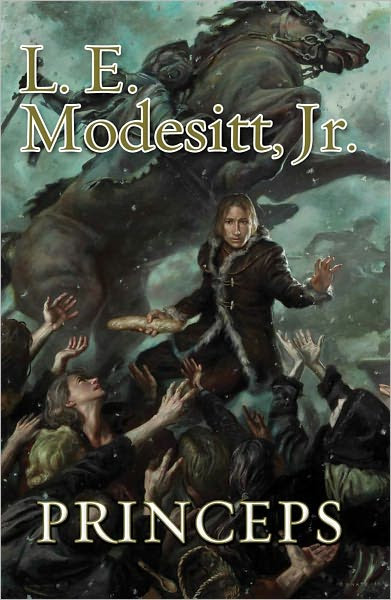 Princeps (Imager Portfolio) by (L.E. Modesitt, Jr. (Tor Hardcover 05/22/2012) – The writing machine that is a man releases another (fifth overall) in this series and sequel to last August’s Scholar

The thrilling follow-up to Scholar—in which, after discovering a coup attempt and preventing a bloody civil war, Quaeryt was appointed princeps of Tilbor—begins a new episode in the young Imager's life. Now second only to the governor, and still hiding his powers as an Imager, Quaeryt is enjoying his new position, as well as his marriage to Lord Bhayar’s youngest sister, Vaelora, when a volcanic eruption devastates the old capital of Telaryn. He and his wife are dispatched to Extela, Telaryn’s capitol city, to replace the governor killed in the eruption. Quaeryt and Vaelora must restore order to a city filled with chaos and corruption, and do so quickly. The regiment under his command must soon depart to bolster Telaryn’s border defenses against a neighboring ruler who sees the volcanic devastation as an opportunity for invasion and conquest. 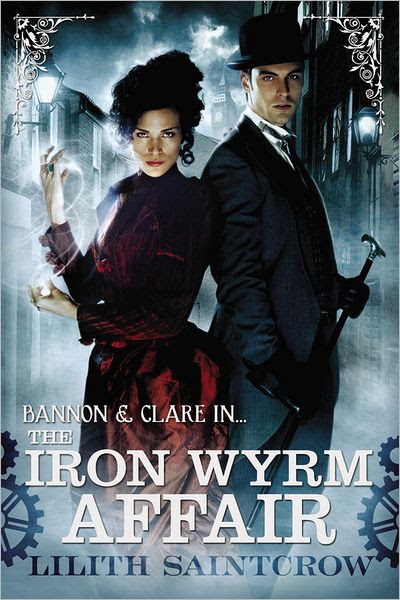 The Iron Wyrm Affair (The First of the The Bannon and Clare Affairs) by Lilith Saintcrow (Orbit Books Trade Paperback / eBook 05/22/2012) – Lilith Saintcrow has written two series for Orbit to great success, plus many young adult novels. This is the launch of a steampunk mystery series that would seem to appeal to readers of Mark Hodder’s Adventures of Burton and Swineburne.


Emma Bannon, forensic sorceress in the service of the Empire, has a mission: to protect Archibald Clare, a failed, unregistered mentath. His skills of deduction are legendary, and her own sorcery is not inconsiderable. It doesn't help much that they barely tolerate each other, or that Bannon's Shield, Mikal, might just be a traitor himself. Or that the conspiracy killing registered mentaths and sorcerers alike will just as likely kill them as seduce them into treachery toward their Queen.

In an alternate London where illogical magic has turned the Industrial Revolution on its head, Bannon and Clare now face hostility, treason, cannon fire, black sorcery, and the problem of reliably finding hansom cabs.

You have Princeps?! Awww man, I'm not even onto Scholar yet. Seems like it takes nine billion years for Tor US to bring out paperbacks.

They're kinda heavy going, in a way, but in the way I like.

I get just about everything Modesitt, it seems. In fact, I think only Turtledove is the author who surpass him, in terms of number of review books I receive.