Only a few books arrived this previous week at the ‘o Stuff, but since it is Sunday, I tell you about them.. 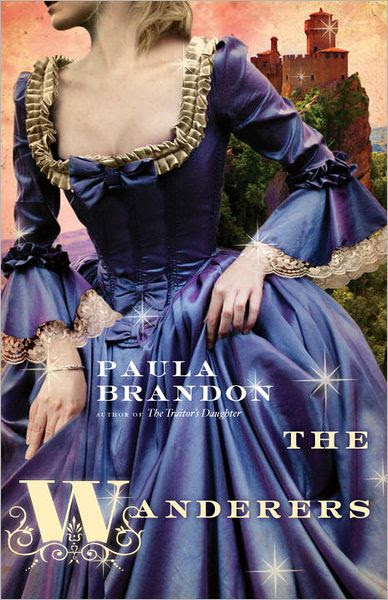 The Wanderers by Paula Brandon (Spectra Trade Paperback 07/31/2012) –Sequel / Third in the series to / of the series which began with The Traitor’s Daughter, which has been getting quite a nice buzz. Brandon is something of an open pseudonym for Paula Volsky and this trilogy seems to have no name.

Paula Brandon’s acclaimed fantasy trilogy comes to a triumphant conclusion in an unforgettable collision of magic, intrigue, and romance.

Time is running out. Falaste Rione is imprisoned, sentenced to death. And even though the magical balance of the Source is slipping and the fabric of reality itself has begun to tear, Jianna Belandor can think only of freeing the man she loves. But to do so, she must join a revolution she once despised—and risk reunion with a husband she has ample reason to fear.

Meanwhile, undead creatures terrorize the land, slaves of the Overmind—a relentless consciousness determined to bring everything that lives under its sway. All that stands in the way is a motley group of arcanists whose combined powers will barely suffice to restore balance to the Source. But when Jianna’s father, the Magnifico Aureste Belandor, murders one of them, the group begins to fracture under the pressures of suspicion and mutual hatred. Now humanity’s hope rests with an unexpected soul: a misanthropic hermit whose next move may turn the tide and save the world. 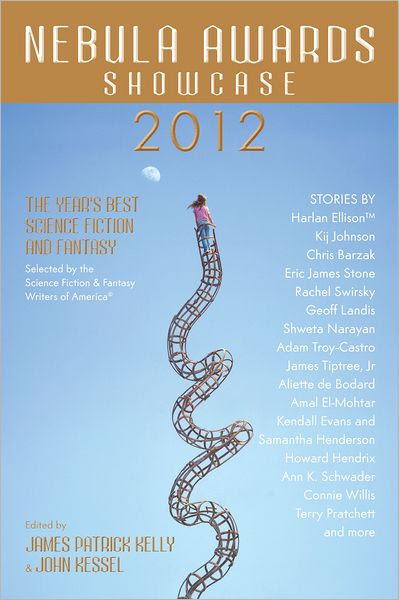 Nebula Awards Showcase 12 : edited by James Patrick Kelly and John Kessel (Pyr Trade Paperback 05/22/2012) – Nice to see the fine folks at PYR get in on the annual best-of anthology scene with this venerable annual volume.

The latest volume of the prestigious anthology series

The Nebula Awards Showcase volumes, which have been published since 1966, collect the year's Nebula Award-nominated and winning stories and poems, as voted on by the members of the Science Fiction and Fantasy Writers of America. This year's volume includes the winners of the Andre Norton, Dwarf Star, Rhysling, and Solstice Awards, as well as the Nebula winners, and features:

"How Interesting: A Tiny Man" by
Harlan Ellison

"That Leviathan, Whom Thou Hast Made" by
Eric James Stone

an excerpt from
"Blackout / All Clear" by
Connie Willis 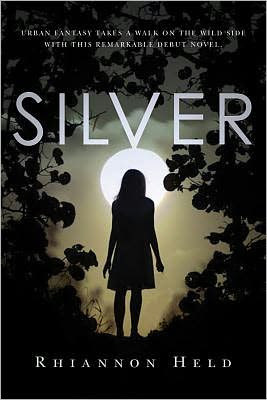 Silvers by Rhiannon Held (Tor, Trade Paperback 06/05/2012) – Debut Urban Fantasy novel, and launch of a yet unnamed series, that promises a new take on Werewolves.

Andrew Dare is a werewolf. He’s the enforcer for the Roanoke pack, and responsible for capturing or killing any Were intruders in Roanoke’s territory. But the lone Were he’s tracking doesn’t smell or act like anyone he’s ever encountered. And when he catches her, it doesn’t get any better. She’s beautiful, she’s crazy, and someone has tortured her by injecting silver into her veins. She says her name is Silver, and that she’s lost her wild self and can’t shift any more.

The packs in North America have a live-and-let-live attitude, and try not to overlap with each other. But Silver represents a terrible threat to every Were on the continent.

Andrew and Silver will join forces to track down this menace while discovering their own power and their passion for each other.

Judgment at Proteus (Quadrail #5) by Timothy Zahn (Tor, Hardcover 06/05/2012) – This is the fifth and concluding volume in Zahn’s space opera series Quadrail, which began with Night Train to Rigel.

The climactic novel of the star-spanning Quadrail space opera

In Timothy Zahn's Judgment at Proteus, the Quadrail that connects the twelve civilizations of our galaxy has been the flashpoint of a battle for dominance fought mostly unnoticed by humankind. But Frank Compton of Earth, aided by the enigmatic woman Bayta, has fought on the front lines, using every bit of his human ingenuity and secret agent skills to outwit the Modhri, a group intelligence that would control the minds of every sentient being it can touch.

Following a trail of deception and death to Proteus Station, Compton has discovered a conspiracy that threatens all life in the galaxy: the Shonkla’raa, an ancient enemy thought to be long dead, is rising again. So serious is the danger that the Modhri, the enemy of his enemy, may now be his friend, as the burgeoning threat of a race of invincible soldiers emerges.

If Compton and Bayta can’t stop them, the Shonkla’raa will decimate all who oppose them, destroying the Quadrail and billions of lives throughout the galaxy.