Another week of releases here at the ‘o Stuff, a small mix of books but a couple which I am very eager to read.

Libriomancer (Magic Ex Libris #1) by Jim C. Hines (DAW Books, Hardcover 08/07/2011) – I still have a handful of Jim’s earlier books to read (i.e. The Princess Series staring at me from the unread shelf), but this one sounds too cool not to leapfrog ahead of those books. By all accounts, Jim seems to be about the nicest and best guy writing fantasy today.

Isaac Vainio is a Libriomancer, a member of the secret organization founded five centuries ago by Johannes Gutenberg. Libriomancers are gifted with the ability to magically reach into books and draw forth objects. When Isaac is attacked by vampires that leaked from the pages of books into our world, he barely manages to escape. To his horror he discovers that vampires have been attacking other magic-users as well, and Gutenberg has been kidnapped.

With the help of a motorcycle-riding dryad who packs a pair of oak cudgels, Isaac finds himself hunting the unknown dark power that has been manipulating humans and vampires alike. And his search will uncover dangerous secrets about Libriomancy, Gutenberg, and the history of magic. . . . 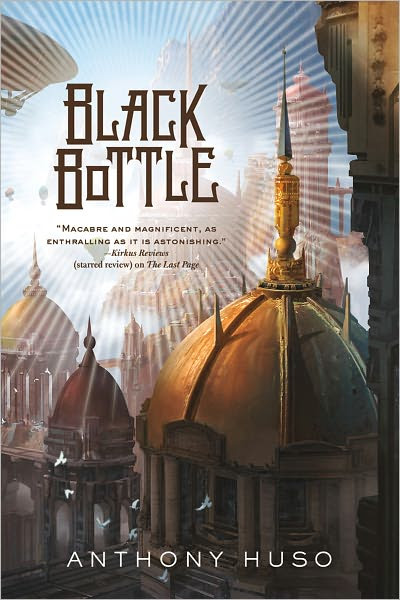 Tabloids sold in the Duchy of Stonehold claim that the High King, Caliph Howl, has been raised from the dead. His consort, Sena Iilool, both blamed and celebrated for this act, finds that a macabre cult has sprung up around her.

As this news spreads, Stonehold—long considered unimportant—comes to the attention of the emperors in the southern countries. They have learned that the seed of Sena’s immense power lies in an occult book, and they are eager to claim it for their own.

Desparate to protect his people from the southern threat, Caliph is drawn into a summit of the world’s leaders despite the knowledge that it is a trap. As Sena’s bizarre actions threaten to unravel the summit, Caliph watches her slip through his fingers into madness.

But is it really madness? Sena is playing a dangerous game of strategy and deceit as she attempts to outwit a force that has spent millennia preparing for this day. Caliph is the only connection left to her former life, but it’s his blood that Sena needs to see her plans through to their explosive finish.

Dark and rich, epic in scope, Anthony Huso has crafted a fantasy like no other, teeming with unthinkable horrors and stylish wonders. 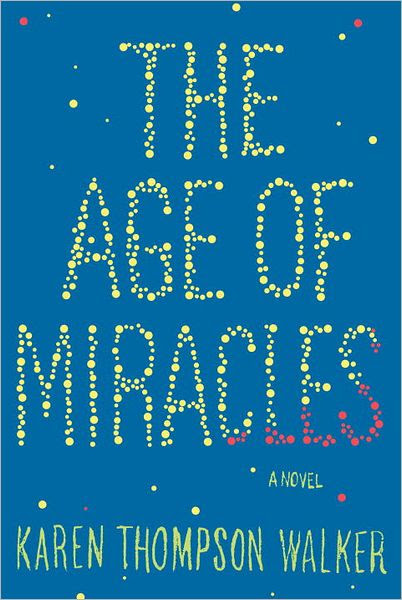 The Age of Miracles by Karen Thompson Walker (Tor Hardcover 06/26/2012) – This is Walker’s debut novel and quite a bit of buzz has been surrounding it for a while now.

With a voice as distinctive and original as that of The Lovely Bones, and for the fans of the speculative fiction of Margaret Atwood, Karen Thompson Walker’s The Age of Miracles is a luminous, haunting, and unforgettable debut novel about coming of age set against the backdrop of an utterly altered world.

“It still amazes me how little we really knew. . . . Maybe everything that happened to me and my family had nothing at all to do with the slowing. It’s possible, I guess. But I doubt it. I doubt it very much.”

On a seemingly ordinary Saturday in a California suburb, Julia and her family awake to discover, along with the rest of the world, that the rotation of the earth has suddenly begun to slow. The days and nights grow longer and longer, gravity is affected, the environment is thrown into disarray. Yet as she struggles to navigate an ever-shifting landscape, Julia is also coping with the normal disasters of everyday life—the fissures in her parents’ marriage, the loss of old friends, the hopeful anguish of first love, the bizarre behavior of her grandfather who, convinced of a government conspiracy, spends his days obsessively cataloging his possessions. As Julia adjusts to the new normal, the slowing inexorably continues.

The Dirty Streets of Heaven (Volume One of Bobby Dollar) by Tad Williams (DAW Hardcover 09/04/2012) – Tad is one of my three or four favorite fantasy writers, I’ve read nearly all of his novels. This one; however, is a bit of a departure as he transitions from the big fat epics to the more slim and trim world of Urban Fantasy. This one has the feel, at least through the description, to Neil Gaiman and Kate Griffin. In other words, good stuff.

Bobby Dollar is an angel—a real one. He knows a lot about sin, and not just in his professional capacity as an advocate for souls caught between Heaven and Hell. Bobby’s wrestling with a few deadly sins of his own—pride, anger, even lust.

But his problems aren’t all his fault. Bobby can’t entirely trust his heavenly superiors, and he’s not too sure about any of his fellow earthbound angels either, especially the new kid that Heaven has dropped into their midst, a trainee angel who asks too many questions. And he sure as hell doesn’t trust the achingly gorgeous Countess of Cold Hands, a mysterious she-demon who seems to be the only one willing to tell him the truth.

When the souls of the recently departed start disappearing, catching both Heaven and Hell by surprise, things get bad very quickly for Bobby D. End-of-the-world bad. Beast of Revelations bad. Caught between the angry forces of Hell, the dangerous strategies of his own side, and a monstrous undead avenger that wants to rip his head off and suck out his soul, Bobby’s going to need all the friends he can get—in Heaven, on Earth, or anywhere else he can find them.

You’ve never met an angel like Bobby Dollar. And you’ve never read anything like The Dirty Streets of Heaven.

Brace yourself—the afterlife is weirder than you ever believed.