Two launch titles in this week’s post. One launch title is the debut from a very promising writer whose book launches an imprint and the other book is from an established author who launched a new on-going supernatural mystery series

The disappearance of the Roanoke Colony of North Carolina is one of the great American mysteries and one of the largest documented disappearances in the history of the world. 116 people in total disappeared and many theories have tried to account for these missing people. In Gwenda Bond’s debut novel Blackwood she takes the historical fact of the disappearance, fills in with some more history, and adds some conjecture of dark magic to the disappearance. All of that is in the background for most of the novel and instead Ms. Bond focuses her novel on Miranda Blackwood, a young lady who works for the local theater and cares for her drunk father, her mother having passed away long before the novel begins. Phillips* Rawlings, an equally distraught young man who was sent off the island after being caught in a mischievous act, plays as central a role, is the police chief’s song who happens to hear strange voices.
…

Once Phillips gets back to Roanoke, it is left to he and Miranda to solve the mystery of the missing people. Along the way, spirits inhabit bodies, people seemingly return to life, ancient weapons of magic are discovered, and a few red herrings crop up to keep the plot moving. Adding to the tension is the (somewhat obvious) romantic subplot between Phillips and Miranda. Bond plays their budding romance pretty well, thought at times it felt a bit rushed but that’s likely due to the briskly paced narrative. 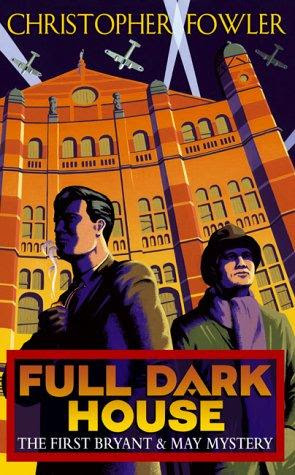 It’s a witty, clever little book, written with panache and humour, whilst using Christopher’s horror origins to throw in the odd little shock as we veer slightly into Twilight Zone or X-Files territory. The characters are great (although a little rude in places, so they might shock your typical crime fan) and the setting, both in the past and the present, wholly immersive. The suspects all appear as identifiable as in a game of Cluedo or an Agatha Christie novel, and it’s great fun trying to work out whodunnit. The details of their first case together for the Peculiar Crimes Squad, set in 1940’s Blitz-hit London are wonderfully well written. As richly detailed as Connie Willis’s recent Blackout/All Clear, there’s a palpable sense of being in the city whilst there’s rationing and a war on. With none of the technical gubbins of today’s detectives, Bryant and May have to use good, old-fashioned deduction to make their conclusions work. A knowledge of Ancient Greek mythology is quite useful here. That, and a little understanding of the occult that wouldn’t go amiss from a pulp-fiction 1930’s tale.
…
I’m sure some readers will be struck by how such tales have recently struck a popular chord. Treading similar ground (or is that a policeman’s beat?) to Ben Aaronovitch’s recent Rivers of London/Peter Grant novels, I must say that as much as I enjoyed Ben’s first novel, I enjoyed this one much, much more. Full Dark House is a more subtle tale, cleverer in its plot twists, sexier and more stylish, although less genre related, perhaps.

Thank you for posting the review.