Only one review this week (mine), but Mark posted an interview which I’ll mention after I call out my review.

I’ve been following Jim C. Hines since about the time I joined twitter last year and reading his blog fairly regularly. Though I have a few of his novels, I haven’t read any yet. Well, after reading Libriomancer that will definitely change. Here’s a bit of my review: 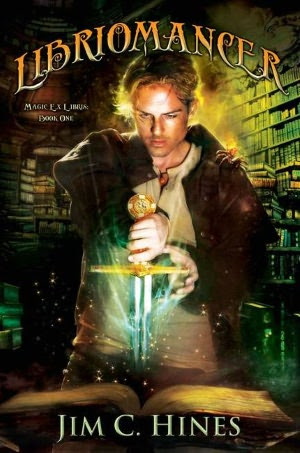 Told in the first person (like the majority of Urban Fantasies), Jim wastes little time in getting the ball rolling. While Isaac is cataloguing books at the Copper River Library, a group of Sanguinarius Meyerii, “informally known as sparklers” (vampires conjured through Stephenie Meyers’s Twilight novels) comes blasting through, attacking Isaac. The library is damaged and in the fight, Isaac is assisted by his pet fire-spider Smudge and last minute aid from Lena Greenwood, a nymph. (Readers of Jim’s fiction might also recognize Smudge from a certain set of novels about a goblin.) Isaac soon realizes the Porters are being targeted; especially when he discovers his mentor Ray is killed. Lena’s lover, Dr. Nidhi Shah, the psychiatrist who helps libriomancers keep their sanity after they expend energy to draw out objects from books, is also missing and a hostage of the vampires. She’s an easy target since she likely knows many of the Porter’s secrets.

…Libriomancer is an engaging, quickly paced novel that doesn’t shy away from examining the deeper elements that make up the whole of the novel (Gutenberg’s true intentions and nature, the problems of a large secretive organization overseeing something extremely powerful, the moral ambiguity of whether one should take advantage of a creature created specifically to serve). What a lot of this proves is that Jim C. Hines is a very smart, careful writer and one whose fiction I’ve overlooked far too long.

Mark interviewed Andrea Johnson and Elizabeth Campbell, the fine ladies behind BookstoreBookblogger Connection, of which SFFWorld is a participating site: 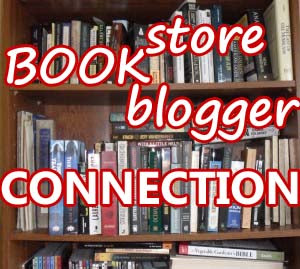 You both have a blogger’s background. Was this an important factor in your creation of BookstoreBookblogger Connection? Is it just for bloggers?


E: The blogging background is important I think because of the connections you end up making as a blogger, specifically an SF/F book blogger. These bloggers put so much work and love into doing these reviews, it’s important that they get more recognition for the hours of labor that goes into the reviews.


A: One of our goals for Bookstore Bookblogger Connection is to further promote bloggers and the book review blogging community. How cool would it be to walk into your favorite bookstore and see them promoting a book you like with a quote from a review blog you frequent, or even your own?

Blurbs submitted do need to be part of an existing review on your blog, or a group site that hosts reviews by many reviewers, such as SFFWorld.

Wasn't Libriomancer fun? I don't usually go for UF, but I adored it, and got a kick out of all the pop culture poking and Michigan jokes.

thanks for the plug about BSBBConnxn! :)

I too have only read Jim Hines blog and never any of his work. I'll check this title out as a lot of folks have such good things to say about it.