Back to Tuesday this week despite the (US) Labor Day holiday. Mark’s got a horror novel while I finish off Daniel Abraham’s The Long Price Quartet,

I reached the end of Daniel Abraham’s The Long Price Quartet a little over a week ago, but the novel still sits with me, as does the whole series. In short I loved the experience of reading these books so let me share my thoughts about The Price of Spring:

In many ways The Price of Spring is an elegiac novel; there’s a great melancholic weight to the novel and the feelings espoused by the characters. As I indicated, Maati is a tragic figure and the regret he oozes is, at times, a painfully uncomfortable thing. Perhaps because the feeling hit home a bit with me in terms of recent life events, but this also returns to the main theme as I’ve seen it in these four books – consequences. Every action from the opening of the first book to the conclusion of The Long Price either pays forward to the consequences of the character’s actions or is a consequence of earlier actions. …
With any concluding volume, the quality of the series rests on the execution of the finale. The Long Price Quartet is an ambitious saga, one that shows a young writer willing to take smart, calculated risks in telling a story he wanted to tell. I indicated in my review of A Shadow in Summer these four books didn’t get the widespread recognition they deserved (this final volume never received a mass-market publication, for example). As time has helped these novels grow in the modern genre canon, it turns out the story Daniel Abraham wanted to tell in The Long Price Quartet is something readers are wanting to read. Though firmly entrenched in the fantasy genre, Abraham’s story didn’t quite take the ball and run with expectations. Rather, he shunned expectations told a rich and rewarding story despite that.

Mark takes another step into the recent past (a 2006 release) with a horror novel from James Herbert, one of the more ‘luminary’ horror writers of the UK. Here's The Secret of Crickley Hall: 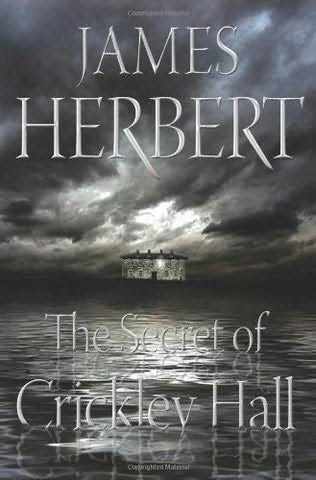 The Secret of Crickley Hall is basically a haunted house story, in the same manner as, say, Shirley Jackson’s The Legend of Hill House or Richard Matheson’s Hell House.
The Caleigh family decide to move away from London for a while, following the disappearance of Gabriel and Eve’s five-year-old son Cam, a year ago. American husband Gabe thinks that Eve could do with a rest after her near-breakdown and the two remaining children, Loren and Cally, agree.
…
This déjà-vu was re-emphasised when we have the arrival of Lili Peel, a local psychic, who, when brought in by Eve, definitely feels presences. Reminiscent of Shirley Jackson’s Eleanor Vance, Lili picks up on the presence of children and a darker, more malignant adult who seems to be stopping them from moving on. There’s a lot of filling in of back history as we read: the children were war orphans, kept in the hall when evacuated there in 1943. They were kept under the harsh regime by a brother-and-sister pairing of Augustus and Magda Cribben, whose punishments usually involved liberal use of the cane. A flood from the underground river there seems to have drowned Augustus and the children, but as the story continues, we find out other reasons.