Another week with just a few releases, but with the size of Mount Toberead, I am not complaining. 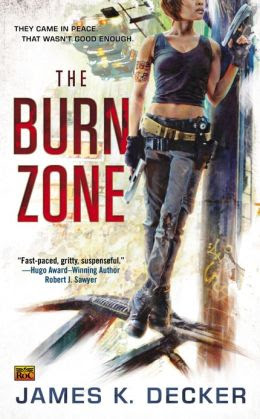 The Burn Zone by James K. Decker (Roc, Mass Market Paperback 02/05/2013) – James K. Decker is the open pseudonym of James K. Knapp, author of the Revivors, the first of which State of Decay, I reviewed and enjoyed a couple of years ago.

Plagued by overpopulation, disease, and starvation, humanity was headed for extinction—until an alien race called the haan arrived. And then the real trouble began.

It’s been a rough day for Sam Shao. As part of a program that requires humans to act as surrogates to haan infants, Sam has been genetically enhanced to bond with them. So when three soldiers invade her apartment and arrest her guardian for smuggling a dangerous weapon into the country, Sam can sense that something isn’t right. One of his abductors is a haan masquerading as a human, and the supposedly fragile haan seems to be anything but.

Racing through the city slums, trying to stay one step ahead of the mysterious haan soldier, Sam tries to find the man who, in her twenty years, has been the only father she’s ever known. Could he truly have done what he is accused of? Or did he witness something both human and haan would kill to keep hidden? The only thing certain is that the weapon is real—and lost now somewhere in a city of millions.

Fighting the clock, Sam finds an ally in Nix, a haan envoy devoted to coexisting with humans, or so it seems. But what she really needs are answers. Fast. Or else everything she knows—and everyone she loves—will burn.. 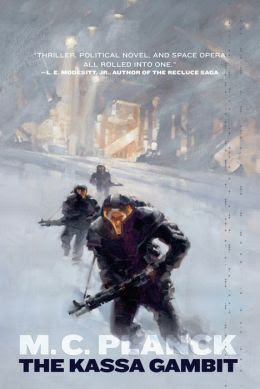 The Kassa Gambit by M.C. Planck (Tor, Hardcover 01/08/2013) – I recently reviewed this for Tor.com and thought it OK, but ultimately uneven.

Centuries after the ecological collapse of Earth, humanity has spread among the stars. Under the governance of the League, our endless need for resources has driven us to colonize hundreds of planets, all of them devoid of other sentient life. Humanity is apparently alone in the universe.

Then comes the sudden, brutal decimation of Kassa, a small farming planet, by a mysterious attacker. The few survivors send out a desperate plea for aid, which is answered by two unlikely rescuers. Prudence Falling is the young captain of a tramp freighter. She and her ragtag crew have been on the run and living job to job for years, eking out a living by making cargo runs that aren’t always entirely legal. Lt. Kyle Daspar is a police officer from the wealthy planet of Altair Prime, working undercover as a double agent against the League. He’s been undercover so long he can't be trusted by anyone—even himself.

While flying rescue missions to extract survivors from the surface of devastated Kassa, they discover what could be the most important artifact in the history of man: an alien spaceship, crashed and abandoned during the attack.

But something tells them there is more to the story. Together, they discover the cruel truth about the destruction of Kassa, and that an imminent alien invasion is the least of humanity’s concerns. 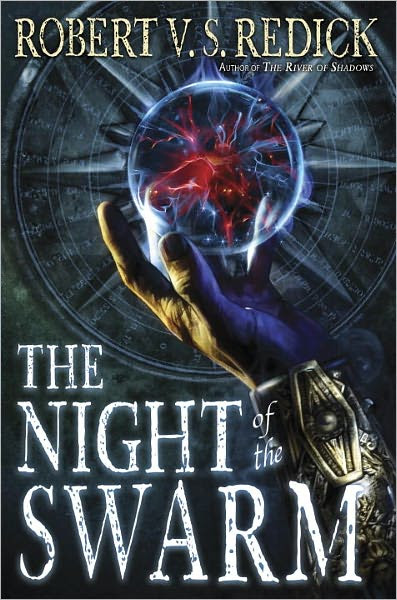 The Night of the Swarm (The Chathrand Voyage Book 3) by Robert V.S. Redick (Del Rey Trade Paperback 02/05/2013) – Now that this series is complete, I will be jumping into it. Those whose opinions I respect (particularly Liviu of Fantasy Book Critic) have been praising these books for quite some time.

Robert V. S. Redick brings his acclaimed fantasy series Chathrand Voyage to a triumphant close that merits comparison to the work of such masters as George R. R. Martin, Philip Pullman, and J.R.R. Tolkien himself. The evil sorcerer Arunis is dead, yet the danger has not ended. For as he fell, beheaded by the young warrior-woman Thasha Isiq, Arunis summoned the Swarm of Night, a demonic entity that feasts on death and grows like a plague. If the Swarm is not destroyed, the world of Alifros will become a vast graveyard. Now Thasha and her comrades-the tarboy Pazel Pathkendle and the mysterious wizard Ramachni-begin a quest that seems all but impossible. Yet there is hope: One person has the power to stand against the Swarm: the great mage Erithusmé. Long thought dead, Erithusmé lives, buried deep in Thasha's soul. But for the mage to live again, Thasha Isiq may have to die.
at 1/13/2013