Back to something of a normal Tuesday post here at the o’ stuff wherein I post links, cover art, and an excerpt(s) of book reviews posted to SFFWorld by some combination of Mark Yon (aka Hobbit in the SFFWorld forums) N.E. White (tmso in the SFFWorld forums, Kathryn Ryan (Loerwyn in the SFFWorld forums) and yours truly. This week’s post brings reviews from Nila, Mark, and me.
.
While I’ve already posted one book review of a current year/2013 release to Tor.com, here’s my first book review of a current year/2013 release to SFFWorld and it’s a book that I’ve looked forward to reading since reading the first in the series about a year ago. The book, the second installment of Myke Cole’s Shadow OPS series, Fortress Frontier:

In being assigned to the Forward Operating Base (FOB) Frontier in the world of magic, Bookbinder’s story intersects very quickly with Oscar Britton’s story, specifically the moments when Oscar flees the fortress and goes rogue. Oscar’s actions cause the FOB to be cut off from the home plane, something of a sidebar in Control Point but which takes front-and-center position as a major driving force of the plot. Bad goes to worse when a goblin tribe attacks the severely undersupplied FOB killing Bookbinder’s superior and forcing Bookbinder to become the acting head of FOB. Bookbinder’s magical powers emerging and his ascension to the head of the FOB occurs in just the first third of the novel. In other words, Cole packs a great deal of story into the novel, I found myself drawn into the story immediately.
…
So, in short, Cole has admirably widened the geopolitical scope of his world in addition to increasing the character lenses through which we as the readers can view this world – a natural and impressive progression. The strength here is that character and world-building are equal parts of the whole and one’s development does not suffer from the growth of the other.

Nila has been following self-publishing sensation (Simon and Schuster picked up his books) Hugh Howey’s WOOL series and continues with the seventh installment Second Shift: 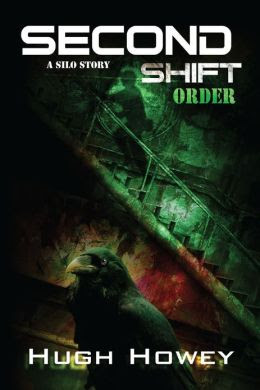 Second Shift begins with ‘Deathdays were birthdays.’ Through Mission, a young porter living in Silo 18, we learn how each life in the silos are linked to another. In the confines of the underground silos, one has to pass on, before another can take their place. Mission learned this the hard way. He lost his mother to a cleaning (the act of sending a silo occupant out into the hostile world to clean and subsequently die) the day he was born, because she hid her pregnancy. This fact haunts him throughout this day - his birthday - and leads him to wonder if he deserves the life he has.
…
This is where Mr. Howey’s imagination has lead us to the popular world of the silos, where nothing is as it seems, and this latest addition to the series will not disappoint his fans. With smooth, evocative prose, the author brings us closer to old characters (Donald) and continues to introduce new, relatable characters (Mission and the Crow). Plot threads become clearer, while new ones emerge to tease readers along.


Along with an interview of John Birmingham, Mark reviews John’s Without Warning the first in a Tom Clancy-esque SF series:

However, in this alternate history, the saving of the world is not an option for the Americans. You see, without warning (and hence the title) an energy wave has caused the majority of the USA to disappear, with no survivors.

Really does set up a new scenario, doesn’t it?

With such a global event, and as you might expect, there are a broad range of characters having to deal with the issue from a number of different viewpoints.

…
This is a BIG, meaty, novel, and as you might expect, it has big ideas and a broad canvas from the Iraq War in 2003 to Paris in Europe to Acapulco and Seattle. With America gone as primary peace keeper, the world soon descends into chaos as the remaining nations rearrange themselves in to some sort of new world order whilst the Middle East sees the event as some kind of miraculous, if not divine, intervention.