So, my Wheel of Time re-read turned into a catch-up/first read with Knife of Dreams and I realize the last Wheel of Time novel about which I blogged was The Path of Daggers and that’s likely because it was the last one I enjoyed more than I didn’t. That changes drastically with The Gathering Storm, easily the best Wheel of Time novel since A Crown of Swords (a book I enjoyed a great deal more upon my second reading of it). 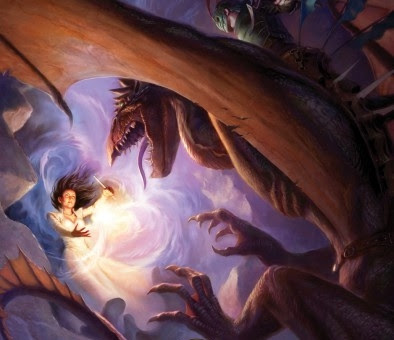 As with previous volumes, the book debuted at #1 on The New York Times bestseller list. On the other hand, the cover of the book is widely considered not only the absolute worst in the entire series (which is saying a lot if one considers Lord of Chaos and Crossroads of Twilight) or as Adam states: “This is easily the worst cover art put on a book from a reputable, big publishers in the 21st Century.” Thankfully for readers, Brandon Sanderson put his heart into the novel and gave readers and fans of The Wheel of Time a novel they deserved and wanted for years. A novel that resolved one of the major plot points of the series. That plot point of course is the ‘reforging’ of Tar Valon and the White Tower under the leadership of Egwene Al’ Vere (who as of this novel might be my favorite character in the series) as the one true Amyrlin Seat. The Gathering Storm also gives Egwene her total Crowning Moment of Awesome.

Just like the announcement that Brandon was picking up the reigns of writing the series reinvigorated my enthusiasm to revisit the series as it drew to a close, so does that actual book reinvigorate my enjoyment of the series. Nobody is perfect and The Gathering Storm isn’t without its shortcomings. The one pointed out the most, from what I’ve seen, is the character slippage of Mat Cauthon, one of the series’ fan favorites. It is hard to argue that Mat isn’t quite himself; or rather, he takes a few steps back in his advancement though perhaps this devolvement could be seen as reaction to being contained by Tuon for so long.

Rand’s descent into madness continues with every chapter in which he appears to the point he balefires an entire building full of people in trying to eliminate the Forsaken Graendal once he passes his Despair Event Horizon and balefires Semirhage. He continues to become more frustrated, feeling more of a leashed creature put into a box and I can’t help but blame Cadsuane a great deal since she was perhaps the most annoying character in this book for me. I’d slightly warmed to her in Knife of Dreams but here, I couldn’t stand her and like Skylar pushed Walter White with her henpecking in the early episodes of Breaking Bad, Cadsuane pushed Rand into being more of a paranoid jerk-ass. Rand’s character progression throughout The Gathering Storm made the ending of the novel extremely rewarding.

As noted, Mat didn’t seem to work quite as well and while Cadsuane annoyed me that was her character’s intention as I see it. The character who annoyed me the most; however, was Gawyn he really seemed to serve no purpose other than the Annoyer.

All told, I was pleasantly surprised by just how much I enjoyed the novel. I expected that I’d enjoy it, after all, I’ve enjoyed the series as a whole and everything I’ve read by Brandon Sanderson to this point. But more importantly shit gets real and things get resolved. To call Brandon's take over of The Wheel of Time based on this novel a huge success is selling short just how good a job he did with the book.