Just two more books this week, one electronic and one physical.

Flames of Shadam Khoreh (The Lays of Anuskaya Book Three) by Bradley P. Beaulieu (e-book/Trade Paperback 06/25/2013) – Beaulieu wraps up his trilogy and in doing so, breaks away from Night Shade to publish the books himself. Now is a good time for me to finally read these books. (Also, Brad is one of the two guys who runs the excellent Speculate SF! Podcast.)

Nearly two years after the harrowing events of The Straits of Galahesh, Atiana and Nikandr continue their long search for Nasim. The clues they find lead them to the desert wastes of the Gaji, where the fabled valley of Shadam Khoreh lies. But all is not well. War has moved from the islands to the mainland, and the Grand Duchy knows its time may be limited if Yrstanla rallies its forces.

Worse, the wasting disease and the rifts grow ever wider, threatening places that once thought themselves safe. The Dukes believe that their only hope may be to treat with the Haelish warriors to the west of Yrstanla, but Nikandr knows that the key is to find Nasim and a lost artifact known as the Atalayina.

Will Nikandr succeed and close the rifts once and for all? The answer lies deep within the Flames of Shadam Khoreh.

From Bradley P. Beaulieu, author of the critically acclaimed debut novel, The Winds of Khalakovo, comes the concluding volume in the Lays of Anuskaya trilogy, The Flames of Shadam Khoreh. 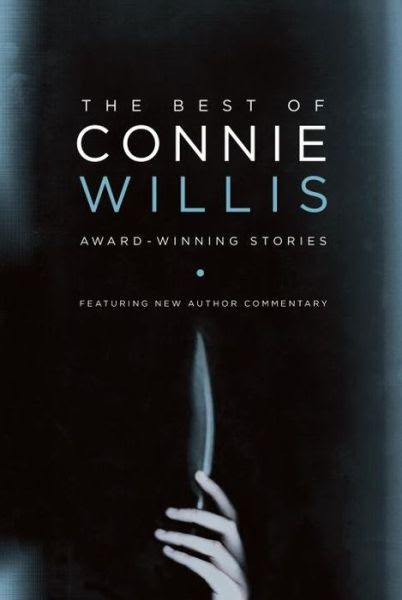 The Best of Connie Willis: Award-Winning Stories
by Connie Willis (Del Rey Hardcover 07/09/2013) – Willis has won every major genre award and she’s a grandmaster, this is a massive collection of her short stories.

Few authors have had careers as successful as that of Connie Willis. Inducted into the Science Fiction Hall of Fame and recently awarded the title of Grand Master by the Science Fiction and Fantasy Writers of America, Willis is still going strong. Her smart, heartfelt fiction runs the gamut from screwball comedy to profound tragedy, combining dazzling plot twists, cutting-edge science, and unforgettable characters.

From a near future mourning the extinction of dogs to an alternate history in which invading aliens were defeated by none other than Emily Dickinson; from a madcap convention of bumbling quantum physicists in Hollywood to a London whose Underground has become a storehouse of intangible memories both foul and fair—here are the greatest stories of one of the greatest writers working in any genre today.

All ten of the stories gathered here are Hugo or Nebula award winners—some even have the distinction of winning both. With a new Introduction by the author and personal afterwords to each story—plus a special look at three of Willis’s unique public speeches—this is unquestionably the collection of the season, a book that every Connie Willis fan will treasure, and, to those unfamiliar with her work, the perfect introduction to one of the most accomplished and best-loved writers of our time.