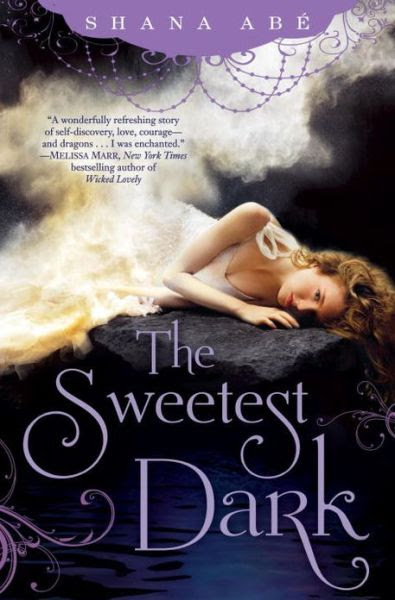 For fans of Lauren Kate and Libba Bray, The Sweetest Dark is filled with thrilling romance, exciting adventure, and ancient magic. Shana Abé brilliantly captures the drama of post-Victorian England, while unfolding a passionate love story that defies time.

“With every fiber of my being, I yearned to be normal. To glide through my days at Iverson without incident. But I’d have to face the fact that my life was about to unfold in a very, very different way than I’d ever envisioned. Normal would become forever out of reach.”

Lora Jones has always known that she’s different. On the outside, she appears to be an ordinary sixteen-year-old girl. Yet Lora’s been keeping a heartful of secrets: She hears songs that no one else can hear, dreams vividly of smoke and flight, and lives with a mysterious voice inside her that insists she’s far more than what she seems.

England, 1915. Raised in an orphanage in a rough corner of London, Lora quickly learns to hide her unique abilities and avoid attention. Then, much to her surprise, she is selected as the new charity student at Iverson, an elite boarding school on England’s southern coast. Iverson’s eerie, gothic castle is like nothing Lora has ever seen. And the two boys she meets there will open her eyes and forever change her destiny.

Jesse is the school’s groundskeeper—a beautiful boy who recognizes Lora for who and what she truly is. Armand is a darkly handsome and arrogant aristocrat who harbors a few closely guarded secrets of his own. Both hold the answers to her past. One is the key to her future. And both will aim to win her heart. As danger descends upon Iverson, Lora must harness the powers she’s only just begun to understand, or else lose everything she dearly loves. 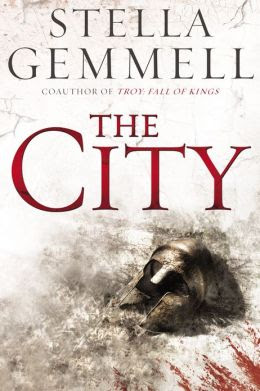 The City by Stella Gemmell (Ace, Hardcover 06/04/2013) – Any and everybody reading this blog probably recognizes the Gemmell name. The writing bug must have bit hard after Stella helped to finish off her husband’s Troy series, she went and wrote a big damned epic of her own.

In her debut solo novel, Stella Gemmell, coauthor of the “powerful” (Booklist) conclusion to David Gemmell’s Troy series, weaves a dark epic fantasy about a war-torn civilization and the immortal emperor who has it clutched in his evil grasp.

The City is ancient, layers upon layers. Once a thriving metropolis, it has sprawled beyond its bounds, inciting endless wars with neighboring tribes and creating a barren wasteland of what was once green and productive.

In the center of the City lives the emperor. Few have ever seen him, but those who have recall a man in his prime, though he should be very old. Some grimly speculate that he is no longer human, if he ever was. A small number have come to the desperate conclusion that the only way to stop the war is to end the emperor’s unnaturally long life. 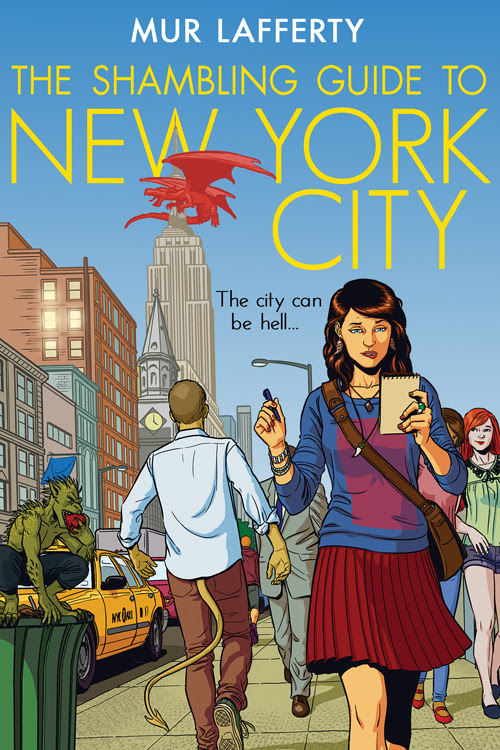 The Shambling Guide to New York City by Mur Lafferty (Orbit Trade Paperback 05/28/2013) – Lafferty’s been working at the writing gig for quite a while, in addition to being a SFF podcast pioneer. This is her first novel from a major publisher and it looks like a lot of fun.

Because of the disaster that was her last job, Zoe is searching for a fresh start as a travel book editor in the tourist-centric New York City. After stumbling across a seemingly perfect position though, Zoe is blocked at every turn because of the one thing she can't take off her resume --- human.

Not to be put off by anything -- especially not her blood drinking boss or death goddess coworker -- Zoe delves deep into the monster world. But her job turns deadly when the careful balance between human and monsters starts to crumble -- with Zoe right in the middle.

Virus Thirteen by Joshua Alan Parry (Tor Mass Market Paperback 03/26/2013) – Debut novel from Parry, who is a medical resident at the Mayo Clinic. He must have incredible time-management skills if he can be in the medical field and find time to write.

Scientists James Logan and his wife, Linda, have their dream careers at the world’s leading biotech company, GeneFirm, Inc. But their happiness is interrupted by a devastating bioterrorist attack: a deadly superflu that quickly becomes a global pandemic. The GeneFirm complex goes into lockdown and Linda’s research team is sent to high-security underground labs to develop a vaccine.

Above ground, James learns that GeneFirm security has been breached and Linda is in danger. To save her he must confront a desperate terrorist, armed government agents, and an invisible killer: Virus Thirteen.

On the heels of Kitty’s return from London, a new werewolf shows up in Denver, one who threatens to split the pack by challenging Kitty’s authority at every turn. The timing could not be worse; Kitty needs all the allies she can muster to go against the ancient vampire, Roman, if she’s to have any hope of defeating his Long Game. But there’s more to this intruder than there seems, and Kitty must uncover the truth, fast. Meanwhile, Cormac pursues an unknown entity wreaking havoc across Denver; and a vampire from the Order of St. Lazaurus tempts Rick with the means to transform his life forever.