Another small batch this week, one of which I’m already reading (and enjoying a great deal)

Promise of Blood (Book One of The Powder Mage Trilogy) by Brian McClellan (Orbit Hardcover / eBook 04/16/2013) – This book sounds quite interesting for a couple of reasons. A mix of gunpowder technology and magic and McClellan was a student of Brandon Sanderson. I’ll be interviewing Brian and he’ll also be doing a guest post on this here blog o’ mine. Brian was also lucky to get Tom Skerrit on the cover of his book. This is the physical hardcover of the eARC I received a while back and boy is this a beautiful book, perhaps the best looking book from a publisher who produces some of the best looking in the genre.

Field Marshal Tamas’ coup against his king sent corrupt aristocrats to the guillotine and brought bread to the starving. But it also provoked war with the Nine Nations, internal attacks by royalist fanatics, and greedy scrambling for money and power by Tamas’s supposed allies: the Church, workers unions, and mercenary forces. Stretched to his limit Tamas is relying heavily on his few remaining powder mages, including the embittered Taniel, a brilliant marksman who also happens to be his estranged son, and Adamat, a retired police inspector whose loyalty is being tested by blackmail. Now, as attacks batter them from within and without, the credulous are whispering about omens of death and destruction. Just old peasant legends about the gods waking to walk the earth. No modern educated man believes that sort of thing. But, the thing is, they should. 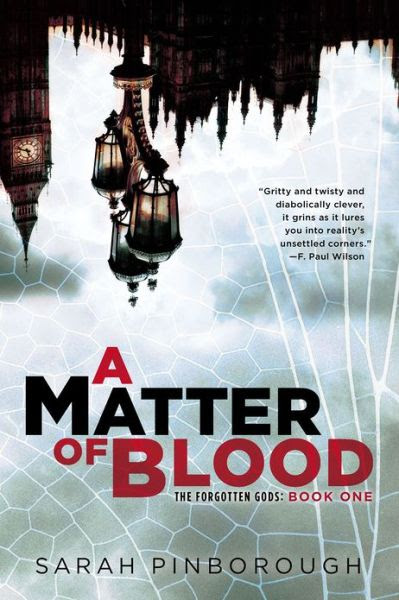 A Matter of Blood (The Forgotten Gods: Book One) by Sarah Pinborough (Ace Trade Paperback / eBook 04/02/2013) – Pinborough has established a very impressive reputation in her native UK for her horror novels, this is the first of a near future horror/sf trilogy.

Overview
In a world steeped in darkness, a new breed of evil has fallen…

London’s ruined economy has pushed everyone to the breaking point, and even the police rely on bribes and deals with criminals to survive. Detective Inspector Cass Jones struggles to keep integrity in the police force, but now, two gory cases will test his mettle. A gang hit goes wrong, leaving two schoolboys dead, and a serial killer calling himself the Man of Flies leaves a message on his victims saying “nothing is sacred.”

Then Cass’ brother murders his own family before committing suicide. Cass doesn’t believe his gentle brother did it. Yet when evidence emerges suggesting someone killed all three of them, a prime suspect is found—Cass himself.

Common links emerge in all three cases, but while Cass is finding more questions than answers, the Man of Flies continues to kill... 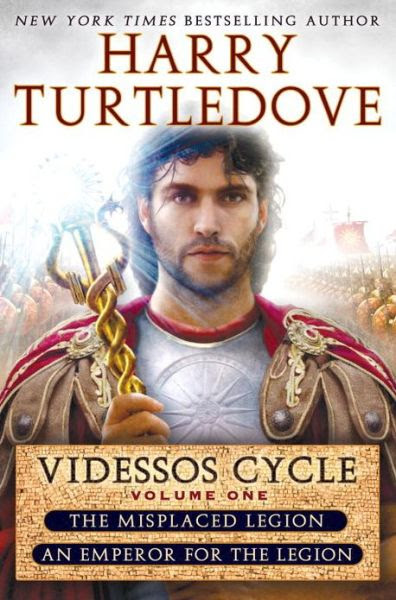 The Videssos Cycle: Volume One – The Misplaced Legion and An Emperor for the Legion (Videssos Books 1 and 2) by Harry Turtledove (Del Rey Trade Paperback 04/02/2013) – This is an omnibus edition featuring the first two novels in one of the first series Turtledove wrote. As I’ve said many times before when I get one of his books, I’ve never read a novel by him and I’ve probably received more books by Turtledove than any other author. That said, this one has a greater chance of climbing to the top of Mount Toberead than any of the others I’ve received by him.

Experience one of the most beloved series in fantasy—as could only be imagined by “the standard-bearer for alternate history” (USA Today).

Harry Turtledove’s many New York Times bestsellers provide an intriguing take on history’s most crucial moments, but he honed his speculative talents in a different genre: fantasy. The Videssos Cycle is the perfect fusion of the two. Collected here are the first two novels of Turtledove’s one-of-a-kind saga, in which a Roman legion is transported to a strange realm where magic rules.

In a duel for survival, the Roman military tribune Marcus Aemilius Scaurus raises his sword, blessed by a Druid priest, against a Celtic chieftain, who brandishes a blade of his own. At the moment the weapons touch, Marcus and his legion find themselves under a strange night sky, full of unfamiliar stars, where Rome and Gaul are unknown. They are in an outpost of the embattled Empire of Videssos—a world that will test their skill and courage as no soldiers have ever been tested before.

AN EMPEROR FOR THE LEGION

In the capital of Videssos, a coward and betrayer has seized the throne. There, behind great walls that have always made the city impregnable to storm or siege, he rules with the aid of dark sorcery. Overthrowing him seems impossible and the imperial army has already fled in panic from the savage victors. But there is no panic in the legion. Now Marcus Scaurus leads his men through the chaos and enemy hordes in search of winter quarters, to regroup and do the unthinkable: take the untakeable city. 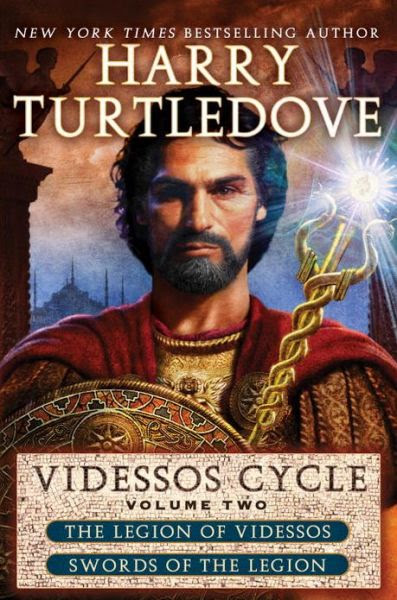 The Videssos Cycle: Volume Two – Legion of Videssos and Swords of the Legion (Videssos books 3 and 4) by Harry Turtledove (Del Rey Trade Paperback 04/16/2013) – This is an omnibus edition featuring novels 3 and 4 in one of the first series Turtledove wrote.

The classic fantasy series from “one of alternative-history’s stalwarts” (The New Yorker) continues in the adventure of a lifetime.

Harry Turtledove’s brilliant re-imaginings of major world events have thrilled fans for decades, but he first captured readers’ attention with the Videssos Cycle, a unique blend of fantasy and speculative history. In this two-book volume, a Roman legion, thrown into another world, fights its way through sorcery, intrigue, and epic conflict.

THE LEGION OF VIDESSOS

Since the legion was mysteriously transported to this magical realm, Roman military tribune Marcus Aemilius Scaurus has valiantly served the rulers of the war-torn city of Videssos. However, Fortune is a fickle goddess. Returning in triumph after defeating a well-entrenched army of rebel mercenaries, Marcus is betrayed by a friend, seized as a traitor, and dragged before the Emperor. Only one person may be able to save him: the Emperor’s niece. But consorting with her could lead to exile . . . or worse.

SWORDS OF THE LEGION

As prisoner of the Emperor, Marcus Scaurus is in a desperate situation. He stands condemned for treason, unless he can reclaim a rebel province from a fanatic usurper—without the aid of his Romans. Now, with just one centurion by his side, Marcus sets out to once again do the impossible. Soon the fates conspire against the men, driving them toward the torture chambers of an evil, deathless wizard-prince. But an audacious last hope rallies behind them—the soldiers of the legion are on the march.

Promise of Blood pops up on a lot of blogs. I fell in love with the cover the first time I saw it and ordered a copy of the book without even reading the description. So far I did not read any negative comment. I hope it will be as good as I expect.

I am reading Promise of Blood right now and enjoying it a great deal. McClellan is no joke and most of the praise I've seen is accurate.