The Forever Knight, NOS4R2, and Book of Sith at SFFWorld

Mark’s got two reviews over the past week (one a catch up due to technical difficulties at SFFWorld) and I’ve got one.

After my re-posts of my reviews of the first three novels in John Marco’s, Bronze Knight Chronicles it should come as no surprise that my review is John’s newest novel The Forever Knight . 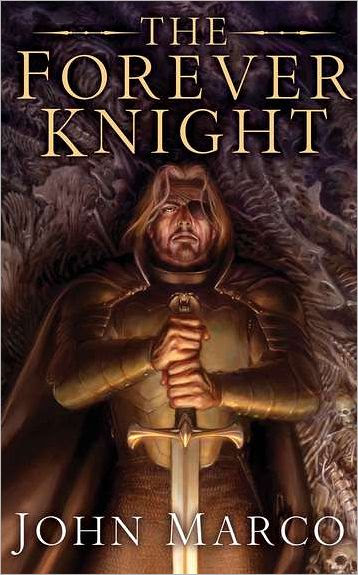 The first thing in Marco’s latest novel to distinguish itself from its predecessors is the authorial voice. This time around, John chose to tell Lukien’s tale through Lukien’s own voice utilizing the first person narrative technique. There’s a more intimate feeling to the story, although not quite a coziness, because Lukien is far from being the proverbial happy camper. He’s held his true love as she died, turned his best friend into an enemy, helped the Inhumans secure a place of safety (Grimhold), overthrown a madman, and gained another spiritual familiar in the form of Malator, the Akari. All of this happened in the novels The Eyes of God, The Devil’s Armor, and The Sword of Angels. This past baggage is not necessary for readers unfamiliar with those books to know since John sprinkled enough of Lukien’s past throughout the narrative to give him the weight of a burdened, tired-of-meandering, and on the cusp of breaking character for new readers to jump into the narrative.

I’ve been a fan of John Marco’s since I read his debut novel The Jackal of Nar well over a decade ago. With each book I’ve read by John, I’ve discovered something new in his writing, a different shade of what his abilities as a storyteller are. In The Forever Knight, John’s written his shortest novel to date, but by no means does that indicate is any less powerful a novel. The first person narrative works very well within this smaller, more tightly focused tale. Reacquainting myself with Lukien’s story, through Lukien’s own voice was a most welcome return.

Mark gets an early look at one of the more hotly anticipated novels of the year. The third novel from Joe Hill, NOS4R2:

The story is mainly told through and around the experiences of Vic McQueen, who begins the story as a young tomboy and rider of bicycles. In a Twilight Zone style twist, Vic finds early on in the novel that she can cycle from her place of residence (the small town world of Englewood, Colorado) to anywhere she chooses, from ‘Found’ to ‘Lost’ and back again, via her accessing what she calls ‘the Shorter Way Bridge’, a rickety bridge that in reality no longer exists. With practice, she finds that she can travel to places to fetch and find things, but not without cost, as there seems to be a physical effect on her every time she transports hers.

There are (deliberately, I’m sure) echoes of SK throughout this book, with spooky possessed cars, creepy houses, broken people, a large dog, a combination of Twilight Zone elements juxtaposed with homely elements of Americana, albeit often from the hidden underbelly. There’s bikes, cars and girls (or in Vic’s case, boys.) A character named Tabitha (Joe’s mother’s name). And, like IT’s Mike Hanlon, a librarian (with a stutter like Richie Tozier) is there to save the day. Here we channel the vampires of ‘Salem’s Lot and combine them with the creepy car experiences of Christine, as well as adding a smidgen of IT and a touch of The Body (although some may prefer the film title Stand by Me.)

Lastly, Mark reviews something of a novelty book a purported historical artifact from the Star Wars Expanded Universe. Book of Sith - Secrets from the Dark Side by Daniel Wallace:

There are five chapters here, with an encapsulating sixth element from Sidious himself. They show the long history of the rise and fall of the Sith over many thousands of years. Sorzus Syn"s chronicle of the original rise of the Sith Empire, thousands of years ago, begins the collection. It is the tale of a female Jedi, exiled from the Jedi Order, who set herself up as one of the first Sith Lords and created the Sith Code at the time of the Second Great Schism. Darth Malgus"s war journal was written during the Great Galactic War, when the Sith was defeated and the Republic ruled the Empire, as shown in the Old Republic computer games. Darth Bane (from Drew Karpyshyn"s novels) tells of a time when the Sith Order was in decline, having to do their work in the shadows, and shows how the Sith learned from their mistakes. Here Bane summarises his ideas and creates The Rule of Two (namely that one Sith must contain all the power of the dark side and that one Master must decide how that power shall be used) in order to rise again. Mother Talzin"s Wild Power text adds an element of the tale from the Clone Wars, that of the history, beliefs and work of the Nightsisters, a Sith splinter group who became dark side mercenaries. The fifth section is by Darth Plagueis, Darth Sidious" Master, showing his scientific thoughts on the true nature of the nature of the Sith.