Brian McClellan's debut novel, Promise of Blood publishes in a week - April 16, 2013. It has (rightfully) been getting quite a bit of praise in the weeks leading up to the book's publication. I finished reading it last week and really enjoyed it.  Brian provided the following guest post:

I had just turned nineteen, a freshman in my second semester at Brigham Young University, when I first met a man named Brandon Sanderson. He was co-teaching a junior-level class on writing science fiction and fantasy and his first book, Elantris, was about to hit shelves. I'd already decided I wanted to a be a professional novelist. Brandon would help me realize my dream.

The class was just under three hours every Thursday night. There was a lecture that Brandon alternated with an older, more experienced creative writing teacher, Sally Taylor, followed by an hour and twenty minutes where the class split up into writing groups of between four and six people.

It was similar to the creative writing class I had taken my first semester but with two very important differences. First, it focused on genre fiction. This included a teacher and classmates who really understood my love of fantasy and had some idea of what to expect from my writing. Second, the lectures were given by a guy who was about to be published by the biggest fantasy publisher out there!

We got to hear about how Brandon's book was progressing and see his excitement as the publishing date approached. He told us what to expect during a book sale and how he had acquired an agent and editor, as well as the value of going to conventions as an aspiring author. We got to see parts of his contract and read bits of his hitherto-unpublished work. I thought these lectures were fascinating. Here was nitty gritty of the industry. Here was the journey I wanted to go through myself some day.

During the second half of the class, he and the other teacher would sit in on our writing groups and provide comments for whomever was being critiqued, and help teach the members of the group how to get more value out of workshopping manuscripts. I met some awesome people during those writing groups. Some of them I'm still in touch with today.

The final exam of the class was to turn in a portfolio of our writing from the semester. I turned in the first quarter of a novel. It was a daft thing filled with elves, dwarves, dragons, racial prejudice between said elves and dwarves (surprise!), the "promised hero" and more. Brandon's comments? That I'd need to write better and be more creative if I was going to go somewhere with this. 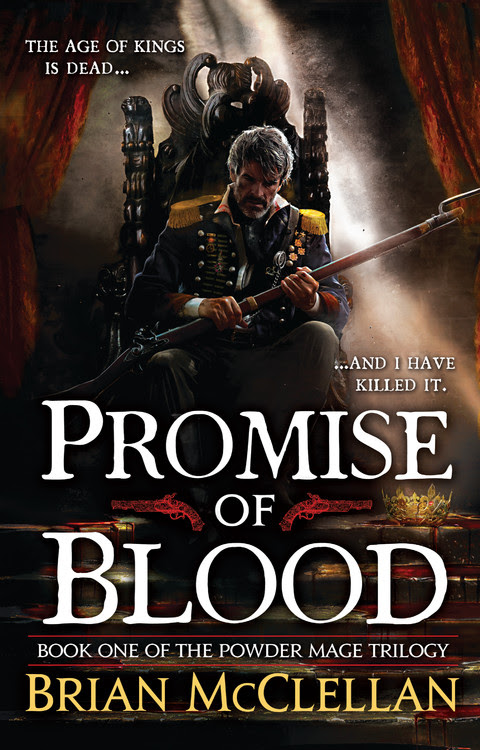 I took the class again the next year (it was a repeatable elective). Brandon was teaching by himself this time, Elantris ad done quite well as a stand-alone novel, and MISTBORN had a publication date. I had one aim in retaking the class: to become a better writer. It seemed to pay off when Brandon's comments on my final—a short historical fantasy story—were that I had serious talent and would eventually find a place in the industry if I kept at it.

And I did keep at it. I wrote more short stories. I worked on a new novel. I submitted to magazines and publishing houses. I was rejected. I took Brandon's class three times in total and then audited it another year. He was kind enough to let me sit in and take advantage of the writing groups, and not get annoyed when I missed a lecture. He let me tag along at a couple of conventions, where he introduced me to both his editor and his agent.

Watching Brandon grow as a newly published author was invaluable. He always had intelligent thoughts and new ideas for both books and ways to broaden his scope as a brand name. He never let the business of being an author get in the way of his writing—in fact, he married the two facets of the career in a way that has made him the success he is, which is something I respect profoundly.

A little over eight years ago, I was just a kid who wanted to be an author. On April 16th, my epic fantasy debut Promise of Blood will be coming out internationally from Orbit Books in hardcover, audiobook, and ebook. I very much doubt that would be happening if it weren't for the guidance that Brandon provided as a teacher.

Become a fan of The Powder Mage Trilogy on facebook.

Loved that story. What a cool experience to be there on the ground level for quite possibly THE fantasy author at the moment. No wonder Promise of Blood is THE debut of the year.

Congrats Brian. I am so thankful that one of his students put up podcasts of his lectures as I live in Australia so attending the lectures in person isn't an option. They are great, although I expect not nearly as good as being there in person. Your post shows the tenacity needed to make it. It's inspiring.