A few physical books, an electronic arc comprise this week’s batch of arrivals. 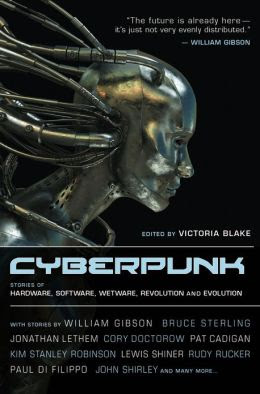 Cyberpunk: Stories of Hardware, Software, Wetware, Evolution, and Revolution edited by Victoria Blake Trade Paperback 02/26/2013) – Underland Press is a relatively new small press, but they’ve got an impressive stable of authors, including Elizabeth Hand, Matthew Hughes, and Jeff VanderMeer. Blake is also the publisher at Underland..

Before email, before “the web,” before hackers and GPS and sexting, before titanium implants, before Google Goggles, before Siri, and before each and every one of us carried a computer in our pockets, there was cyberpunk, and science fiction was never the same.

Cyberpunk writers—serious, smart, and courageous in the face of change—exposed the naiveté of a society rushing headlong into technological unknowns. Technology could not save us, they argued, and it might in fact ruin us. Now, thirty years after The Movement party-crashed the science fiction scene, the cyberpunk reality has largely come to be. The future they imagined is here.

In this book, you’ll find stories by legendary cyberpunk authors like Bruce Sterling and William Gibson, as well as stories by new cyberpunk voices like Cory Doctorow and Jonathan Lethem. You’ll find stories about society gone wrong and society saved, about soulless humans and soulful machines, about futures worth fighting for and futures that do nothing but kill.

Welcome to your cyberpunk world.

Without a Summer by Mary Robinette Kowal (Tor;Hardcover 04/02/2013) – Third in Kowal’s series of novels that seem to fit squarely in the Fantasy of Manners subset of books.

Up-and-coming fantasist Mary Robinette Kowal enchanted fans with award-winning short stories and beloved novels featuring Regency pair Jane and Vincent Ellsworth. In Without a Summer the master glamourists return home, but in a world where magic is real, nothing—even the domestic sphere—is quite what it seems.

Jane and Vincent go to Long Parkmeade to spend time with Jane’s family, but quickly turn restless. The year is unseasonably cold. No one wants to be outside and Mr. Ellsworth is concerned by the harvest, since a bad one may imperil Melody’s dowry. And Melody has concerns of her own, given the inadequate selection of eligible bachelors. When Jane and Vincent receive a commission from a prominent family in London, they decide to take it, and take Melody with them. They hope the change of scenery will do her good and her marriage prospects—and mood—will be brighter in London.
Once there, talk is of nothing but the crop failures caused by the cold and increased unemployment of the coldmongers, which have provoked riots in several cities to the north. With each passing day, it’s more difficult to avoid getting embroiled in the intrigue, none of which really helps Melody’s chances for romance. It’s not long before Jane and Vincent realize that in addition to getting Melody to the church on time, they must take on one small task: solving a crisis of international proportions.

Stepping Stone / Love Machine: Two Short Novels from Crosstown to Oblivion by Walter Mosley (Tor;Hardcover 04/02/2013) This is the third ‘double’ book this year from Mosley/Tor, it seems to work well.

Stepping Stone: Truman Pope has spent his whole life watching the world go by. A gentle, unassuming soul, he has worked in the mailroom of a large corporation for decades without making waves, until the day he spots a mysterious woman in yellow. A woman nobody else can see. Soon Truman's quiet life begins to turn upside-down.

Love Machine: The brainchild of an eccentric, possibly deranged scientist, the "Love Machine" can merge individual psyches and memories into a collective Co-Mind. Tricked into joining the Co-Mind, as part of a master plan to take over the world, Lois Kim struggles to adapt to her new reality and abilities. Is there any way back to the life that was stolen from her, or is she destined to lead humanity into a strange new era?? 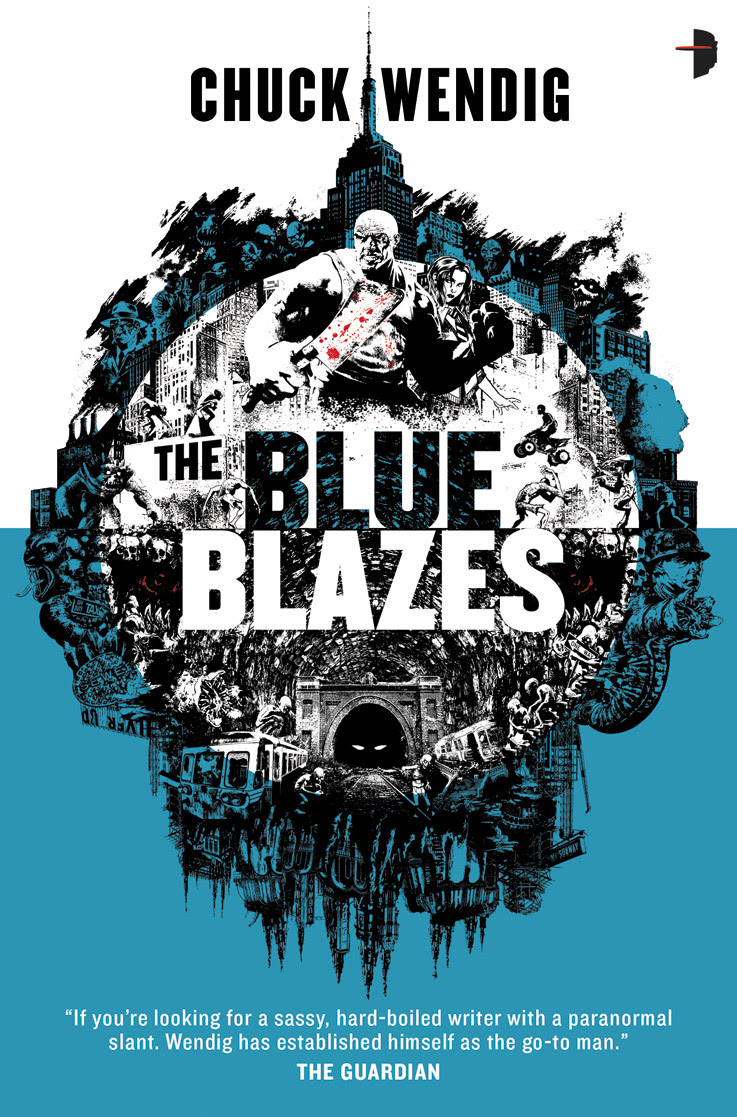 The Blue Blazes by Chuck Wendig (Angry Robot Books Mass Market Paperback 05/28/2013) – Chuck is an author whose fiction I really need to read. I’ve been following him on twitter since I joined and his blog where he dispenses some smart, smart writing advice. The guy works it to the nth degree. What better place to start than a novel with a protagonist named Mookie.

Meet Mookie Pearl.
Criminal underworld? He runs in it.

Supernatural underworld? He hunts in it.

Nothing stops Mookie when he's on the job.

But when his daughter takes up arms and opposes him, something's gotta give... 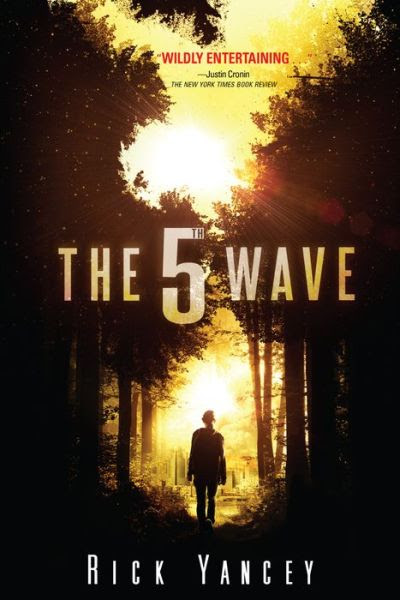 The Fifth Wave by Rick Yancey (Putnam Juvenile Hardcover 05/07/2013) – Alien apocalypse for the younger set, looks mildly intriguing from a very popular author. The publisher is marketing this in a big way, the book arrived in a a fancy custom envelope.

Now, it's the dawn of the 5th wave, and on a lonely stretch of highway, Cassie runs from Them. The beings who only look human, who roam the countryside killing anyone they see. Who have scattered Earth's last survivors. To stay alone is to stay alive, Cassie believes, until she meets Evan Walker. Beguiling and mysterious, Evan Walker may be Cassie's only hope for rescuing her brother—or even saving herself. But Cassie must choose: between trust and despair, between defiance and surrender, between life and death. To give up or to get up..

A nice haul of books - the Cyberpunk anthology sounds interesting.