Two books this week here at the o’ Stuff. If this downward trend continues, I might put these weekly books in the mail posts on hiatus or just post about the books as they arrive rather than wait until Sunday. 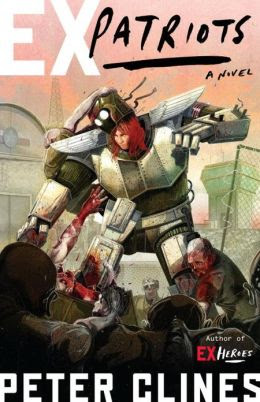 It's been two years since the plague of ex-humans decimated mankind. Two years since the superheroes St. George, Cerberus, Zzzap, and Stealth gathered Los Angeles’s survivors behind the walls of their fortress, the Mount.

Since then, the heroes have been fighting to give the Mount’s citizens hope, and something like a real life. But now supplies are growing scarce, the zombies are pressing in . . . and the heroes are wondering how much longer they can hold out.

Then hope arrives in the form of a surviving US Army battalion—and not just any battalion. The men and women of the Army's Project Krypton survived the outbreak because they are super-soldiers, created before mankind's fall to be better, stronger, faster than normal humans—and their secure base in Arizona beckons as a much needed refuge for the beleaguered heroes and their charges.

But a dark secret lies at the heart of Project Krypton, and those behind it wield an awesome and terrifying power.

Without a Summer (A Pathfinder Tales novel) by Chris Jackson (Paizo Mass Market Paperback 04/24/2013) – Jackson’s first book for the fine folks at Paizo in their award-winning and popular Pathfinder world.

A pirate captain of the Inner Sea, Torius Vin makes a living raiding wealthy merchant ships with his crew of loyal buccaneers. Few things matter more to Captain Torius than ill-gotten gold—but one of those is Celeste, his beautiful snake-bodied navigator. When a crafty courtesan offers the pirate crew a chance at the heist of a lifetime, it’s time for both man and naga to hoist the black flag and lead the Stargazer’s crew to fame and fortune. But will stealing the legendary Star of Thumen chart the corsairs a course to untold riches—or send them all to a watery grave?

From award-winning author Chris A. Jackson comes a fantastical new adventure of high-seas combat and romance set in the award-winning world of the Pathfinder Roleplaying Game.

Email ThisBlogThis!Share to TwitterShare to FacebookShare to Pinterest
Labels: 2013 Books, Books in the Mail, Pathfinder