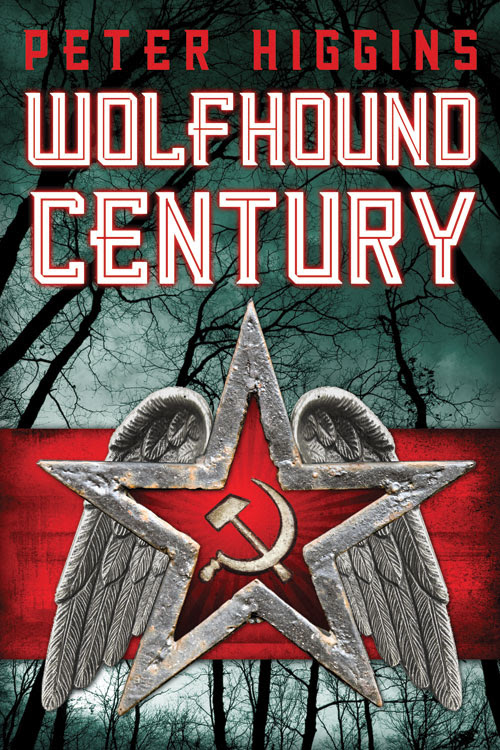 Wolfhound Century by Peter Higgins (Orbit Hardcover / eBook 03/23/2013) – Alternate history fused with Russian myth, this book has a lot of appeal. Orbit has done a book trailer for this, too: http://www.orbitbooks.net/wolfhound/

Inspector Vissarion Lom has been summoned to the capital in order to catch a terrorist --- and ordered to report directly to the head of the secret police. A totalitarian state, worn down by an endless war, must be seen to crush home-grown terrorism with an iron fist. But Lom discovers Mirgorod to be more corrupted than he imagined: a murky world of secret police and revolutionaries, cabaret clubs and doomed artists. Lom has been chosen because he is an outsider, not involved in the struggle for power within the party. And because of the sliver of angel stone implanted in his head.

Promise of Blood (Book One of The Powder Mage Trilogy) by Brian McClellan (Orbit Hardcover / eBook 04/16/2013) – This book sounds quite interesting for a couple of reasons: (1) mix of gunpowder technology and magic and (2) McClellan was a student of Brandon Sanderson. I’ll be interviewing Brian and he’ll also be doing a guest post on this here blog o’ mine. Brian was also lucky to get Tom Skerrit on the cover of his book

Field Marshal Tamas’ coup against his king sent corrupt aristocrats to the guillotine and brought bread to the starving. But it also provoked war with the Nine Nations, internal attacks by royalist fanatics, and greedy scrambling for money and power by Tamas’s supposed allies: the Church, workers unions, and mercenary forces. Stretched to his limit Tamas is relying heavily on his few remaining powder mages, including the embittered Taniel, a brilliant marksman who also happens to be his estranged son, and Adamat, a retired police inspector whose loyalty is being tested by blackmail. Now, as attacks batter them from within and without, the credulous are whispering about omens of death and destruction. Just old peasant legends about the gods waking to walk the earth. No modern educated man believes that sort of thing. But, the thing is, they should.