The great Hobbit of SFFWorld, Mark Yon, turned 50 this past week and 'celebrated' with a list of what he deems "50 Books to Read before You Die." Mark also looks at Peter Hamilton's first novel for younger readers, The Queen of Dreams: 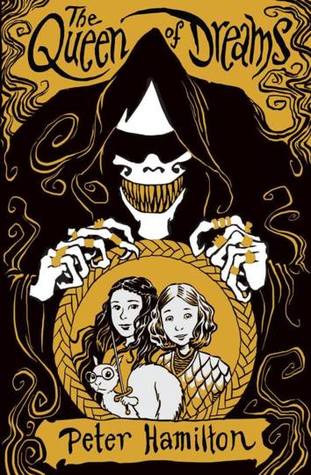 The plot is briefly summarised as follows: Agatha (Taggie) and Jemima Paganuzzi are two young sisters who go on holiday to their divorced father’s farm, Orchard Cottage, for the summer vacation. As they are settling in, the appearance of a white bespectacled squirrel seems a little unusual. Things turn stranger when they find the squirrel talks and then their dad is kidnapped down the garden well by some evil creatures doing another’s bidding… and it becomes clear that Taggie, Jemima and Felix (the aforementioned squirrel) are the ones to rescue him…

However, if I was, say, a 7-12-year old girl, I suspect they would love it. The energy and frenetic pace keep the pages turning, even when the tale veers into the decidedly twee, (and I’m thinking of, as an example, the point where there is the enrolment of a certain Princess Elizabeth Windsor in 1940’s Blitz-hit London.) Generally though there’s enough charm and verve to carry the story forward over the odd bump.

I posted my review of the second half of Joseph D'Lacey's Black Dawn duology, The Book of the Crowman: 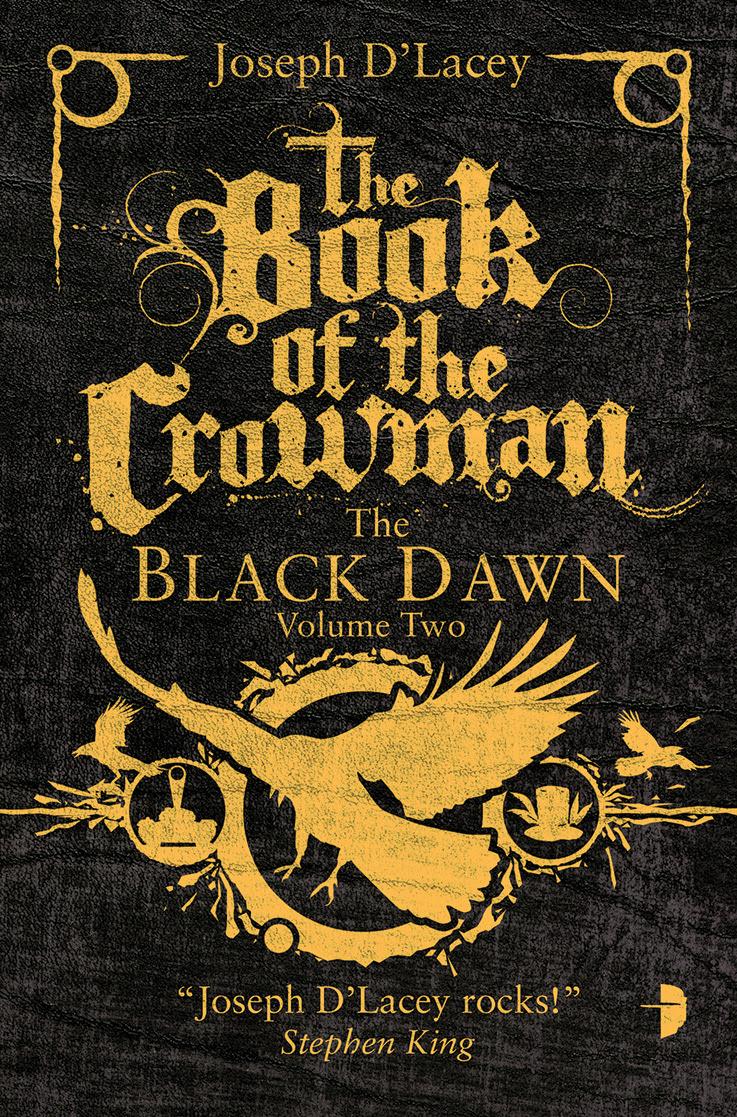 The Crowman as a figure has increased in prominence. In Black Dawn he was a whisper, a myth, but here in The Book of the Crowman, the figure is said to have been seen by other characters. He is a lightning rod, hunted by the Ward, elevated to a savoir figure by the Green Men (the rag-tag groups who oppose the structured order of the Ward). Gordon’s sole purpose is to find the Crowman by any means.
...
As the story/novel draw to close, the environmental theme of a Mother Earth is still strong, but more Judeo-Christian overtones vie for control of the story. These overtones were hinted at during the lead up to the story’s climax, but the theme thundered full force during a very graphic scene at the end. The allegory and resonant nature of the closing elements go from hints to being actually played out by the characters. The graphic nature of that pivotal scene is much more in-your-face and visceral than the earlier horrors hinted at in the novel. Considering much of D’Lacey’s previous fiction is very much in the horror genre, this shouldn’t be much of a surprise. For me, this shift worked in the larger context and themes I felt from of the Black Dawn, but I can see this element being a divisive point for readers.

Yesterday, the latest installment of my Completest column was posted to SF Signal, and features Lilith's Brood / Xenogenesis by the late, great Octavia E. Butler: A big theme here, obviously, is that we need to look outside of ourselves to survive. Related to that, is the theme of The Other: coming to accept the Other and the consequences of rejecting the Other. There is also an implied resonance with Lilith’s initial situation and slavery; she has no choice in being taken from her land. In being the mother to her “owner’s” children, she gains a family and secures safety for that family. This conflicts with her feelings for the remainder of humanity on the space vessel as she tries to help some of them escape. The race conflict, is of course, writ large on the conflict between humans and Oankali.


Butler plays with symbolism in the names, too. Lilith, of course has many ancient and biblical connotations. Dawn, as the title of the first novel in the series, hints at things anew on the horizon, Adulthood Rites to the maturation cycle, and Imago is the final stage of an insect’s metamorphosis which is appropriate for the title for the final novel in the series. 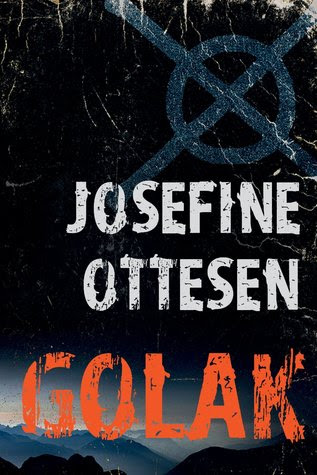 The story begins with an attack on their village. The golaks, the result of terrible genetic experiments, approach the village walls pleading for food and help. The villagers, along with Jonah and his brother, attack the golaks, driving them off.


In the process, Jonah kills two of the golaks who look a lot like a woman and child instead of the monsters he expected. After the ordeal, once everyone is safe behind the village walls, they realize Jonah’s younger sister, outside the walls grazing her cow, has been taken by the fleeing golaks.


A search party is organized, including Jonah, his estranged brother, and another village boy who is slated to marry Jonah’s sister. They scour the nearby woods, but do not find her. Jonah is convinced if they just keep at the golak’s trail, they’ll find her. Jonah loves his sister and will do anything to save her, but the elders in the search party determine it is too late. The girl is lost. They order that everyone turn back before it gets too dark.