Here's the weekly run-down of review copy arrivals here in the middle of New Jersey... 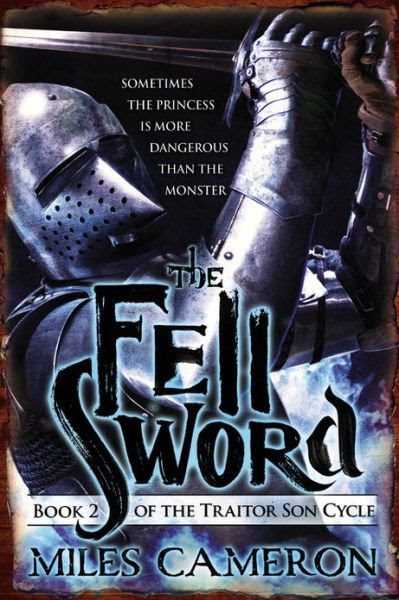 The Red Knight (Book 2 of The Traitor Son Cycle #1) by Miles Cameron (Orbit (Trade Paperback 03/11/2014) – The first one in this series The Red Knight didn’t quite work for me despite the good buzz (Westeros thread of pre-SFFWorld thread, Mark Yon’s review).

Betrayal, on the other hand, is free.

When the Emperor is taken hostage, the Red Knight and his men find their services in high demand -- and themselves surrounded by enemies. The country is in revolt, the capital city is besieged and any victory will be hard won. But the Red Knight has a plan.

The question is, can he negotiate the political, magical, real and romantic battlefields at the same time -- especially when he intends to be victorious on them all? Thief’s Magic (Book 1 of The Millennium’s Rule Trilogy) by Trudi Canavan (Orbit, Hardcover 05/13/2014) – Canavan has sold more than 2 million of copies of her books. This latest seems an interesting magic-punk series, with magic powering machines. This might be an interesting book to give her a try

In a world where an industrial revolution is powered by magic, Tyen, a student of archaeology, unearths a sentient book called Vella. Once a young sorcerer-bookbinder, Vella was transformed into a useful tool by one of the greatest sorcerers of history. Since then she has been collecting information, including a vital clue to the disaster Tyen’s world faces.


Elsewhere, in a land ruled by the priests, Rielle the dyer’s daughter has been taught that to use magic is to steal from the Angels. Yet she knows she has a talent for it, and that there is a corrupter in the city willing to teach her how to use it – should she dare to risk the Angels’ wrath.

But not everything is as Tyen and Rielle have been raised to believe. Not the nature of magic, nor the laws of their lands.

I need to try Trudi Canavan at some point. I saw her interview on Sword and Laser quite awhile back and really enjoyed what she had to say, made me want to give her storytelling a try.

I got a copy of Jon Sprunk's Blood and Iron in the mail this week. Lots of good books coming out tomorrow. Its going to be an expensive day at the bookstore.

Yes, March is going to be a big month.