Some new reviews at SFFWorld this past week, including one from Mark, one from Nila, and one from me.

Mark reviewed Den Patrick's The Boy with The Porcelain Blade, about a week after interviewing Den. Here's a bit of Mark's review:

As we begin the book Landfall is a place in turmoil. The King is clearly insane and so the world is run by people to whom corruption is second-nature. Our main protagonist in this story is Lucien de Fontein, a child of privilege, born into one of the Kingdom of Landfall’s wealthiest families. Although he is an Orfano (some sort of royal bastard child) he has certain benefits. He is nannied, educated and trained to use a porcelain sword in fighting, at which he has some skill.

The plot is mainly about Lucien’s coming of age, written in a style that flitters between the present and the past. Most of his early life, rather like Titus Groan’s in Gormenghast, is centred on one place, in Lucien’s case the city state of Demesne. Here we see Lucien grow and become increasingly independent. He finds himself having to defend himself against some Orfano and ally himself with others, finds himself at odds with some of his tutors and befriends others. In the end he uncovers a grisly mystery, and secrets about his past and his heritage that have been hidden from others for a long time…

I reviewed perhaps the biggest (both in physical size and anticpated) fantasy novel of the year, Words of Radiance, the second installment of Brandon Sanderson's Stormlight Archive: 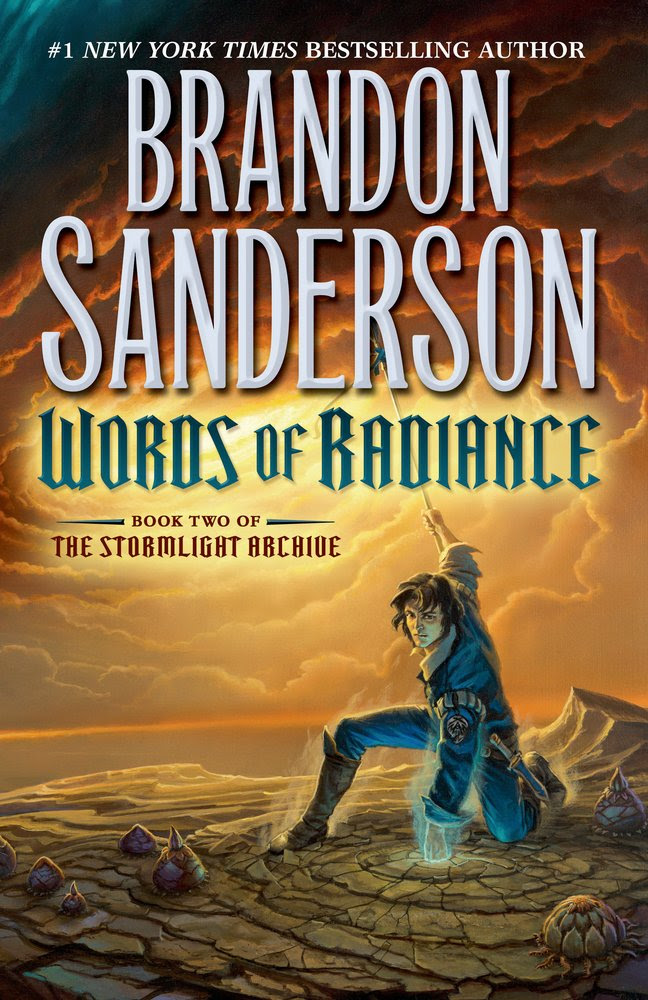 Whereas the first novel, The Way of Kings, focused a great deal on the character of Khaladin, Words of Radiance (as has been mentioned by many who’ve read it) is Shallan’s book. She is apprenticing under Dalinar’s daughter Jasnah, learning about the history of the world and essentially practicing the magic of the world. In many ways, Shallan’s journey over the course of this novel reminded me a bit of the journey Daenerys Targaryen has been taking for much of George R.R. Martin’s A Song of Ice and Fire. Shallan’s family is not what it once was, an event in the first third of the novel forces her to travel with, initially, very few companions until she begins to amass followers after making bold promises to them, and she is asserting herself in the world. Through flashback sequences to her life prior to her introduction to the series, Sanderson provides many tragic details about Shallan that inform the person we are traveling with on her journey to the Shattered Plains. The emotional resonance of her past echoes to her “current” journey, helping to make such large and epic novel feel so intimate and personal. As Shallan is a young woman not fully aware of the world at large, we as the readers get to learn about the world anew as she experiences and learns about it herself. This sort of world-building and storytelling is often the strongest kind giving the character a strong tie to the world and here in Words of Radiance, it is highlight of the novel.
...
I would be remiss if I didn’t mention the beautiful package/piece of art this book is. The US cover (Tor) is by the legendary Michael Whelan, front interior art is a character study of Shallan by Michael Whelan (above, which in my opinion should be the cover), and back endpapers of a map. Brandon posted all the artwork from the book here. Each chapter has an icon denoting on whom the chapter will focus and scattered throughout the book are full page illustrations which come across as creature illustrations, character studies, and the like. Irene Gallo and the whole Tor art and production team should be highly commended.

Nila continues her review of self-published/small press titles with Chasing the Star Garden by Melanie Karsak: 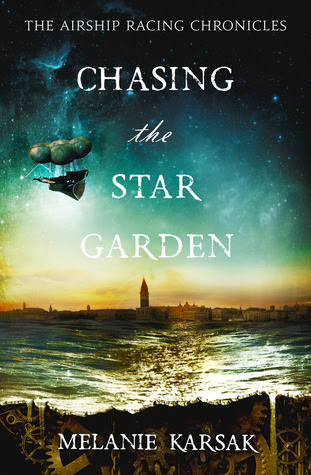 The book begins in the middle of a race. Lily and her crew are sailing through the sky above London, hot on the heels of her racing nemesis, an obviously better pilot than she because he wins and she doesn’t. Lily does come in second place, which isn’t half bad, but before she can claim her trophy, a man dressed in harlequin assaults her by shoving a long, clothed cylinder down the front of her pants – then promptly plunges to his death.
...
In addition, though Chasing the Star Garden was an interesting read and had some wonderful airship maneuvers, I never felt a connection to the main character. Lily’s life begins with the strict attentions of a couple of horrendous male guardians. She’s psychologically scarred and becomes an opium addict because of them, but somehow Lily ends up with well-intentioned men around her during this story. Though her love affair with Lord Byron, also a benefactor, might be construed as damaging, he does not demand much from Lily. He seems more of a easy crutch for the author to give Lily want she needs when she needs it.
at 3/28/2014

God's credibility is not predicated by a vote of confidence by the majority. God does not need to have His truth validated by the masses. The Bible and the Bible alone is God's truth to mankind. No creed book, Bible commentary, nor congregational church vote is needed to affirm God's credibility.

The entire population of the world disbelieved God when He told them is they ate from the tree in the middle of the garden or touched it, that they would die. (Genesis 3:4)

Adam and Eve died even though the majority opinion was in their favor. God's truth was not voided because the total population of the world disbelieved it.

Mark 16:16 He who has believed and has been baptized shall be saved; but he who has disbelieved shall be condemned.

Jesus said he who has believed shall be saved. The vast majority of the world disbelieves that. The majority opinion does not invalidate the words of Jesus.

Jesus said he who has been baptized shall be saved. The majority of the world believes water baptism is not essential in order for men to be saved. Majority opinion is not necessary to affirm, establish, or validate the words of Jesus Christ.

God's credibility does not depend on the majority of the worlds population to confirm, validate, endorse, nor corroborate His truth.

GOD'S WORD IS FOUND IN THE BIBLE AND THE BIBLE ALONE. The truth in the Bible is not subject to affirmation by a majority vote.