Just one book this week here at the o' Stuff compound. A big nice, looking book at that. 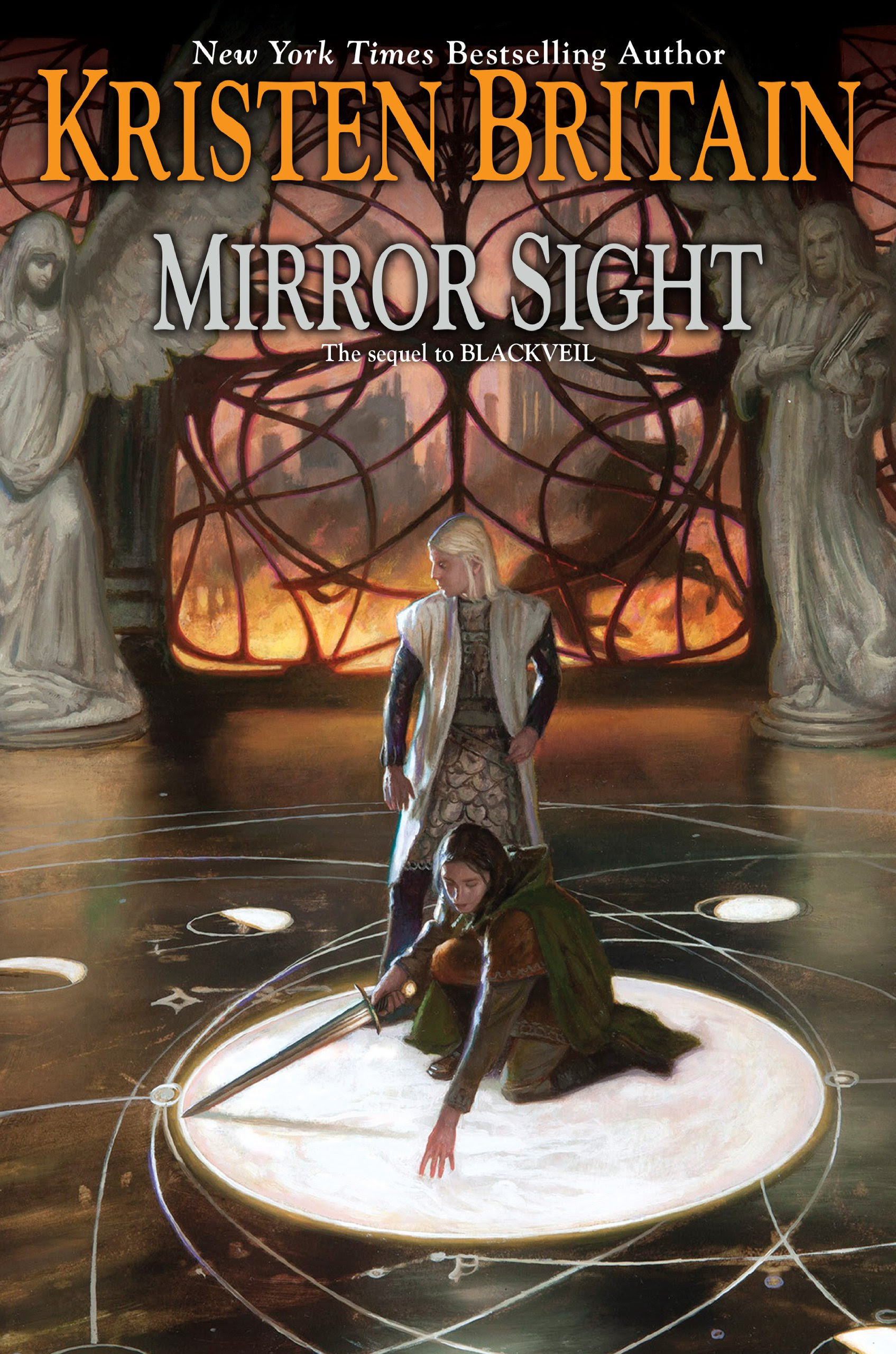 Mirror Sight (Green Rider #5) by Kristen Britain (DAW Hardcover 05/06/2014) – I read the first book, Green Rider in this series years ago, and I think I read book two in hardcover release.


Karigan G'ladheon is a Green Rider--a seasoned member of the elite messenger corps of King Zachary of Sacoridia. This corps of messengers, each gifted with a brooch of office that imparts a unique magical ability to its wearer, was founded over a thousand years ago during the terrible time of the Long War.

During that spell-fueled war, Sacoridia was besieged by the sorcerous armies of the Arcosian Empire, led by Mornhavon the Black. When Sacoridia finally triumphed, Mornhavon resorted to dark magic that rendered his twisted spirit immortal. Determined to keep the realm safe from this terrifying enemy, multitudes of Sacoridian magicians sacrificed their lives to build the immense D'Yer Wall, imprisoning the dangerous spirit of Mornhavon in Blackveil Forest, which uncontrolled magic had mutated into a perilous and unnatural place.

For over a thousand years, the magic of the D'Yer Wall protected the people of Sacoridia, but as the centuries passed, memory of how the wall had been built was lost as a traumatized nation turned its back on magic. And when a malicious entity cracked the massive wall, there were none left who knew how to repair it. Desperate to regain the knowledge and repair the ever-expanding breach in the wall, agents of the king scoured the kingdom for magical relics and information. Finally, in a last-ditch attempt to gain time, Karigan, whose Rider brooch enabled her to "fade"--sometimes traversing the layers of time and space--was able to catapult the spirit of Mornhavon into the future. But how far into the future was anyone's guess.

Realizing that this might be their only chance to enter Blackveil and examine the tainted peninsula, King Zachary sends Karigan and a contingent of Sacoridians beyond the wall, along with an equal number of Eletians--the immortal race that eons ago lived in what is now Blackveil Forest. But in addition to the unnatural dangers of the forest itself, Karigan and her small delegation have been followed by a secret rebel sect--descendants of the original Arcosian invaders, and during a showdown between these two groups, Mornhavon suddenly reappears.

In the magical confrontation that follows, Karigan is jolted out of Blackveil and wakes in a darkness backer than night. She's lying on smooth, cold stone, but as she reaches out, she realizes that the stone is not just beneath her, but above and around her as well. She's landed in a sealed stone sarcophagus, some unknown tomb, and the air is becoming thin.

Is this to be her end? If she escapes, where will she find herself? Is she still in the world she remembers, or has the magical explosion transported her somewhere completely different? To find out, she must first win free of her prison--before it becomes her grave. And should she succeed, will she be walking straight into a trap created by Mornhavon himself?
at 3/16/2014

Email ThisBlogThis!Share to TwitterShare to FacebookShare to Pinterest
Labels: Books in the Mail, DAW, Kristen Britain

What a surprise!
I read "Green Rider back in 2007. It was one of the first books I read in English.

In 2011 I read the second book in the series - "First Rider's Call" and bought a copy of the third book "High King's Tomb".

Then I lost track. Your post brought back good memories. I liked the character of Karigan G'ladheon.

I started to have a look at series I started but never finished.
Seems I need to get copies of "Blackveil" and "Mirror Sight".

Hmm, wonder what it is with this series? I enjoyed the first book as well, and bought a copy of the second and third, but have yet to give them a read. Might be time to catch up.