Locke & Key: A Post-Mortem and Coda

So on Friday, Alpha & Omega the final installment of the Locke & Key re-read I’ve been “curating” at Tor.com was posted. Go on, take a look if you dare: 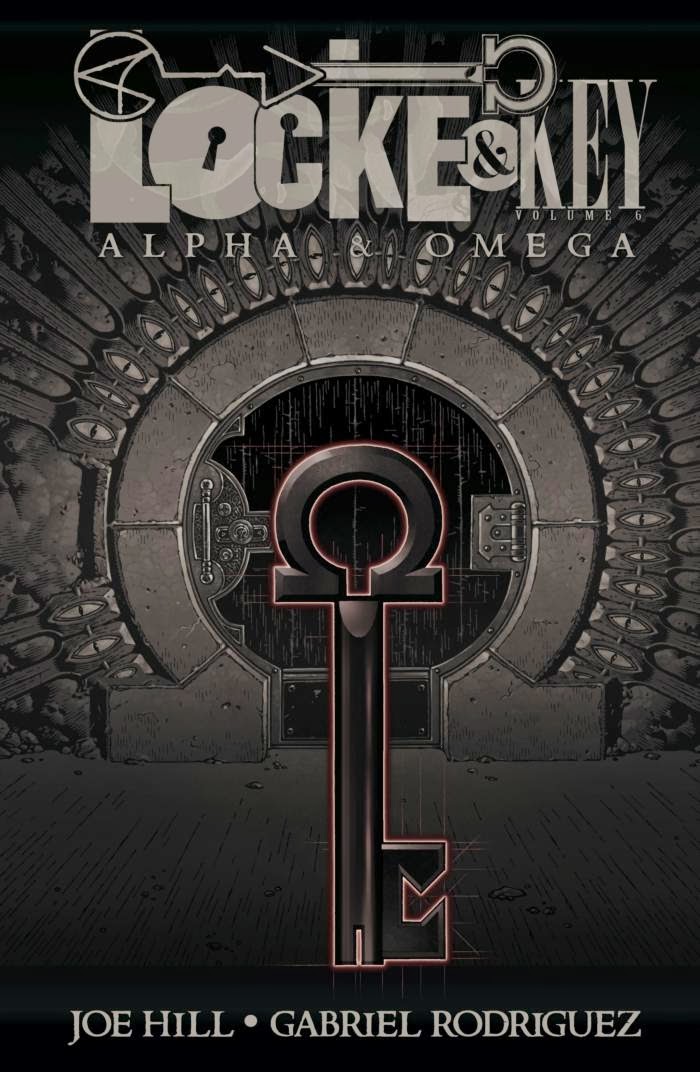 
Reading through this series has been one of the more enjoyable reading experiences I’ve ever had. I am long-time comic book reader (I remember buying comics on at the stationary story next to the PathMark where my parents went food shopping just as the cover price jumped to 75¢) and I am a long-time reader of genre having read Stephen King's novels when I was in middle school.

In other words, it might be fair to say that I have some emotional investment in Locke & Key.

There have been landmark comic series over the years; you all know them and the names behind them. But it isn’t always the case that I have been able to discover them at the ground level. For example, by the time I realized what Watchmen was, the thing was bound together in a trade paperback. Sandman was something at which I arrived near the tail end and only looked at askance in my days of reading mostly capes and tights stories. I arrived The Dark Knight Returns long after it was in its 12th trade paperback printing. 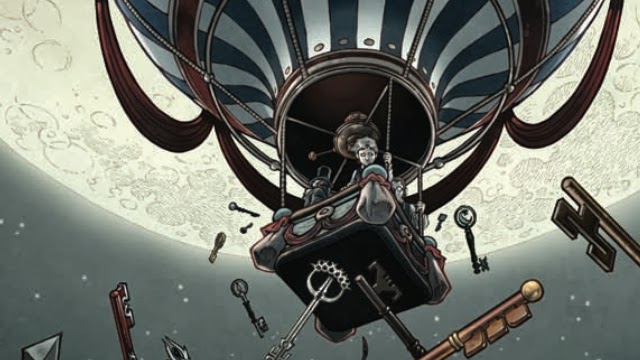 Other recent stories I came to early are Y: The Last Man and Fables (both of which are landmark stories on their own, with Y: The Last Man being one of the definitive Post-Apocalyptic tales in comic book form), but Locke & Key is something different for me. Maybe because Stephen King was the first “adult” writer I read voraciously and Joe Hill is his son. But I think it is mainly because Locke & Key is such a marvelous story.

As I said in my introduction post to the re-read, I was reading in single issues through the first three storylines (Welcome to Lovecraft, Head Games, and Crown of Shadows) and decided I wanted to wait to read the series in collected format. So as the series was winding down and in preparation for the re-read at Tor.com, I re-read the first three storylines of the story and was even more impressed on my second read. What I plan to do in the future is re-read the whole series now that I’ve seen it to full completion.

Being well-read or at the very least conversant with the darker side of the fantastic helped to inform my reading of the series, but it isn’t a necessary thing to enjoy the story to its fullest. The story is so rich with emotion, resonance, and great storytelling that it both embraces its horror/fantasy roots and transcends them to be something of its own. 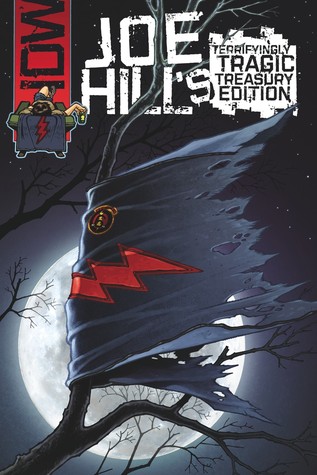 The boys (Joe Hill and Gabriel Rodriguez) have other stand-alone stories set in the same world of magic keys and Lovecraft. The first is Guide to the Known keys, which is a journal-like entry detailing various keys created by the Locke family over the years. That stand-alone issue also included. This issue also features a story very reminiscent of Winsor McCay’s Little Nemo in Slumberland* and tells the tale of a sick boy in the Locke family and the crafting of the Moon Key, which allows the bearer to open a window to the Moon and visit with people have passed on from this world. It is a very touching story and one that hints at the type of bittersweet/heartwarming aura surrounding much of the main storyline’s conclusion.  This story is collected in Joe Hill's Terrifyingly Tragic Treasury Edition.

*as it turns out, Gabriel Rodriguez is providing the art for the Eric Shanower scripted Little Nemo: Return to Slumberland

The other stand-alone is Grindhouse and feels like it could be an episode of The Twilight Zone if it aired on HBO. Set in the maybe the during the Depression, the story is almost like a twisted horrific version of the classic Bugs Bunny short, “Bugs and Thugs” wherein Bugs “helps” a gangster from the law. Of course, this being the Locke family in Keyhouse Manor things are quite so nice, rape is threatened, guns are pointed. A nice touch is that one of the young children is named Owen (a likely homage to Joe’s brother) and there’s a Corgi dog. Rodriguez’s art is a slightly different than what we’ve come to expect in the main storyline and that, coupled with the lettering, gives the comic an EC Comics / horror feel.

Joe Hill and Gabe Rodriguez have indicated there very likely will be more stories about the Locke family and their keys. Based on the hints and tidbits in Clockworks and the two standalones, the soil is quit fertile for more stories.