This week’s haul includes books in two series I’ve yet to start but which continue to intrigue me. One of those books is part of the haul from Del Rey. 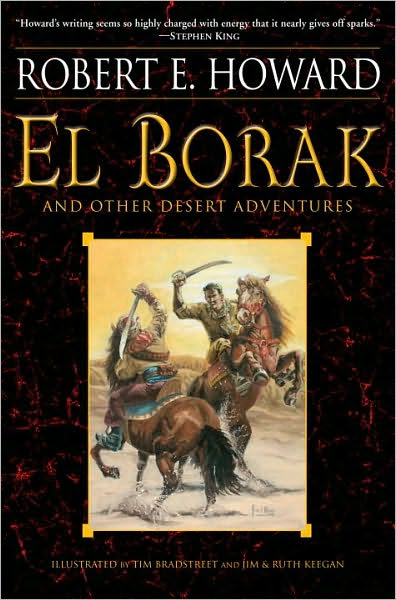 
Robert E. Howard is famous for creating such immortal heroes as Conan the Cimmerian, Solomon Kane, and Bran Mak Morn. Less well-known but equally extraordinary are his non-fantasy adventure stories set in the Middle East and featuring such two-fisted heroes as Francis Xavier Gordon—known as “El Borak”—Kirby O’Donnell, and Steve Clarney. This trio of hard-fighting Americans, civilized men with more than a touch of the primordial in their veins, marked a new direction for Howard’s writing, and new territory for his genius to conquer.

The wily Texan El Borak, a hardened fighter who stalks the sandscapes of Afghanistan like a vengeful wolf, is rivaled among Howard’s creations only by Conan himself. In such classic tales as “The Daughter of Erlik Khan,” “Three-Bladed Doom,” and “Sons of the Hawk,” Howard proves himself once again a master of action, and with plenty of eerie atmosphere his plotting becomes tighter and twistier than ever, resulting in stories worthy of comparison to Jack London and Rudyard Kipling. Every fan of Robert E. Howard and aficionados of great adventure writing will want to own this collection of the best of Howard’s desert tales, lavishly illustrated by award-winning artists Tim Bradstreet and Jim & Ruth Keegan.

Iron Man: Virus by Alex Irvine (Del Rey, Mass Market Paperback 1/26/2010) – I’ve read some of Irvine’s novels and enjoyed them and he seems to be churning out superhero novels on a pretty regular basis.

THE ONLY HOPE AGAINST THE ULTIMATE DECEPTION

In the clear blue skies above Long Island, two airplanes collide. Tony Stark watches the scene in horror and wishes he had the technology that is almost within his reach—a new hyperintelligent instant control system that could have given the aircraft advance warning. But Stark, an obsessive, increasingly troubled recluse, doesn’t know that his invention has been compromised.

In fact, the collision was a carefully crafted hit on Madame Hydra, the final stage in Arnim Zola’s plan to seize control of HYDRA and get rid of Iron Man once and for all. The cunning adversary has already infiltrated Stark Industries security to develop a version of the instant control mechanism that will take over the armored suit and turn it against Stark and S.H.I.E.L.D. While Tony races to track down the source of the intrusion, Zola unleashes direly ingenious computer viruses and the ultimate secret weapon: a murderous clone army based on Stark’s most trusted friend. A puppet master of self-replicating terror, Zola is plunging a city into a war that threatens to consume all in its wake. 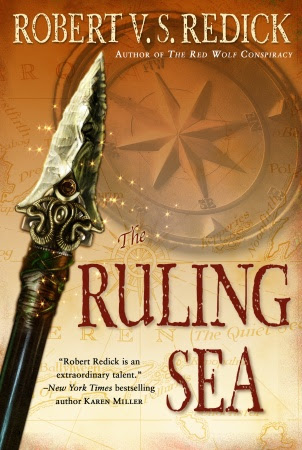 The Ruling Sea (The Chathrand Voyage Trilogy Book 2) by Robert V.S. Redick (Del Rey Hardcover 2/16/2010) – A year later and I still haven’t managed to read the first book in this series, but it hasn’t really left the to read pile.

In his acclaimed first novel, The Red Wolf Conspiracy, Robert V. S. Redick launched the gargantuan ship Chathrand and its motley crew of misfits, murderers, and monsters toward a landfall that may exist only in legend. Now Redick masterfully ratchets up the suspense with deep intrigue, ancient powers, and shocking new revelations.

Though the immediate plans of the dark sorcerer Arunis have been thwarted, the battle for control of the Chathrand, on which the fate of empires hinges, is far from over. On board, a small band of allies bound together less by trust than by desperate need scrambles for a means to defeat the conspiracy, while the nobleborn Thasha Isiq and the lowly deckhand Pazel Pathkendle find themselves unwillingly drawn inward to the plot’s core—and into a deadly game that will force them to make hard sacrifices.

The wizard Ramachni has left the travelers and retreated to his own world to nurse his battle wounds, but Arunis remains at large—weakened, yet still a terrifying foe. More pressing is the conspiracy of the Arquali Emperor, his chief assassin, Sandor Ott, and the Chathrand’s notorious captain, Nilus Rose, to use the dawn wedding of Thasha and a Mzithrin prince as a signal to launch a war.

With every move they make, Thasha and her compatriots find that they have more to lose—especially the deposed ixchel queen, Diadrelu, and the woken rat, Felthrup, who each harbor terrible secrets they dare not reveal.

Worst of all is a hidden, festering horror lurking in the hold of the Chathrand. A danger that not even Ramachni could have foreseen, it is the twisted product of a malevolent powerdetermined to pull down the pillars of the world.

Now, as the Chathrand sets course through the uncharted waters of the vast and mysterious Ruling Sea, the fragile bonds of trust and love beginning to form between the unlikely allies will be tested to the breaking point—by unspeakable terrors, magical wonders, and shattering betrayals that dwarf anything that has come before.

Markham has returned to Seattle, searching for Katarina, the girl who, a decade ago, touched his soul, literally tearing it from his body. But what he discovers upon arriving is dark magick - of a most ancient and destructive kind!

An encounter with a desperate spirit, leaping destructively from host to host, sets Markham on the trail of secretive cabal of magicians seeking to punch a hole through heaven, extinguishing forever the divine spark. Armed with the Chorus, a phantasmal chain of human souls he wields as a weapon of will, Markham must engage in a magickal battle with earth-shattering stakes!

Markum must delve deep into his past, calling on every aspect of his occult training for there to be any hope of a future. But delve he must, for Markham is a veneficus, a spirit thief, the Lightbreaker...

Heartland (The Codex of Souls #2) by Mark Teppo (NightShade Books Mass Market Paperback 01/18/2010) – This is the second book in Teppo’s urban fantasy series, which I’ve been wanting to start since about a year ago. With two books looming at me now, I do feel more compelled.

Markham returns to Paris where he lost his love - and nearly his life! The ancient order of manipulative magicians that once cast him out is now in turmoil... a turmoil made all the greater by the swaths of destruction that Markham tried to avert in the Pacific Northwest. Teamed with an unlikely partner, Markham seeks to overturn the corrupt remains of an order no longer able to police its own practitioners. Yet, he can't escape the feeling that he's still just a pawn in a larger game.

The second novel of the Codex of Souls further explores the strange occult world first introduced in Lightbreaker. Mark Teppo's vision of a magical underworld is a non-stop adventure that continues to bring new light to the occult origins of our history. 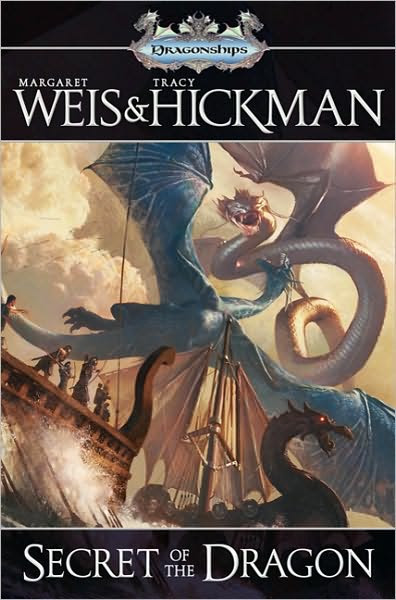 Secret of the Dragon (Dragonships of Vindras #2) by Margaret Weis and Tracy Hickman (Tor, Hardcover 03/16/2010) – Like a lot of fantasy fans who found the genre in the 1980s, the duo of Weis/Hickman helped to introduce me to the genre, through their DragonLance and Darksword sagas. This is the second book of their latest collaborative effort – a six book series.

New gods are challenging the old high god, Torval, for rulership of the world. The only way to stop these brash interlopers lies with the five Bones of the Vektia Dragons—the five primal dragons hidden away by the dragon goddess, Vindrash, during the creation of the world. Without these dragons, one of the new gods, Aelon, cannot seize power. The only hope of the Vindrasi lies in finding the dragon bones before the followers of Aelon can use them to destroy the old gods. But the Vindrasi gods have a traitor in their midst…

In the land of mortals, Raegar, a Vindraisi turned Aelon warrior-priest, searches for the spirit bones. The gods have a champion of their own—Skylan Ivorson, sea-raider and high chief of the Vindrasi clans, and sworn enemy to Raegar. But Skylan is a prisoner on his own ship. The ship’s dragon, Kahg, has vanished and some believe he is dead. Skylan and his people are taken as captives to Sinaria, where they must fight in a game known as the Para Dix. The fates of men and gods and are dragons are rushing headlong to destruction. Skylan can stop the calamity, but only if he discovers the secret of the dragon.
at 1/24/2010

Email ThisBlogThis!Share to TwitterShare to FacebookShare to Pinterest
Labels: Books in the Mail, Del Rey, NightShadeBooks