While tEotW served as an introduction to the primary characters smaller scale people of The Wheel of Time, The Great Hunt might be considered an introduction to the politics, nations, and geopolitical powers of Randland.
Jordan starts the book off with a prologue, setting the reader smack dab in the middle of a Darkfriends meeting. The story proper then picks up right with the anticipated arrival of the Amyrilin Seat. Rand does everything to alienate his friends so they will leave him alone – he wants to keep them away from the dangerous person he sees himself becoming. It becomes a bit grating after a bit. he Horn of Valere is stolen by Padan Fain and we are given the main quest of the novel – the heroes must retrieve the Horn so it’s powers of calling the Great Hunt.

The best chapter of the book, and maybe the entire series, is aptly titles The Dragon Reborn where Rand is tapped on the shoulder and told he’s humanity’s savior. The entire scene, from what Moiraine reveals about his birth and infantile journey to the Two Rivers, to the Amyrlin Seat flatly, and matter-of-factly, tells Rand al’Thor he is The Dragon Reborn. It was a perfectly played scene. 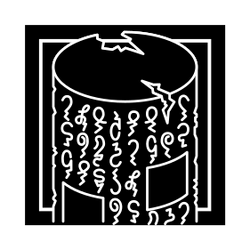 When Rand, Hurin, and Loial make camp near a strange stone they wake up the next day in a washed out world. They have traveled to a apocalyptically flavored world where they encounter giant bear-toads with three eyes and a mysterious woman named Selene.

Jordan’s ability to give scenes power and gravitas are on full display in The Great Hunt. The mythic air of what is happening to these characters is really taking shape. The portal stones are interesting conceits of what-if worlds. It also starts to become clear how much of a scope Jordan has informing the world and the series.

I may take a break every two or three books in the series to catch up with review books. That remains to be seen.
at 1/29/2010