Carai an Caldazar and Blackout Reviewed

Thanks to Adam for bringing something to my attentionn that my obvious lack of math skills didn’t – this year is the 20th Anniversary of the publication of The Wheel of Time. I hadn’t made that connection when I began my re-read of the series on Friday with The Eye of the World, but it is a neat case of serendipity. One might even say a case of the Wheel weaving a thread of the Great Pattern. 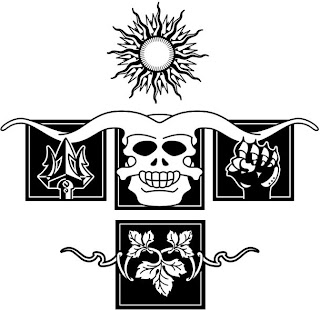 I finished up to Chapter 19 last night, Shadow’s Waiting where the Three Stooges of the Two Rivers meet up with Mordeth. They seemed awfully quick to spill the beans to him, after being tightlipped in Baerlon, which was a bit on the unplausible side. I do like the background narrative we learn about the destruction and ruined city of Shadar Logoth.

Nynaeave first comes into play as a prominent character a couple of chapters before the above with her first braid pull. Knowing now that she and Lan come together, it is interesting to note that he does show her respect initially, at least in a different way than the Two Rivers people and even Moiraine.

In Baerlon, we also meet with the god-awful Children of the Light for the first time. They just get in the way of everything, and it shows that there is more to the world than just the Dark One and those fighting against him on Rand/Moiraine’s side.

I also like how Jordan titles each chapter, too.

I posted Dan’s review of Connie Willis’s Blackout, today which he seemed to enjoy quite a bit:

So, what do we get in this tale? We get a rich look at 1940s England, in the city and the countryside. We get an up close and personal view of Dunkirk. We get a good review of medical facilities and practices in the 1940s, e.g., how does one break the fever associated with measles without antibiotics? We get a marvelous description of life in the tubes and shelters during air raids and the behavior and character of the Londoner. We are also introduced to four singular time travelers with all their accomplishments and failings. Sometimes, we think that folk from 2060 ought to be more aware of the world around them and how to deal with it but, then, we ourselves are forgetting they are operating in a world of 120 years ago. 120 years ago today, we’d be hard pressed to recognize all the ins and outs of 1890s daily life.