One down, eleven to go. I finished up The Eye of the World over the weekend and came across two chapters that really stand out as cruxes of the series. The first is when Rand falls over the wall and is taken in by Elayne. The viewing Elaida gives Rand really drives away any doubt that he, of the three young men from the Two Rivers, Rand is the one at the center of the story. The hints before, especially from Loial, of his true heritage and even in the chapter with Elaida of his look and how the heron marked sword ‘fit him’ were only the tip of the iceberg.

Loial is one of my favorite supporting characters in the series and revisiting his first meeting with Rand was one point I was looking forward to re-reading. In a sense, Loial might be our eyes and ears in the saga. The sense of wonder and reverence he evokes when talking of the events adds an extra layer of resonance. Loial is a good contrast to Moiraine world in a different way than Moirane. 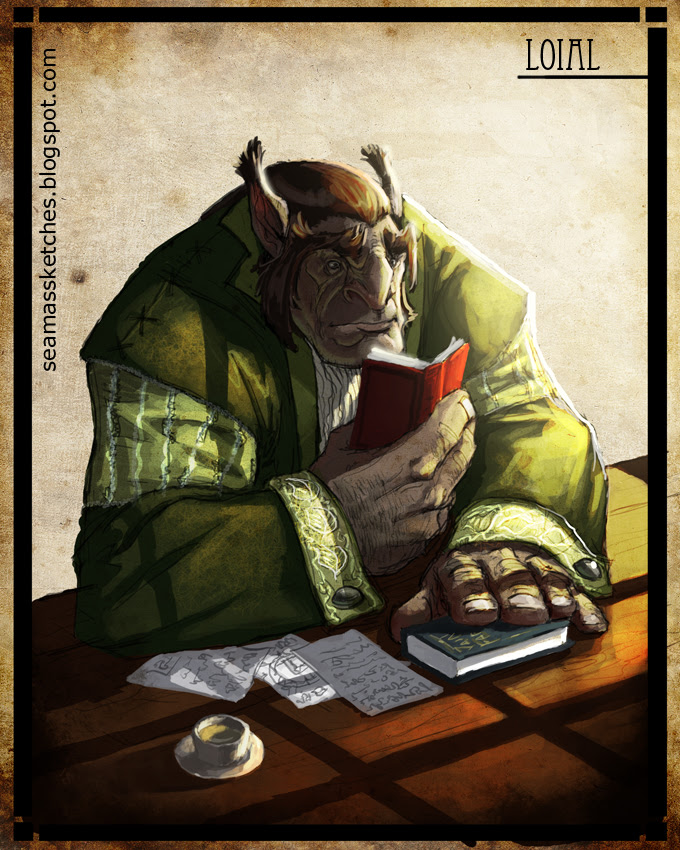 Loial is also a good example of a twist on genre conventions in the series. His species, Ogier, is awfully similar to Ogre. More often than not, ogres are big, dumb and tend toward the evil side of things. Sure Loial, and all Ogiers for that matter, are large and not easy on the eyes – a fact made clear by Rand’s reaction, and later his companions’s, blurting out Trolloc. If anything, Loial is gentle, quite proper and gentlemanly, extremely bright, curious and a perfect traveling companion.

In the last portion of the book, Jordan introduces the Way gates and an even darker sense of horror than he did with Shadar Logoth. Some really good scenes of dread.

One thing I realized about Jordan’s writing, at least here in The Eye of the World, is that he’s more subtle than he becomes later in the books. At the least, more subtle than he gets credit for being. The scenes when Rand channels, for example, can be interpreted in different ways – when he heals Bela and when Rand and Mat escape from Gode at The Dancing Cartman (Hella Sweet!). It isn't blatantly clear that Rand healed Bela, it could otherwise be read that she gave one last burst of energy. Horses do that in horse races all the time. When Rand and Mat escape, a storm was going on outside. At least they were traveling in a storm before entering The Dancing Cartman. In hindsight, the events are very clear, but reading along not knowing anything, Jordan nicely made the scenes duplicitous.

Though my memory of Nynaeave in the later books is not too fond, here in the first book she is at least somewhat sympathetic. Her first concern is for the “boys” and she doesn’t want Moiraine to harm them. Like all the Two Rivers folk, Nynaeave suffers from that short-sighted small town mentality. It serves them well in daily life, but has a tendency to make them seem foolish when confronted with the facts that contradict their preconceived notions.

All told, The Eye of the World one of the best opening volumes to a multi-volume fantasy sagas written. While there is closure, in a sense, Jordan gives us a lot to look forward to with The Eye of the World. My re-reading of the novel only helped me to appreciate it more.

Email ThisBlogThis!Share to TwitterShare to FacebookShare to Pinterest
Labels: Robert Jordan, The Eye of the World, Wheel of Time, WOT Re-Read