A random of assortment of SFF goodness this week...

The Hounds of Avalon by Mark Chadbourn (Pyr Trade Paperback 04/11/2010) – Third book in the Chadbourn’s trilogy, itself a sequel trilogy to Age of Misrule which I read and enjoyed last year.

The Hounds of Avalon are coming....

For these are the twilight days, when eternal winter falls and the gods destroy themselves in civil war ... when an invasion force of ghastly power threatens to eradicate all life.

Humanity's last chance lies with two friends, as different as night and day, but bound together by an awesome destiny.

Hunter: a warrior, a rake, an assassin; Hal: a lowly records clerk in a Government office. They must pierce a mystery surrounding the myths of King Arthur to find the dreaming hero who will ride out of the mists of legend to save the world.

But time is running out, for when the Hounds of Avalon appear, all hope is lost....

The Dervish House by Ian McDonald (Pyr Hardcover 07/10/2010) – McDonald is one of Pyr’s great success stories both in terms of the reissues and new novels – his books and stories have been nominated for quite a few awards and won some others. I thoroughly enjoyed River of Gods, Mark and Art liked Brasyl, and Dan liked Desolation Road

It begins with an explosion. Another day, another bus bomb. Everyone it seems is after a piece of Turkey. But the shockwaves from this random act of 21st century pandemic terrorism will ripple further and resonate louder than just Enginsoy Square.

Welcome to the world of The Dervish House; the great, ancient, paradoxical city of Istanbul, divided like a human brain, in the great, ancient, equally paradoxical nation of Turkey. The year is 2027 and Turkey is about to celebrate the fifth anniversary of its accession to the European Union; a Europe that now runs from the Arran Islands to Ararat. Population pushing one hundred million, Istanbul swollen to fifteen million; Turkey is the largest, most populous and most diverse nation in the EU, but also one of the poorest and most socially divided. It's a boom economy, the sweatshop of Europe, the bazaar of central Asia, the key to the immense gas wealth of Russia and Central Asia.

Gas is power. But its power at a price, and that price is emissions permits. This is the age of carbon consciousness: every individual in the EU has a card stipulating individual carbon allowance that must be produced at every CO2 generating transaction. For those who can master the game, who can make the trades between gas price and carbon trading permits, who can play the power factions against each other, there are fortunes to be made. The old Byzantine politics are back. They never went away.

The ancient power struggled between Sunni and Shia threatens like a storm: Ankara has watched the Middle East emerge from twenty-five years of sectarian conflict. So far it has stayed aloof. A populist Prime Minister has called a referendum on EU membership. Tensions run high. The army watches, hand on holster. And a Galatasary Champions' League football game against Arsenal stokes passions even higher.

The Dervish House is seven days, six characters, three interconnected story strands, one central common core--the eponymous dervish house, a character in itself--that pins all these players together in a weave of intrigue, conflict, drama and a ticking clock of a thriller. 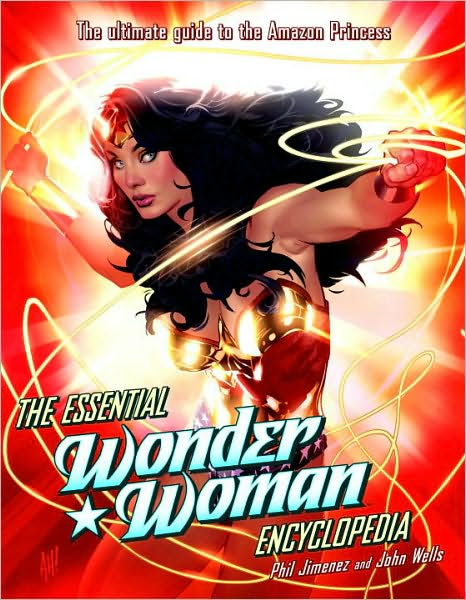 The Essential Wonder Woman Encyclopedia by Phil Jimenez and John Wells (Del Rey Trade Paperback 04/27/2010) – I’ve been reading Wonder Woman on and off over the years, particularly enjoying what Greg Rucka and George Perez did with the character. This is a hefty, exhaustive tome that only falls short of the Essential tag by being mostly black and white, but I think that’s the standard for these Del Rey/DC Comics partnerships.

WONDER NO MORE—GET ALL THE FACTS ON DC COMICS’ FOREMOST SUPER HEROINE!

She’s as beautiful as Aphrodite and as wise as Athena, stronger then Hercules and swifter than Hermes. Blessed at birth by the gods themselves, Princess Diana left an idyllic island paradise ruled by wise and brave women to bring the peace, love, and nobility of the Amazons to the tumultuous world of humankind. In January 1942, Wonder Woman took the world of comics—and its pantheon of superpowered males—by storm. Wielding her impervious silver bracelets and golden Lasso of Truth, she’s battled forces of evil from the Axis powers to a slew of super-villains worldwide, teamed up with the likes of Superman, Batman, Green Lantern, and the Flash, and become a high-flying feminist icon and pop-culture superstar. Now, for the first time in more than thirty years, here’s a definitive A-to-Z volume that draws together all the knowledge about the star-spangled, action-packed history of Wonder Woman. In more than 400 fact-packed pages you’ll find

Written by veteran Wonder Woman artist and writer Phil Jimenez and comics historian John Wells, The Essential Wonder Woman Encyclopedia is the ultimate archive, proving that die-hard devotees of the gorgeous go-to goddess don’t have to visit Paradise Island for a taste of heaven on earth.

The Bear (Saga of the First King #2) by R.A. Salvatore (Tor Hardcover 08/17/2010) – I read the first of this new series The Ancient a couple of years ago but never made my way to the second.

The war of Honce drags on, and the roads and seas are littered with bodies. To everyone’s stunned disbelief, Yeslnik the Fool has tipped the war’s scales in his favor. The reign of the newly self-appointed King Yeslnik is already distinguished as the most bloody and merciless in Honce history.

Trapped, Dame Gwydre and Father Artolivan concoct a desperate plot to join forces with Laird Ethelbert, the lesser of two vicious evils. But Ethelbert’s paid assassins slew Jameston Sequin and nearly did the same to Bransen.

Embittered by it all, Bransen seeks to extricate himself from the selfish goals of all other combatants. But in an odd twist of fate and crossed loyalties, Bransen sees in his old nemesis, Bannagran — the Bear of Honce and the man who slew his adoptive father — a darker image of his own heart. Allies and battle lines become tangled, motives grow indistinguishable as old friends become enemies and old enemies become allies.. 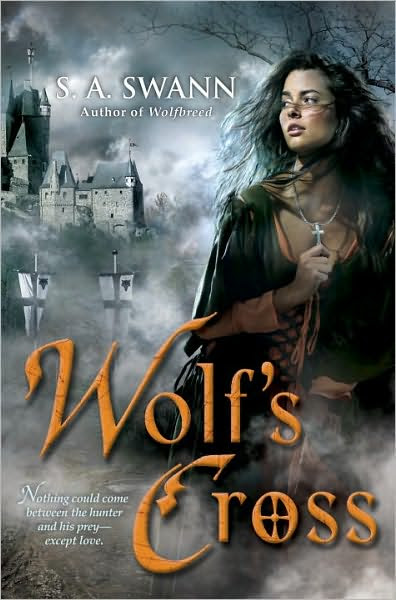 Wolf’s Cross by S. A. Swann (Bantam Spectra Trade Paperback 7/27/2010) – I read Wolfbreed last year and really enjoyed it and was pleased to know of this sequel..

S. A. Swann continues to reinvent the werewolf myth in this fantastic new novel set in the medieval world of the celebrated Wolfbreed. Like its predecessor, Wolf’s Cross is unafraid to cross boundaries and break taboos to tell an unforgettable story of romance and adventure that will forever change how you think about werewolves.

Maria lives a simple life in a small Polish village, working for the lord of the nearby fortress. Motherless since birth, Maria has been raised by her father and stepmother. Around her neck she wears—as she has always worn—a silver crucifix, to protect her from the devil. Or so her father tells her.

But when a contingent of badly mauled Teutonic knights, including a handsome and gravely wounded young man named Josef, ask for succor at the fortress, Maria’s quiet and comfortable world shatters. For the knights are Wolfjägers, an order dedicated to the extermination of werewolves, and Maria, unknowingly, is one of the creatures they hunt. Only the crucifix about her neck prevents her body from changing into a lethal killing machine.

When Maria meets Darien, a wolfbreed bent on exacting a terrible revenge on humans, she will learn the truth about herself, and find her loyalties—and her heart—torn in two.