I posted my latest review to SFFWorld yesterday, The Silver Skull by Mark Chadbourn

The story here concerns finding a missing weapon that can possibly turn the tide of the war in which England is embroiled. Although the novel takes place in the 1500s the enemy in question is not quite Spain, it is the Unseelie Court and the world of faerie. This has mostly been a hidden war for many years, but Swyfte is at the forefront of the battle lines. Swyfte has a bit of James Bond, and maybe with his sidekick Nat, something of a Holmes/Watson feel. In other words, Chadbourn hits some familiar notes with his protagonist, but he adds enough to make Swyfte more than a rehash of his fiction spy/sleuth peers.

Though not explicitly stated, this novel and the series which it launches, Swords of Albion, seems to be set in the same world as Chadbourn’s earlier novels – Age of Misrule. In that series set in modern day, the protagonists attempted to thwart the emerging threat of magical beings like dragons and fae creatures. 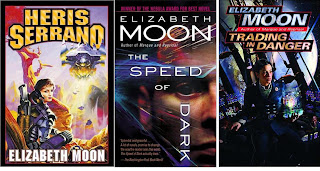 Mark and I tag teamed, or rather Mark did a lot of the leg-work and I provided a couple of questions, in an interview with Elizabeth Moon, which was posted to SFFWorld late last week. 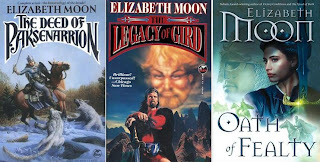