Four big reviews at SFFWorld this past week, all from the most recent usual suspects (Art, Mark, Dan, and me).

The Mad God's Amulet picks up where The Jewel in the Skull left off, with Hawkmoon and his hirsute companion Oladahn in the Middle East, Hawkmoon having rid himself of the jewel's curse and eager to return to France, Kamarg, and his betrothed Yisselda. Traveling through the desert, they come upon the ruins of an ancient city called Soryandum, but before Hawkmoon and Oladahn have a chance to investigate it, they are captured by a Granbretan regiment l ed by the Frenchman Huillam D'Averc. Mysterious wraithlike beings, the original occupants of the city, offer to help Hawkmoon and Oladahn escape from the Granbretans if they will obtain for them an artifact that will allow the beings to save Soryandum from being razed by Granbretan. What follows is a series of adventures as Hawkmoon and Oladahn make their way back to Kamarg through Granbretan-occupied lands, are waylaid by pirates and the cult of the Mad God, and search for Yisselda, whom the Granbretans finally succeeded in kidnapping. Along the way they are first pursued and then joined by D'Averc, whose skill with the blade, urbanity and fluid loyalty make him one of the most entertaining characters in the series.

Mark reviewed a book that’s been buzzing about the intarwebs recently Farlander by Col Buchanan:

Pleasingly though, there was a point in the book about halfway through where things changed. The murder of Rianna by Kirkus, leads to a vendetta killing being instigated, as she was under protection of the Roshun. Ash and Nico, with Nico’s co-trainee friend Aleas and Ash’s uneasy colleague Barachas volunteer to take on the dangerous mission and avenge her death for the Roshun. The book, like Joe Abercrombie’s Best Served Cold, becomes focused as a tale of revenge.

Now with this impetus, the book kicked up a gear. Characters started to have meaning, the dialogue became less excruciating and the action scenes kept things moving along, as long as I didn’t think about things too much. (A lot of the problems in the book could’ve been solved by using airships, it seems to me, for one.)

Dan reviewed Gardens of the Sun the conclusion to Paul McAuley's duology which began with The Quiet War:

The folk in the Outer Worlds tend to work at the far ends of a liberal spectrum while the folk on Earth work at the far end of a conservative spectrum. The Outer Worlds’ experiments have led to life spans ranging to two hundred years and cuts to their bodies to make them individually unique. A cut can be anything from the nip-and-tuck that we are familiar with to a radical gene modification.

In order to make the distances manageable, Sri Hong-Owen’s labs, in The Quiet War, came up with a fusion motor that drives space ships at really fast speeds enabling the players to get to any place in the Solar System quick.

I’ve enjoyed the novels I’ve read Chris Roberson thus far as well as the small sampling of Warhammer 40,000 fiction I’ve read. Logic would dictate that I’d enjoy Roberson writing Warhammer 40,000. This truth is born out in my review of Sons of Dorn: 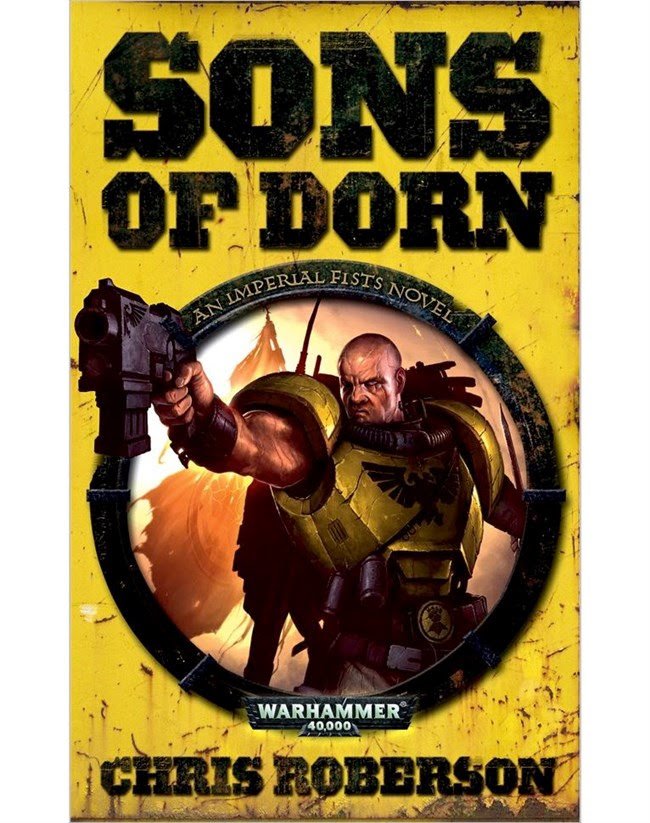 not told in the first person, Roberson emulates Starship Troopers in that Sons of Dorn follows the three recruits and former enemies through the training, through indoctrination, though the Pain Glove, through the history to their graduation as Space Marines the Adeptus Astartes. In this respect, the storyline is familiar, but it allows Roberson to flesh out the mythology of the Astartes, while also fleshing out the three recruits.

Along with the indoctrination of the three recruits, the novel also follows the story of Taelos, the captain and primary authority figure throughout the novel. His story is something of a redemption story, but nicely parallels the growth of s’Tonan, Zan, and du Queste.