A nice assortment of books this week, including the majority of the March releases from the Penguin SFF imprints, specifically a little book about a killer of kings. 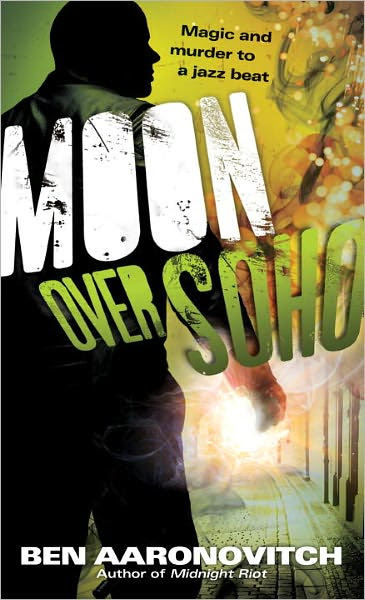 Moon over Soho by Ben Aaronovitch (Del Rey, Mass Market Paperback 03/01/2011) – Second in a new Paranormal Police procedural by a writer with experience on the Doctor Who franchise. Mark review the first book Rivers of London / Midnight Riot recently, and liked it.

The song. That’s what London constable and sorcerer’s apprentice Peter Grant first notices when he examines the corpse of Cyrus Wilkins, part-time jazz drummer and full-time accountant, who dropped dead of a heart attack while playing a gig at Soho’s 606 Club. The notes of the old jazz standard are rising from the body—a sure sign that something about the man’s death was not at all natural but instead supernatural.

Body and soul—they’re also what Peter will risk as he investigates a pattern of similar deaths in and around Soho. With the help of his superior officer, Detective Chief Inspector Thomas Nightingale, the last registered wizard in England, and the assistance of beautiful jazz aficionado Simone Fitzwilliam, Peter will uncover a deadly magical menace—one that leads right to his own doorstep and to the squandered promise of a young jazz musician: a talented trumpet player named Richard “Lord” Grant—otherwise known as Peter’s dear old dad. 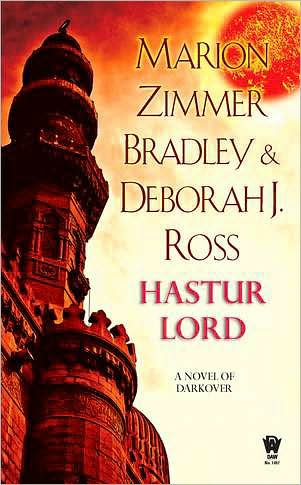 Hastur Lord (A Darkover novel) by Marion Zimmer Bradley and Deborah J. Ross (DAW, Mass Market Paperback 03/01/2010) – Bradley’s Darkover saga is popular and extremely long-running, especially considering it has been a decade since she passed away and this is a new book. (This is the paperback version of the hardcover book I received over a year ago.

The world of Darkover, a unique, isolated, and protected world, has long avoided becoming part of the technologically advanced Terran Empire. But things are about to change. Regis Hastur, lord of the most powerful of the seven Domains in Darkover, learns that the Empire is about to become a Federation, and is extending an invitation for all of the worlds to join. While the offer seems tempting to his people, Regis knows that Darkover would become little more than a military base, used for its unique planetary position, and will be sapped of its resources. He must now stop at nothing to save his world. 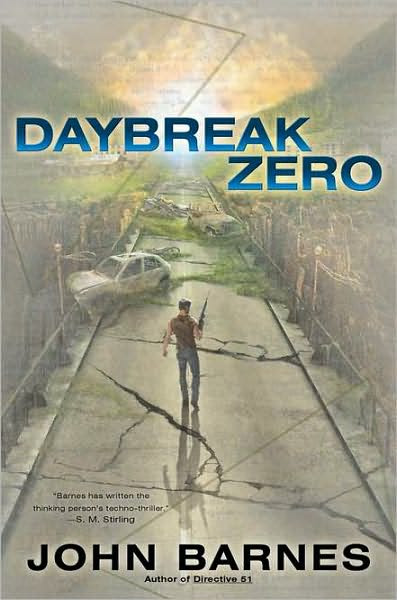 A year has passed since the catastrophic event known as "Daybreak" began. 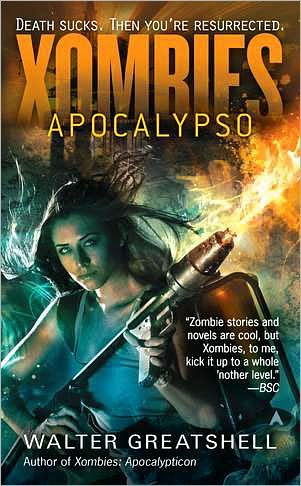 A group of women have been discovered who are immune to the Agent X plague. The secret of their immunity can provide a cure for human and inhuman alike-unless the Xombies find them first. 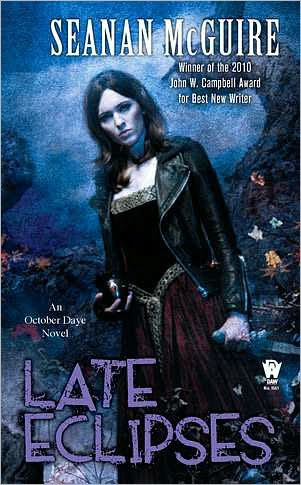 Late Eclipses (October Daye #4) by Seanan McGuire (DAW Mass Market 03/01/2010) – The October Daye books follow the adventures of October "Toby" Daye as she tries to find her footing in a world that seems a little more interested in killing her than she'd like.:

October "Toby" Daye is half-human, half-fae-the only changeling who's earned knighthood. But when someone begins targeting her nearest and dearest, it becomes clear that Toby is being set up to take the fall for everything that's happening.

With Blind Michael and his Hunt safely behind her, October "Toby" Daye is doing her best to settle back into a normal routine—or as normal of a routine as she can manage, with her personal Fetch now paying half the rent. Still, things seem to be mostly under control...until the events of a single night send everything reeling. Now, with the Queen of the Mists watching her back and the Lady of the Tea Gardens deathly ill, Toby has no choice but to get involved, no matter how much she wants to avoid it.

The trials ahead will be some of the worst faced by Toby and her strange band of allies, and not even Tybalt will be able to escape totally unscathed. What's worse, the Luidaeg is unavailable to help them. This time, they're on their own. And people keep making Toby wear dresses, which is just adding insult to dangerous injury... 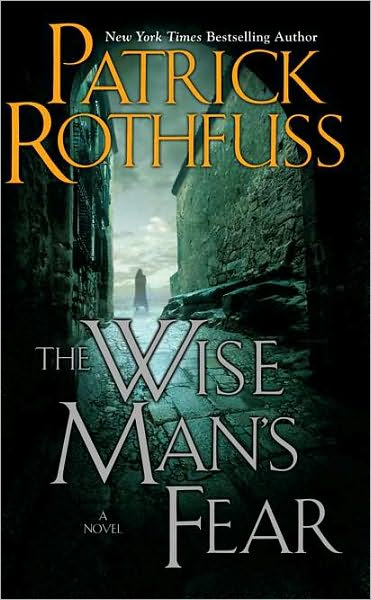 My name is Kvothe.

I have stolen princesses back from sleeping barrow kings. I burned down the town of Trebon. I have spent the night with Felurian and left with both my sanity and my life. I was expelled from the University at a younger age than most people are allowed in. I tread paths by moonlight that others fear to speak of during day. I have talked to Gods, loved women, and written songs that make the minstrels weep.

You may have heard of me.

So begins the tale of a hero told from his own point of view — a story unequaled in fantasy literature. Now in THE WISE MAN’S FEAR, Day Two of The Kingkiller Chronicle, an escalating rivalry with a powerful member of the nobility forces Kvothe to leave the University and seek his fortune abroad. Adrift, penniless, and alone, he travels to Vintas, where he quickly becomes entangled in the politics of courtly society. While attempting to curry favor with a powerful noble, Kvothe uncovers an assassination attempt, comes into conflict with a rival arcanist, and leads a group of mercenaries into the wild, in an attempt to solve the mystery of who (or what) is waylaying travelers on the King's Road.

All the while, Kvothe searches for answers, attempting to uncover the truth about the mysterious Amyr, the Chandrian, and the death of his parents. Along the way, Kvothe is put on trial by the legendary Adem mercenaries, is forced to reclaim the honor of the Edema Ruh, and travels into the Fae realm. There he meets Felurian, the faerie woman no man can resist, and who no man has ever survived...until Kvothe.

In THE WISE MAN’S FEAR, Kvothe takes his first steps on the path of the hero and learns how difficult life can be when a man becomes a legend in his own time. 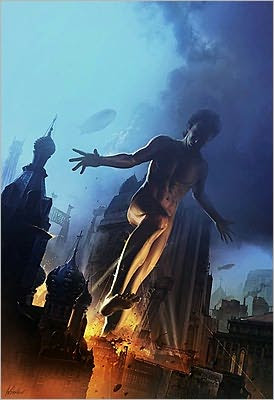 Dancing with Bears by Michael Swanwick (Nightshade Books , Hardcover 05/11/2011) – Swanwick is a major writer in the genre so whenever a new book from him publishes, it is good news. This one sounds like a lot of fun:

Dancing With Bears follows the adventures of notorious con-men Darger and Surplus: They've lied and cheated their way onto the caravan that is delivering a priceless gift from the Caliph of Baghdad to the Duke of Muscovy. The only thing harder than the journey to Muscovy is their arrival in Muscovy. An audience with the Duke seems impossible to obtain, and Darger and Surplus quickly become entangled in a morass of deceit and revolution. The only thing more dangerous than the convoluted political web surrounding Darger and Surplus is the gift itself, the Pearls of Byzantium, and Zoesophia, the governess sworn to protect their virtue. 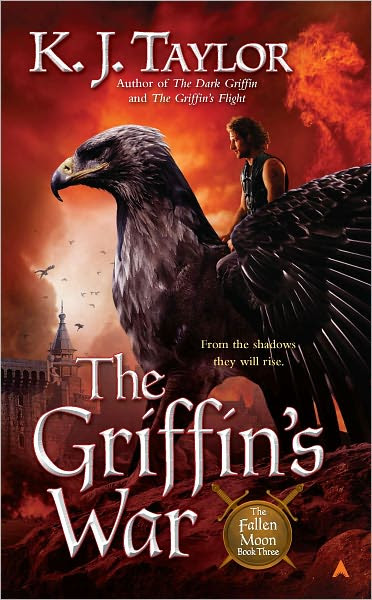 The Griffin’s War (The Fallen Moon #3) by K.J. Taylor (Ace Mass Market Paperback 2/22/11) – Third in a trilogy of books originally published in the author’s native Australia, smart move by ACE publishing these books in consecutive months

After promising his allegiance to the Night God, Arenadd Taranisaii escapes death for the second time and vows to free his people. With the dark griffin Skandar by his side, Arenadd begins to gather an army and prepare for war using the power gifted to him by the Night God to move through the shadows.

But even as Arenadd's strength grows his nemesis sets out for the Island of the Sun, seeking the one weapon that can truly kill Arenadd, the man without a heart.

Aaronovitch has got the sequel coming out so soon? That's nice.