BANTAM BOOKS AND DYNAMITE ANNOUNCE COMIC ADAPTATION OF GEORGE R.R. MARTIN’S A SONG OF ICE AND FIRE
NEW YORK, NY – February 2, 2011 – Bantam Books, an imprint of the Random House Publishing Group, announced today the acquisition of the comic book and graphic novel rights to the worldwide bestselling A Song of Ice and Fire series by George R.R. Martin. The series will be illustrated by Tommy Patterson and adapted by Daniel Abraham, the award-winning and bestselling author of The Long Price Quartet. The first issue of the monthly comic—which will be published by Dynamite Entertainment—is planned to release in late spring 2011, with compilations of the comics in graphic novel form to follow under the Bantam imprint. With the television adaptation of A Game of Thrones scheduled to air on HBO starting in April 2011, the comics and graphic novels will further expand the Song of Ice and Fire series into a new medium, creating opportunities for readers old and new to immerse themselves in this bestselling world.

ABOUT THE AUTHORS:
GEORGE R. R. MARTIN sold his first story in 1971 and hasn't stopped. As a writer-producer, he worked on The Twilight Zone, Beauty and the Beast, and various feature films and pilots that were never made. In the mid-90s he returned to prose and began work on A Song of Ice and Fire. He has been in the Seven Kingdoms ever since. He lives with the lovely Parris.

DANIEL ABRAHAM is the author of ten books and more than thirty short stories. He has been nominated for the Hugo, the Nebula, and the World Fantasy awards, and won the International Horror Guild Award. He has written the graphic novel adaptations of George R. R. Martin's novel Fevre Dream and novella "Skin Trade," and original scripts for Wild Cards: The Hard Call. He also writes as MLN Hanover and James S. A. Corey. He lives with his family in the American southwest. 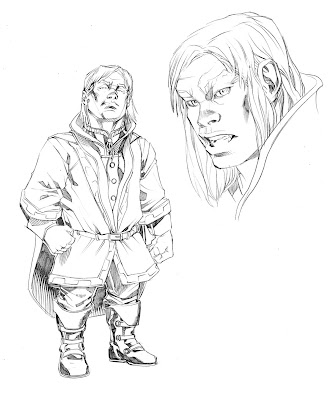 Artist TOMMY PATTERSON’S credits include Farscape for Boom! Studios, the movie adaptation The Warriors for Dynamite Entertainment, and Tales From Wonderland the White Knight, Red Rose and Stingers from Zenescope Entertainment. He has a BS in Studio Art and also works as a graphic designer. Patterson lives in Western Kentucky with his wife and daughter. 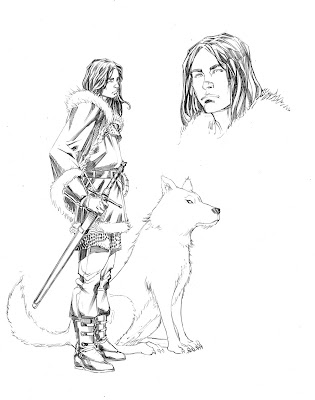 Jon Snow
ABOUT THE SERIES:
Long ago, in a time long forgotten, a mysterious event threw the seasons of the world out of balance. Now the kingdom is blessed by golden summers that go on for years, and cursed by cruel winters that can last a generation. In the cool north of this kingdom is a royal family ruled by Eddard Stark. The symbol of the royal house of the Starks is a direwolf; their motto is “Winter is coming.” As indeed, it is. For the Iron Throne of Westeros is once more under contention. With Eddard’s help, Robert Baratheon won it away from the corrupt Targaryens, who had ruled Westeros for generations. But when Eddard is summoned south to help an aging king hold the throne they both won, he finds himself enmeshed in a web of treachery and lies, as faction after faction plays that most dangerous game of all: the game of thrones.

ABOUT BANTAM BOOKS:
BANTAM BOOKS, established in 1945, is one of the most successful publishers of adult fiction and nonfiction. In addition to being the nation’s largest mass market paperback publisher, Bantam publishes a select yet diverse hardcover list, which includes the bestselling novelists Dean Koontz, Lisa Gardner, George R.R. Martin, and Louis L’Amour, one of the bestselling writers of all time. Bantam is also the proud publisher of some of the landmark nonfiction books published in the last two decades including Emotional Intelligence by Daniel Goleman, Dr. Christiane Northrup’s Women’s Bodies, Women’s Wisdom, and the #1 bestseller Flags of Our Fathers by James Bradley with Ron Powers, as well as notable bestselling memoirs, such as Iacocca by Lee Iacocca and William Novak; It Doesn’t Take A Hero by General Norman Schwarzkopf with Peter Petre, and John Glenn: A Memoir by John Glenn and Nick Taylor.

ABOUT DYNAMITE:
DYNAMITE ENTERTAINMENT, the publishing division of DYNAMIC FORCES, INC., was founded in 2004 and is home to several best-selling comic book titles and properties, including The Boys, Green Hornet, Vampirella, Warlord of Mars, Project Superpowers, Robert Jordan’s Wheel of Time and more!

DYNAMITE is consistently ranked in the upper tiers of comic book publishers and several of their titles - including Alex Ross and Jim Krueger's PROJECT SUPERPOWERS - have debuted in the Top Ten lists produced by Diamond Comics Distributors. In 2005 Diamond awarded the company a GEM award for Best New Publisher and another GEM in 2006 for Comics Publisher of the Year (under 5%). The company has also been nominated for several industry awards, including the prestigious Eisner Award.