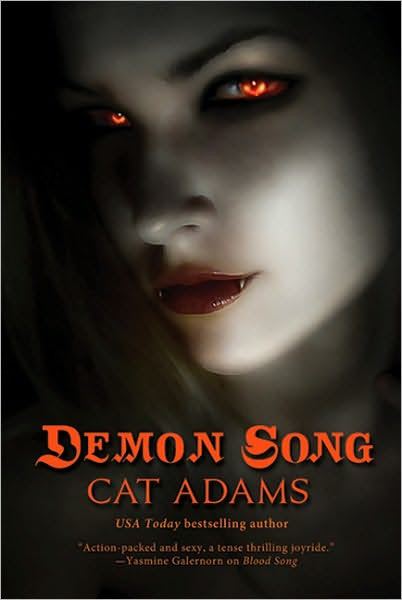 Demon Song (Blood Singer #3) by Cat Adams (Tor, Trade Paperback 03/01/2011) – Third in a series about a half-human/half-vampire professional bodyguard Celia Graves lives in an alternate California where vampires stalk the alleys at night, werewolves are dangerous animals to be feared and the police have witches and telepaths to help do their job. Of course, so do the criminals.

In a world where magic is real and the supernatural is almost normal, bodyguard Celia Graves has survived a vampire attack which made her a half-vampire and awakened her latent Siren abilities. She’s battled a Siren Queen to the death and twice faced down a demon that wants to kill her--slowly. She’s also had her heart broken--twice--by her old flame, magician Bruno DeLuca.

Perhaps the worst thing was the discovery that Celia’s life has been warped by a curse laid on her during childhood--the cause of everything from the death of her little sister to the murder of her best friend the same night that Celia became an Abomination.

An ancient rift between the demonic dimension and our own--sealed during the destruction of Atlantis--begins to open, threatening to loose all the demons of hell on humanity (including the one personally bent on destroying Celia). Celia’s hellish recent experiences have given her the unique combination of abilities needed to close the rift. But to overcome the curse, which nearly guarantees her failure, she’ll need to join forces with people she no longer trusts...and put people she has come to care about directly in harm’s way.

Jamie Carpenter's life will never be the same. His father is dead, his mother is missing, and he was just rescued by an enormous man named Frankenstein. Jamie is brought to Department 19, where he is pulled into a secret organization responsible for policing the supernatural, founded more than a century ago by Abraham Van Helsing and the other survivors of Dracula. Aided by Frankenstein's monster, a beautiful vampire girl with her own agenda, and the members of the agency, Jamie must attempt to save his mother from a terrifyingly powerful vampire.

Department 19 takes us through history, across Europe, and beyond - from the cobbled streets of Victorian London to prohibition-era New York, from the icy wastes of Arctic Russia to the treacherous mountains of Transylvania. Part modern thriller, part classic horror, it's packed with mystery, mayhem, and a level of suspense that makes a Darren Shan novel look like a romantic comedy. 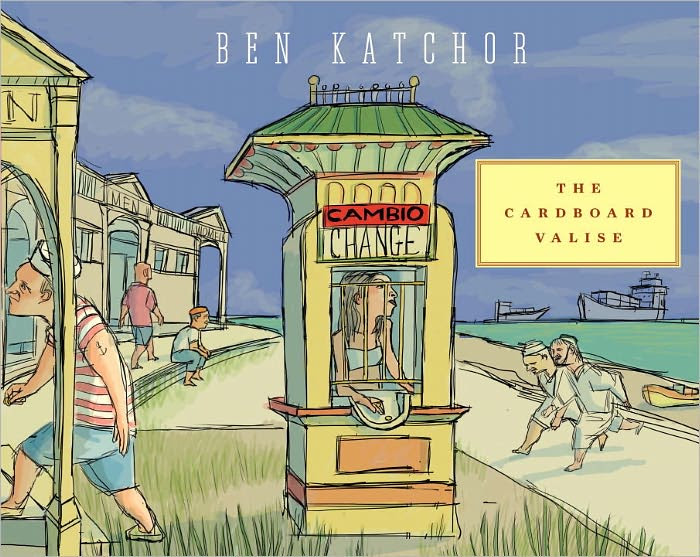 The Cardboard Valise by Ben Katchor (Pantheon, Hardcover 03/15/2011) – Black and white “quirky” independent comic about three people in a world slightly askew from ours.


Ben Katchor (“The creator of the last great American comic strip.”—Michael Chabon) gives us his first book in more than ten years: the story of the fantastical nation of Outer Canthus and the three people who, in some way or another, in­habit its shores.

Emile Delilah is a young xenophile (lover of foreign nations) so addicted to traveling to the exotic regions of Outer Canthus that the government pays him a monthly stipend just so he can continue his visits. Liv­ing in the same tenement as Emile are Boreal Rince, the exiled king of Outer Canthus, and Elijah Salamis, a supranationalist determined to erase the cultural and geographic boundaries that separate the citizens of the Earth. Although they rarely meet, their lives in­tertwine through the elaborate fictions they construct and inhabit: a vast panorama of humane hamburger stands, exquisitely ethereal ethnic restaurants, ancient restroom ruins, and wild tracts of land that fit neatly next to high-rise hotels. The Cardboard Valise is a graphic novel as travelogue; a canvas of semi-surrealism; and a poetic, whimsical, beguiling work of Ben Katchor’s dazzling imagination. 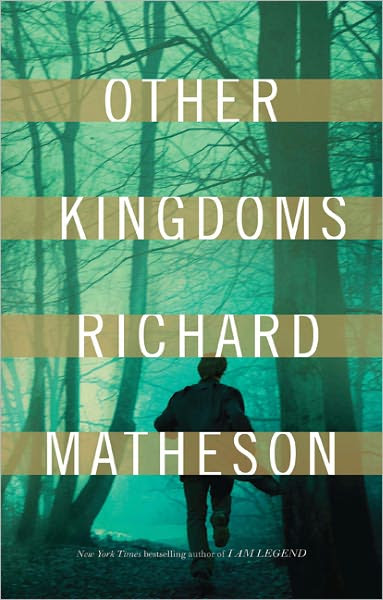 Other Kingdoms by Ricahrd Matheson (Tor, Hardcover 03/01/2011) – Matheson’s I am Legend is one of the greatest vampire novels ever and just about everything else he’s written is well…legendary. Here he turns his pen to witches…

1918. A young American soldier, recently wounded in the Great War, Alex White comes to Gatford to escape his troubled past. The pastoral English village seems the perfect spot to heal his wounded body and soul. True, the neighboring woods are said to be haunted by capricious, even malevolent spirits, but surely those are just old wives’ tales.

A frightening encounter in the forest leads Alex into the arms of Magda Variel, an alluring red-haired widow rumored to be a witch. She warns him to steer clear of the wood and the perilous faerie kingdom it borders, but Alex cannot help himself. Drawn to its verdant mysteries, he finds love, danger…and wonders that will forever change his view of the world.

Other Kingdoms casts a magical spell, as conjured by a truly legendary storyteller.
at 2/27/2011

Email ThisBlogThis!Share to TwitterShare to FacebookShare to Pinterest
Labels: Books in the Mail, Pantheon, Tor, Vampires

A younmg reader as myself, I love books. Do you think that Department 19 would pull me in. Don't give me this underage crap, I've read Stephen King, books beyond my years yet I read his "Under the Dome" and I was fascinated. I'm not comparing, I'm just asking you if you'd think I'd be pulled into it at my young age of 14.

Oh, and I read Cirque du Freak by Darren Shan. Hated the ending.

I have no idea if the book would pull you in, I haven't read it. These "books in the mail" posts are just informative in that they indicate the books I received in the mail the previous week and not necessarily that I've read the book.