Only three books after a big week of arrivals. Clearly, the publishers are taking it slower during the week before the Fourth of July. 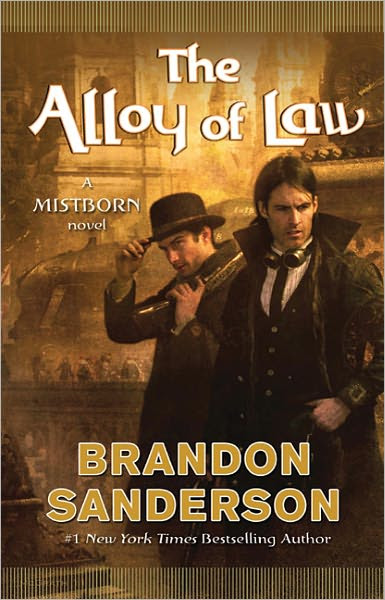 The Alloy of Law (A Mistborn Novel) by Brandon Sanderson (Tor, Hardcover 11/08/2011) – To say that I am a fan of Brandon’s writing would be an understatement, I’ve gone on record to say that Mistborn is one of my favorite completed trilogies, so this novel is more than welcome.


Fresh from the success of The Way of Kings, Brandon Sanderson, best known for completing Robert Jordan’s Wheel of Time®, takes a break to return to the world of the bestselling Mistborn series.

Three hundred years after the events of the Mistborn trilogy, Scadrial is now on the verge of modernity, with railroads to supplement the canals, electric lighting in the streets and the homes of the wealthy, and the first steel-framed skyscrapers racing for the clouds.

Kelsier, Vin, Elend, Sazed, Spook, and the rest are now part of history—or religion. Yet even as science and technology are reaching new heights, the old magics of Allomancy and Feruchemy continue to play a role in this reborn world. Out in the frontier lands known as the Roughs, they are crucial tools for the brave men and women attempting to establish order and justice.

One such is Waxillium Ladrian, a rare Twinborn, who can Push on metals with his Allomancy and use Feruchemy to become lighter or heavier at will. After twenty years in the Roughs, Wax has been forced by family tragedy to return to the metropolis of Elendel. Now he must reluctantly put away his guns and assume the duties and dignity incumbent upon the head of a noble house. Or so he thinks, until he learns the hard way that the mansions and elegant tree-lined streets of the city can be even more dangerous than the dusty plains of the Roughs. 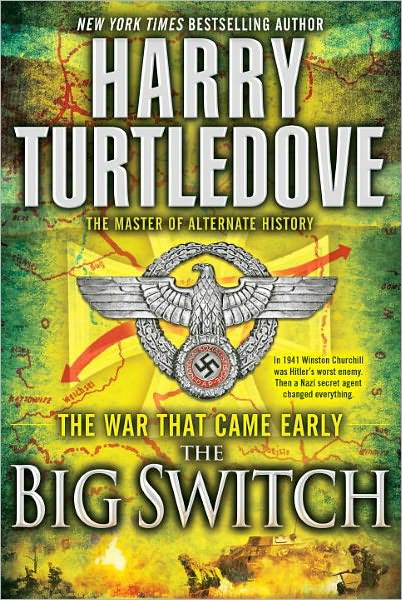 The Big Switch (The War That Came Early) by Harry Turtledove (Del Rey Hardcover 07/19/2011) – Another re-imagining of the outcome of World War II from the writing machine that is Harry Turtledove. Over the past couple of years, I’ve received over a dozen Turtledove books for review.

In this extraordinary World War II alternate history, master storyteller Harry Turtledove begins with a big switch: what if Neville Chamberlain, instead of appeasing Hitler, had stood up to him in 1938? Enraged, Hitler reacts by lashing out at the West, promising his soldiers that they will reach Paris by the New Year. They don’t. Three years later, his genocidal apparatus not fully in place, Hitler has barely survived a coup, while Jews cling to survival. But England and France wonder whether the war is still worthwhile.

Weaving together a cast of characters that ranges from a brawling American fighter in the Abraham Lincoln Brigade in Spain to a woman who has seen Hitler’s evil face-to-face, Harry Turtledove takes us into a world shaping up very differently in 1941. The Germans and their Polish allies have slammed into the gut of the Soviet Union in the west, while Japan pummels away in the east. In trench warfare in France, French and Czech fighters are outmanned but not outfought by their Nazi enemy. Then the stalemate is shattered. In England, Winston Churchill dies in an apparent accident, and the gray men who walk behind his funeral cortege wonder who their real enemy is. The USSR, fighting for its life, makes peace with Japan—and Japan’s war with America is about to begin.

A sweeping saga of human passions, foolishness, and courage, of families and lovers and soldiers by choice and by chance, The Big Switch is a provocative, gripping, and utterly convincing work of alternate history at its best. For history buffs and fans of big, blood-and-guts fiction, Harry Turtledove delivers a panoramic clash of ideals as powerful as armies themselves. 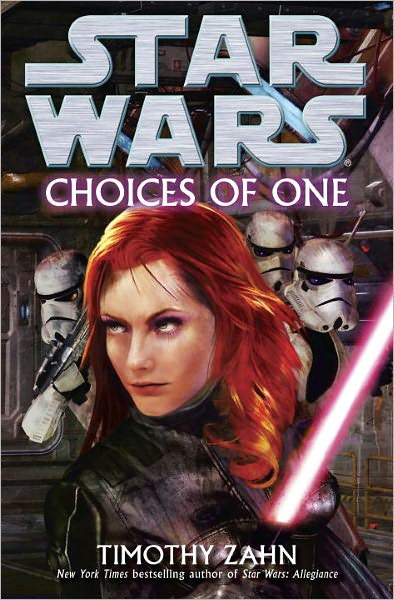 Star Wars: Choices of One by Timothy Zahn (Hardcover 7/19/2011 Del Rey). Zahn is the author who helped to really launch the Star Wars Expanded Universe novels. Here he returns to the “Classic” era.

From #1 New York Times bestselling author Timothy Zahn comes a brand-new Star Wars adventure, set in the time between A New Hope and The Empire Strikes Back and featuring the young Luke Skywalker, Han Solo, Princess Leia Organa, and the beloved Mara Jade.

The fate of the Rebellion rests on Luke Skywalker’s next move.
But have the rebels entered a safe harbor or a death trap?

Eight months after the Battle of Yavin, the Rebellion is in desperate need of a new base. So when Governor Ferrouz of Candoras Sector proposes an alliance, offering the Rebels sanctuary in return for protection against the alien warlord Nuso Esva, Luke, Leia, Han, and Chewie are sent to evaluate the deal.

Mara Jade, the Emperor’s Hand, is also heading for Candoras, along with the five renegade stormtroopers known as the Hand of Judgment. Their mission: to punish Ferrouz’s treason and smash the Rebels for good.

But in this treacherous game of betrayals within betrayals, a wild card is waiting to be played.

Don’t miss the new novella by Timothy Zahn, “Crisis of Faith,” featured in the 20th anniversary edition of Star Wars: Heir to the Empire
at 7/03/2011