We’ve got two SF novels for review this week at SFFWorld. I’m catching up with a book from a few years back and Mark reviewed one of the most anticipated SF titles for 2012. 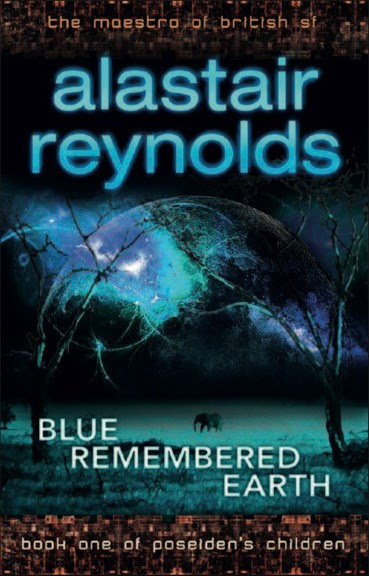 The story is focused on Geoffrey, initially a young boy living in Africa with his sister Sunday and his grandmother Eunice. As the story develops we discover that the Akinya family are quite well-to-do, and in the rapidly changing global economy are clearly one of the groups to take advantage of Africa’s burgeoning new-found wealth and economic prosperity. At the beginning of the novel they have Asher-like implants to connect them to the AI global network, the Mechanism, with human-like simulacrums by the end. With an absence of war and famine, it soon becomes clear that Humanity’s future lies in expansion to the rest of the Solar System and beyond, something Geoffrey’s family are quick to take advantage of. They have made a considerable sum mining resources from the solar system, though Geoffrey is more interested in studying elephant psychology in Africa.

It is, in essence, a generational space-family-saga of the type quite common in the 1980’s and 90’s, (see, for example, Michael Flynn’s Firestar series) though where the focus then was often US based, this one is stridently African/Asian, reflecting current trends. Though I’m not convinced that the role of Europe and North America in future space exploration would be quite as low key as it is suggested here, it’s an interesting take. And there are reasons suggested in the novel as to why this is – hints of global catastrophes (both physical and technological) which might allow the dominance of those countries as a consequence.

I read and reviewed ith the first of Eric Brown's Bengal Station Trilogy, Necropath, which is his take on the Psychic Detective: 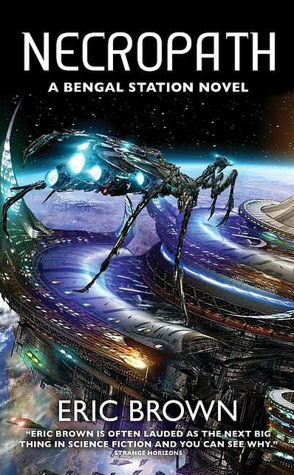 Jeff Vaughn is a telepath working on Bengal Station assisting the police in several investigations. One of these investigations is related the death of Tiger, a young girl whom he befriended. As Vaughn learns more about the cause of her death – overdose of an exotic drug called Rhapsody – a web of connections to an cult emerge and Vaughn’s life becomes increasingly endangered. He begins to suspect his supervisor, Weiss, of having connections to the illicit trade. Vaughn’s pseudo-partner helps Vaughn in his secret investigations all the while trying to urge Vaughn to come out from behind the cold barrier he’s erected around himself. As their investigations progress, Vaughn learns of a cult that worships a star god that, to this reader, had parallels the Great Old One Cthulhu. All the while Vaughn and Chandra are moving along their investigation, Brown parallels their story with that of Tiger’s sister Su (a lady of the night) as Su searches for Tiger.

Brown makes Vaughn’s ability out to be more of a curse than a power he enjoys using. Being able to read minds is not a pleasant thing and it takes a great deal for Vaughn to block out other’s thoughts. Due to events in his past, he is even more reluctant to use his ability, but he often realizes inaction would bring him more guilt than action. The whole idea of the telepathic individual and the background for the development of these individuals was very well-thought out by Brown, telepathy comes across as very plausible.

(Bit of a typo: "second Riyria Revelations omnibus by Eric Brown is an author" right at the beginning there. Feel free to delete this comment.)

Thanks Nila on both counts. I should pass my posts by you before uploading! Ahhh...the hazazrds of using old posts as templates.