Sixty One Nails, Interview, and After the Golden Age

We’ve got some more reviews up at SFFWorld, this time from some of the irregulars.

Nila White is one of the new contributor/moderators at SFFWorld, but she’s been doing a bang up job of everything. This time ‘round she did double duty with Mike Shevdon (also a member of the SFFWorld forums) reviewing his first novel, Sixty One Nails from Angry Robot books and conducting an e-mail interview with him.

Sixty-One Nails is Mike Shevdon’s first book. But it doesn’t feel like it. The characters are well defined, the plot engaging, and the story arc brings a satisfactory conclusion to the first book in a series that I predict will become one of my favorites.
…

This is a fast paced book that, if it grabs you, will leave you sleepless till you finish. It is hard to put the book down when so much is happening to the character. Because Niall is being chased for pretty much the entire book, the reader is imbued with that same sense and is impelled to finish the story. Another aspect of the book I enjoyed was the descriptions of the use of magic and the magical beings. Though these creatures are familiar to many who know English folk-lore, i.e. wraiths, fairies, leprechauns, etc, they are painted in darker hues and given a history and problems just as real as our own. This made their story just as interesting to read about as the main character’s. I was also impressed with the descriptions of Niall’s power over the ‘void’, the spaces between things, and how, when the character draws upon that power, it changes his physical appearance. Don’t ask me why, but I was reminded of Dr. Manhattan from the Watchmen.…

Again, here’s that interview with Mike, go have a look, won’t you?

Dan has written a handful of reviews for SFFWorld in the past, his latest review is of Carrie Vaughn’s After the Golden Age: 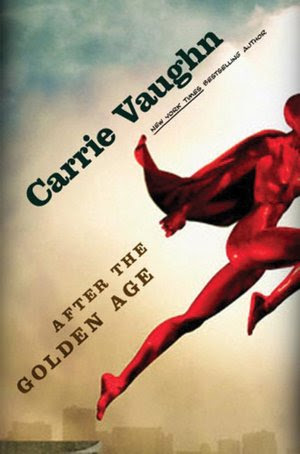 Celia West is the daughter of the leaders of a superhero crime fighting team, a fact that did not bring her much pleasure growing up. She loves her parents but can't stand being around them for great lengths of time.
…
This is a comic book without pictures – that is basic to the encounter - and it works very well. Knowing too much about the heroes and villains will detract from the enjoyment of the tale but know that the interrelationship between the characters is played flawlessly. Celia's character makes sense; her love life makes sense, and the progress toward conclusion makes sense.