It’s a frigid Sunday in February here at the local o’ Stuff. Some books arrived this week, primarily forthcoming releases from the great folks at Black Library, thought not quite as many as in past weeks. This is a good thing because I can only read so many books. Anyway, here's the rundown.... 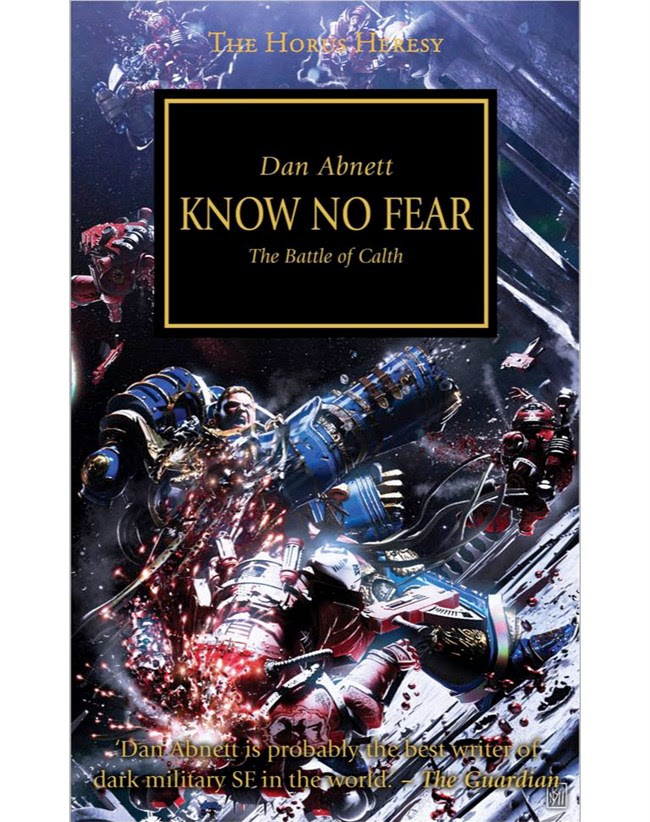 
Unaware of the wider Heresy and following the Warmaster’s increasingly cryptic orders, Roboute Guilliman returns to Ultramar to muster his Legion for war against the orks massing in the Veridian system. Without warning, their supposed allies in the Word Bearers Legion launch a devastating invasion of Calth, scattering the Ultramarines fleet and slaughtering all who stand in their way. This confirms the worst scenario Guilliman can imagine – Lorgar means to settle their bitter rivalry once and for all. As the traitors summon foul daemonic hosts and all the forces of Chaos, the Ultramarines are drawn into a grim and deadly struggle in which neither side can prevail.

When war comes to Calth and set the planet aflame, the Ultramarines face annihilation against a foe who will use any means to settle their bitter grudge. 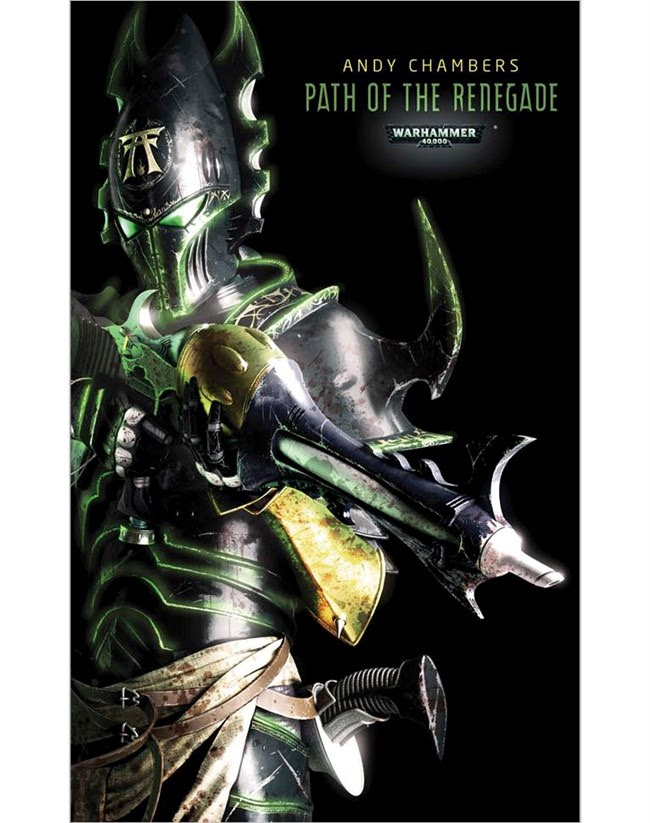 Path of the Renegade (Eldar/Warhammer 40,000) by Andy Chamber (Black Library Mass Market Paperback 03/07/2012) – Andy Chambers was lead designer for Games Workshop for many years, went to work for Blizzard and comes back to pen a new novel of the Dark Elves for his old friends.


Andy Chambers returns to the Black Library with the first novel in a new dark eldar trilogy, exploring the dark kin and their ominous city in unprecedented detail.

For millennia, Asdrubael Vect has ruled the dark city of Commorragh, crushing any who dare to cross him. His reach is long and his position unassailable... or so he thinks. Yllithian, an ambitious archon with the desire to unseat the tyrant, joins forces with a twisted haemonculus in an attempt to revive a long-dead warrior and challenge the might of the overlord, both racing to achieve their goal before Vect discovers their treachery. But a cataclysm is coming, and Yllithian’s actions may in fact be the cause... 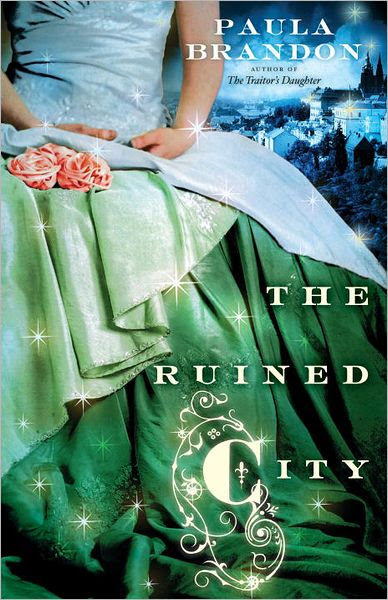 The Ruined City by Paula Brandon (Spectra Trade Paperback 02/28/2012) –Sequel / Second in the series to / of Brandon’s earlier novel, The Traitor’s Daughter, which has been getting quite a nice buzz.

Paula Brandon’s epic and captivating trilogy continues as magic and mystery wreak havoc with the very fabric of existence.

Reality is wavering. Soon its delicate balance will shift and an ancient force will return to overwhelm the Veiled Isles. Now those with the arcane talent forge an uneasy alliance in hopes that their combined abilities are enough to avert an eerie catastrophe. Yet it may be too late. The otherworldly change has begun. The streets of the city are rife with chaos, plague, and revolt. And it is here that Jianna Belandor, once a pampered daughter of privilege, returns to face new challenges.

The dead walk the streets. The docile amphibian slaves of humanity have taken up arms. Jianna’s home lies in ruins. Her only happiness resides in her growing attraction to Falaste Rione, a brilliant nomadic physician whose compassion and courage have led him to take dangerous risks. Jianna, stronger and more powerful than she knows, has a role to play in the unfolding destiny of her world. But a wave of madness is sweeping across the land, and time is running out—even for magic.

Theif’s Covenant: (Book One of Widdershins) by Ari Marmell (Pyr Hardcover 02/24/2012) – I enjoyed The Conqueror’s Shadow and thought The Goblin Corps was a blast. This is the first of a new YA series for PYR’s YA program.

Once she was Adrienne Satti. An orphan of Davillon, she had somehow escaped destitution and climbed to the ranks of the city ’s aristocracy in a rags-to-riches story straight from an ancient fairy tale. Until one horrid night, when a conspiracy of forces—human and other—stole it all away in a flurry of blood and murder.

Today she is Widdershins, a thief making her way through Davillon’s underbelly with a sharp blade, a sharper wit, and the mystical aid of Olgun, a foreign god with no other worshippers but Widdershins herself. It’s not a great life, certainly nothing compared to the one she once had, but it’s hers.

But now, in the midst of Davillon’s political turmoil, an array of hands are once again rising up against her, prepared to tear down all that she’s built. The City Guard wants her in prison. Members of her own Guild want her dead. And something horrid, something dark, something ancient is reaching out for her, a past that refuses to let her go. Widdershins and Olgun are going to find answers, and justice, for what happened to her—but only if those who almost destroyed her in those years gone by don’t finish the job first. 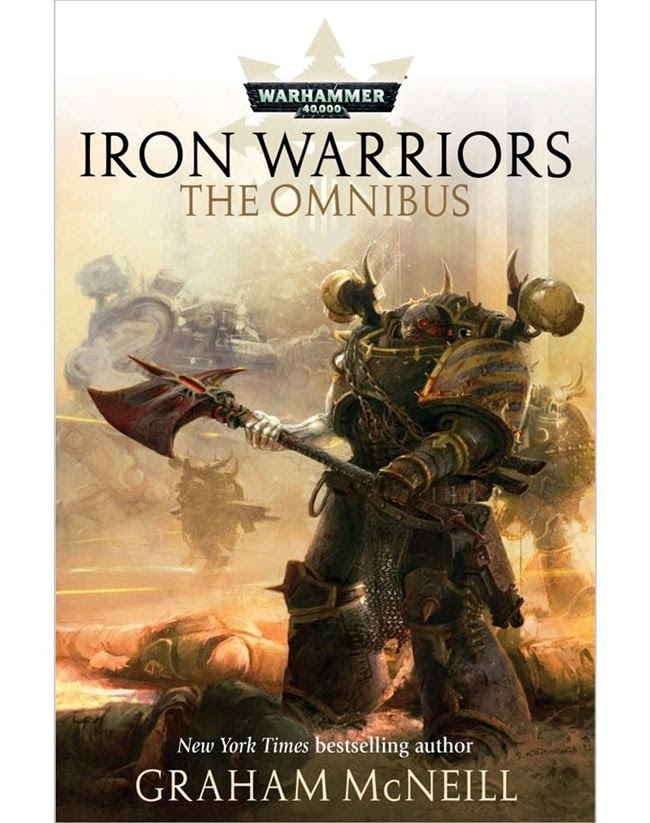 Iron Warriors: The Omnibus (The Space Marines) by Graham McNeill (Black Library, Mass Market Paperback 3/14/2012) – Graham McNeill is vying with Harry Turtledove and Dan Abnett for most review books to arrive at the o’ Stuff househould since I started doing these weekly posts. This is an omnibus of some of his early WH40K stuff.

Follow the schemes of the embittered Warsmith Honsou in his struggles against the hated Space Marines of the Imperium. Containing the novel Storm of Iron and the novella Iron Warrior, gathered alongside several Iron Warrior shorts, including two new stories.

On the nightmare battlefields of the Warhammer 40,000 universe, few foes spark more fear and dread than the Chaos Space Marines. Nurturing a hatred that is millennia-old, they attack without mercy, spreading terror and destruction in their wake. Now hell has come to Hydra Cordatus, for a massive force of terrifying Iron Warriors, brutal assault troops of Chaos, have invaded the planet and lain siege to its mighty imperial citadel. But what prize could possibly be worth so much savage bloodshed and destruction and how long can the defenders possibly hold out?

The brutal Iron Warriors lay siege to a huge imperial fortress in the classic novel Storm of Iron, collected alongside the full range of Iron Warriors short stories and novellas. 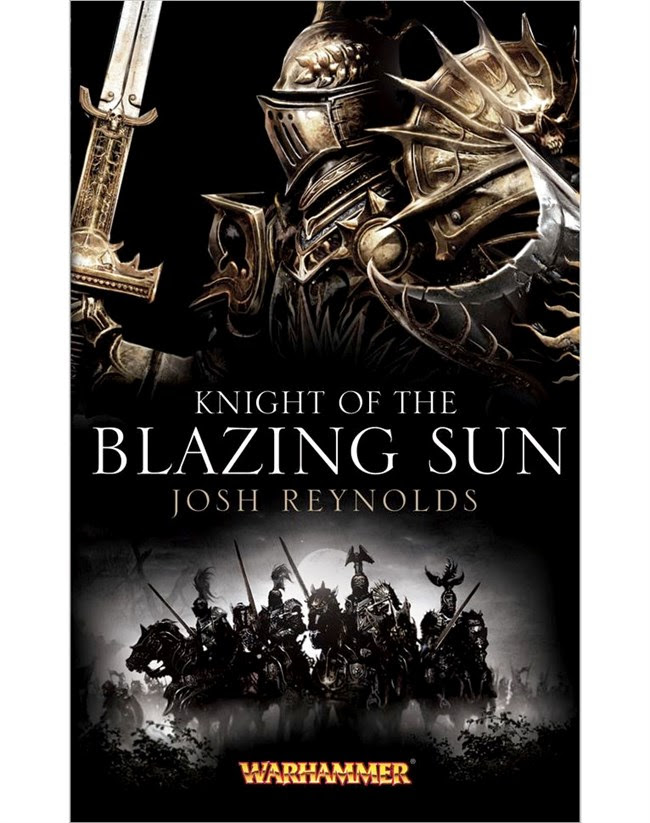 Knights of the Blazing Sun by Josh Reynolds (Black Library, Mass Market Paperback 3/14/2012) – Reynolds has written quite a bit of short fiction, this is his first Warhammer novel, which focuses on the Old Empire.

The Knights of the Blazing Sun are a noble and venerable order of templars dedicated to the warrior-goddess Myrmidia. The young knight Hector Goetz is sent to the distant island of Svunum to investigate the disappearance of a group of knights. Reunited with his comrades, he battles vicious pirates and bloodthirsty raiders, but from his increasingly disturbing nightmares Goetz realises that there is more to the place than meets the eye. As northern savages lay siege to the island, a deadly secret is revealed that threatens to damn his order for all eternity.

Actually Paula Brandon is a pseudonym so Traitor's daughter which I greatly enjoyed (not surprisingly as I really liked some of the author's novels written in the 90's under her name and even wondered if she would write more) was no debut.

Yeah, I learned that after I made the initial post when I received the ARC. I just copied and pasted the original entry, but changed it now.

I've seen the good things you and Justin have said about her books, I'm still on the fence.