This week, two patterns emerged in the books to arrive for review:

That is all, now behold those books…

The Legend of Eli Monpress (Books 1 through 3 of Eli Monpress) by Rachel Aaron (Orbit Books, Trade Paperback 02/24/2012) – I love omnibus volumes and Orbit has been putting a fair amount of their books into such grand doorstoppers. Mark Yon (aka SFFWorld's Hobbit) reviewed the first installment, The Spirit Thief, when it first published back in 2010.


Eli Monpress is talented. He's charming. And he's a thief.

But not just any thief. He's the greatest thief of the age - and he's also a wizard. And with the help of his partners - a swordsman with the most powerful magic sword in the world but no magical ability of his own, and a demonseed who can step through shadows and punch through walls - he's going to put his plan into effect.

The first step is to increase the size of the bounty on his head, so he'll need to steal some big things. But he'll start small for now. He'll just steal something that no one will miss - at least for a while.

The Legend of Eli Monpress includes the novels: The Spirit Thief, The Sprit Rebellion, and The Spirit Eater. 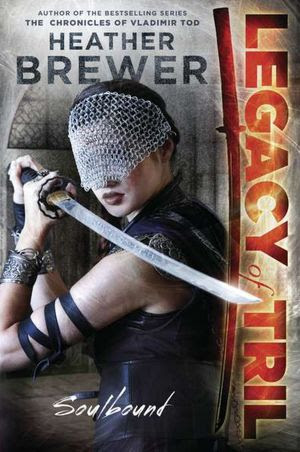 Tril is a world where Barrons and Healers are Bound to each other: Barrons fight and Healers cure their Barrons' wounds in the ongoing war with the evil Graplar King. Seventeen-year-old Kaya was born a Healer, but she wants to fight. In Tril, and at Shadow Academy, where she is sent to learn to heal, it is against Protocol for Healers to fight. So Kaya must learn in secret. Enter two young men: One charming, rule-following Barron who becomes Bound to Kaya and whose life she must protect at all costs. And one with a mysterious past who seems bent on making Kaya's life as difficult as possible. Kaya asks both to train her, but only one will, and the consequences will change their lives forever.

Heather Brewer has created a thrilling, action-packed, and romantic first installment of the Legacy of Tril series, where one strong heroine must break the rules to claim her destiny and her heart. 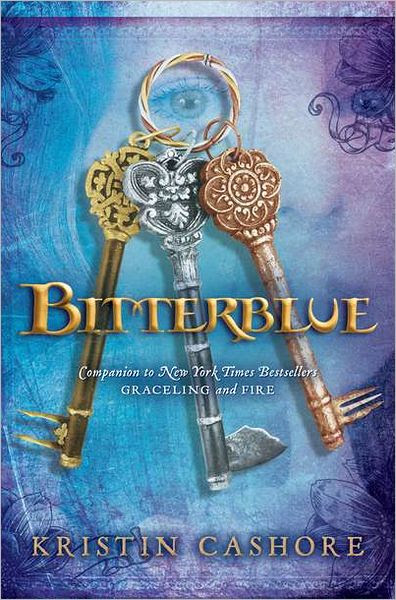 Eight years after Graceling, Bitterblue is now queen of Monsea. But the influence of her father, a violent psychopath with mind-altering abilities, lives on. Her advisors, who have run things since Leck died, believe in a forward-thinking plan: Pardon all who committed terrible acts under Leck’s reign, and forget anything bad ever happened. But when Bitterblue begins sneaking outside the castle—disguised and alone—to walk the streets of her own city, she starts realizing that the kingdom has been under the thirty-five-year spell of a madman, and the only way to move forward is to revisit the past. Two thieves, who only steal what has already been stolen, change her life forever. They hold a key to the truth of Leck’s reign. And one of them, with an extreme skill called a Grace that he hasn’t yet identified, holds a key to her heart. 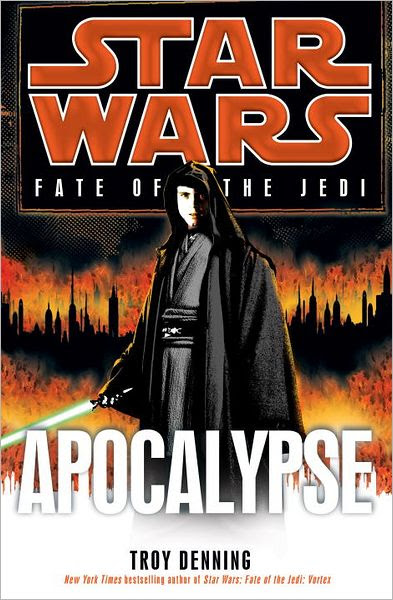 Apocalypse: (Fate of the Jedi Book Nine) by Troy Denning (Hardcover 03/13/2012 Del Rey) – Another Star Wars series comes to a close with one of the Expanded Universes best and most consistent authors, Troy Denning.

There can be no surrender.
There will be no mercy.
It’s not just the future of the galaxy at stake—
It’s the destiny of the Force.

In the stunning finale of the epic Fate of the Jedi series, Jedi and Sith face off—with Coruscant as their battlefield. For the Sith, it’s the chance to restore their dominance over the galaxy that forgot them for so long. For Abeloth, it’s a giant step in her quest to conquer all life everywhere. For Luke Skywalker, it’s a call to arms to eradicate the Sith and their monstrous new master once and for all.

In a planetwide strike, teams of Jedi Knights take the Sith infiltrators by swift and lethal surprise. But victory against the cunning and savage Abeloth, and the terrifying endgame she has planned, is anything but certain. And as Luke, Ben, Han, Leia, Jaina, Jag, and their allies close in, the devastating truth about the dark side incarnate will be exposed—and send shock waves through the Jedi Order, the galaxy, and the Force itself. 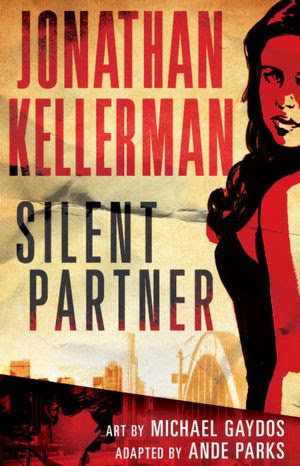 Silent Partner by Jonathan Kellerman adapted by Ande Parks and Michael Gaydos (Villard Hardcover 02/28/2012) – These graphic novel adaptations are becoming more popular and prevalent as of late. Kellerman is an award winning, best-selling suspense/thriller writer and this one features his popular Alex Delaware character.

Alex Delaware is struggling to keep his relationship with girlfriend Robin Castagna alive when a beautiful face from the past suddenly steps back into his life. Sharon Ransom was Alex’s lover back in the day—until her mind games and increasingly erratic behavior drove them apart. Now Sharon tries to rekindle old feelings and seek his help with some new troubles. Alex turns her away—a decision he bitterly regrets when Sharon ends up dead the next day.

The official ruling is suicide, but for Alex the case won’t be closed until he finds out what happened. Driven by guilt and grief, he plunges deep into the territory he knows best—where dark secrets, dangerous fears, and twisted needs prey on hearts and minds. With the aid of his trusted friend, homicide cop Milo Sturgis, Alex traces Sharon’s fatal path through a world of Hollywood high life riddled with scandal, corruption, and blood—where innocence and lives are easily lost. 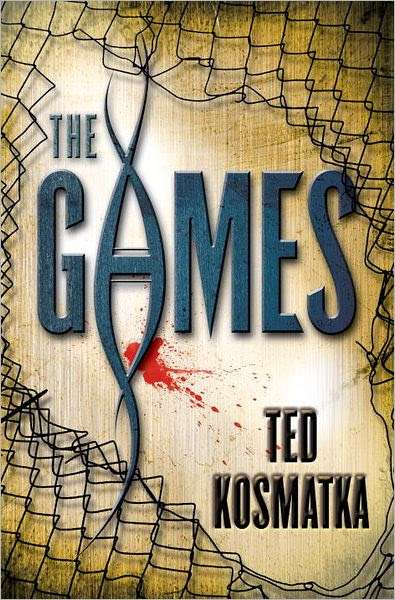 The Games by Ted Kosmatka (Del Rey, Mass Market Paperback 03/13/2012) – Nominated for short-stories, Kosmatka’s debut is a mix of SF and horror and has already received some impressive pre-publication praise.

This stunning first novel from Nebula Award and Theodore Sturgeon Memorial Award finalist Ted Kosmatka is a riveting tale of science cut loose from ethics. Set in an amoral future where genetically engineered monstrosities fight each other to the death in an Olympic event, The Games envisions a harrowing world that may arrive sooner than you think.

Silas Williams is the brilliant geneticist in charge of preparing the U.S. entry into the Olympic Gladiator competition, an internationally sanctioned bloodsport with only one rule: no human DNA is permitted in the design of the entrants. Silas lives and breathes genetics; his designs have led the United States to the gold in every previous event. But the other countries are catching up. Now, desperate for an edge in the upcoming Games, Silas’s boss engages an experimental supercomputer to design the genetic code for a gladiator that cannot be beaten.

The result is a highly specialized killing machine, its genome never before seen on earth. Not even Silas, with all his genius and experience, can understand the horror he had a hand in making. And no one, he fears, can anticipate the consequences of entrusting the act of creation to a computer’s cold logic.

Now Silas races to understand what the computer has wrought, aided by a beautiful xenobiologist, Vidonia João. Yet as the fast-growing gladiator demonstrates preternatural strength, speed, and—most disquietingly—intelligence, Silas and Vidonia find their scientific curiosity giving way to a most unexpected emotion: sheer terror.

The Hammer and the Blade (The Tales of Egil and Nix #1) by Paul S. Kemp (Angry Robot Mass Market Paperback 06/26/2012) – This is Paul S. Kemp’s first non-shared world novel, I’ve thoroughly enjoyed his work in The Forgotten Realms (The Erevis Cale Trilogy, Shadowbred, Shadowstorm, and Shadowrealm)


A pair of down-at-heel treasure hunters and incorrigible rogues. Egil is a priest, happy to deliver moral correction with his pair of massive hammers. Nix is a sneak-thief; there’s no lock he cannot open, no serving girl he cannot charm. Between them, they always have one eye open for a chance to make money – the other eye, of course, is on the nearest exit. So...

Kill a demon.
Steal the treasure.
Retire to a life of luxury.

Unfortunately for Egil and Nix, when the demon they kill has friends in high places, retirement is not an option.

A fast paced adventure redolent with the best of classic sword and sorcery tales.

Ephraim is horrified when he comes home from school one day to find his mother unconscious at the kitchen table, clutching a bottle of pills. Even more disturbing than her suicide attempt is the reason for it: the dead boy she identified at the hospital that afternoon—a boy who looks exactly like him.

While examining his dead double’s belongings, Ephraim discovers a strange coin that makes his wishes come true each time he flips it. Before long, he’s wished his alcoholic mother into a model parent, and the girl he’s liked since second grade suddenly notices him.

But Ephraim soon realizes that the coin comes with consequences—several wishes go disastrously wrong, his best friend Nathan becomes obsessed with the coin, and the world begins to change in unexpected ways.

As Ephraim learns the coin’s secrets and how to control its power, he must find a way to keep it from Nathan and return to the world he remembers.

Oh, jealous of Apocalypse! Really want to know how they close off this story arc.
A nice load of books, there. Interesting to see another thriller graphic novel. Wonder if they're actually popular beyond the Castle titles?

I am soo far behind in the SW universe, I don't know that I'll catch up unless Stover writes another SW novel.

I suspect the Kellerman will do well, there's been an uptick in crime comics and even OGNs in the past couple of years.